Two-terminal resistance change devices, so-called memristors are scalable below 5 nm due to the filamentary nature of their resistive switching, offer multi-bit operations via the analog tunability of their resistance state and directly facilitate low-power in-memory computing due to their non-volatile nature. The objectives of the proposed project are the fabrication, experimental characterization, microscopic understanding and optimization of strongly confined, nanometer scale memristor devices for computational purposes. We explore the structural properties, the microscopic conduction mechanisms and emergent functionalities upon downscaling toward the ultimate atomic limit.

Figure (a) In a biological neural network information is stored and transmitted via synapses. (b) Crossbar network of artificial synapses implemented by memristors. The inset shows a typical device layout where an insulator layer is sandwiched between two metal electrodes. (c) The operation cycle of a filamentary memristor. The electric field induced formation and disruption of a conducting filament across the insulator results in a tuneable device resistance, hallmarked by the pinched hysteresis loop in the current-voltage characteristic. 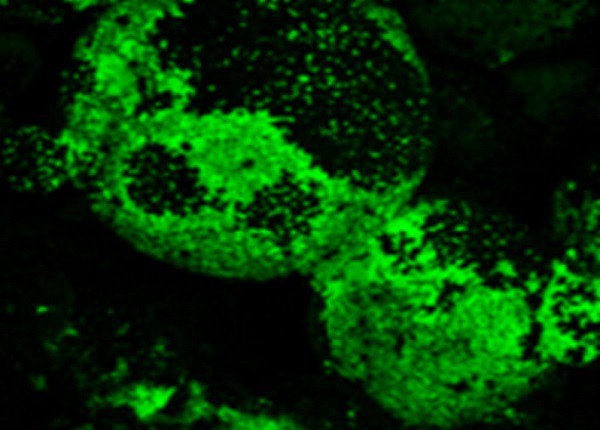 SrAl2O4 co-doped with Eu and Dy (SrAl2O4:Eu2+, Dy3+) is one of the most widely used luminescent phosphors with strong and long persistent green emission. It is commonly accepted that the characteristic green emission results from the excitation and relaxation of Eu2+, while the long afterglow effect is due to electron trapping at Dy3+. The exact trapping mechanism is however still under debate due to the lack of clean and simple model system. In the frame of a KTI project, we are working, together with the Swiss producer RC TRITEC, to establish a model system based on single crystal film of SrAl2O4:Eu2+, Dy3+ for a better understanding of the luminescent mechanism. 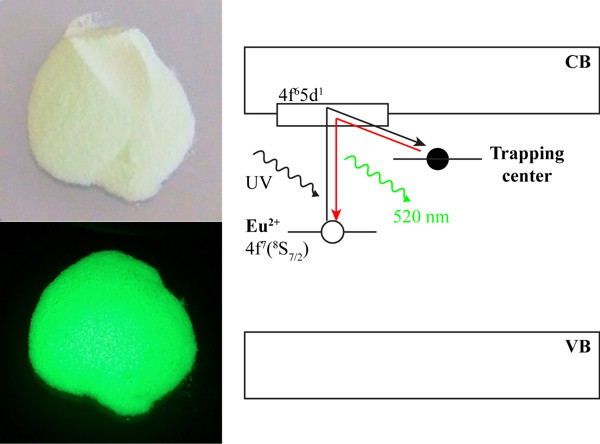 Functional oxides are recognized for their potential as next-generation electronic materials, and can be regarded as an alternative for the current semiconductor technology. Selected functional oxides can be stacked in to form multi-layer heterostructures exhibiting an enhancement of diﬀerent properties or in some cases new properties with respect to the parent compounds. We study heterostructures of copper-oxide based high-temperature superconductors and high-dielectric-constant insulators. Obtaining high quality interface requires clear understanding of the grow process: material diffusion, nucleation and the formation of crystal lattices. In- situ Reflection High-Energy Electron Diffraction (RHEED) system is used to monitor growing condition in real time. Quality of ultrathin structures is studded with different experimental technique, such as XRD, AFM, FIB-SEM, XPS and TEM. Intrinsic voltage rectification in graphene three-terminal junctions (GTTJs) is investigated, with the goal to advance understanding of physical mechanisms behind this effect. In the first part, finite element simulations based on a field-effect transistor model are made to calculate output-voltage characteristics for realistic diffusive GTTJs. Within this model, rectification is described as an electrostatic effect. The simulations fit well to a substantial number of reported experimental results and provide engineering guidelines for rectification efficiency enhancement, such as good graphene material quality and high capacitive gate coupling. According to the simulations, efficiency in diffusive GTTJs is intrinsically limited to around 60%, as a consequence of the inability to pinch off conductivity in graphene. In the second part, etched GTTJs of different sub-micron constriction widths (down to 100 nm) are fabricated on Si/SiO2 substrates and characterized electrically at 296 K and 87 K. Reproducibility of the rectification effect is demonstrated. Typical room-temperature rectification efficiencies are 10 to 20% at 100 mV input voltage, whereas efficiencies at 87 K are below 10%. The highest room-temperature rectification efficiency measured in our devices is ~40% (at 400 mV input voltage), which is higher than most efficiencies reported in the literature. Experiments show higher efficiencies at room temperature than at 87 K, in contrast to the predictions of the field-effect simulations. This indicates that mechanisms other than the field effect contribute to the rectification effect.

Surface optical waveguides in combination with subwavelength light scatterers proved to be a promising method for constructing miniaturized spectrometers.