Insulating bricks constitute an interesting alternative to the common approach of a layered construction as they incorporate both the structural and the thermal functions of the building envelope. Com-mercially available insulating bricks usually have thermal conductivities of 70-90 mW/(m·K) or more. Filling such a commercial brick with a filling based on aerogel granules, we reduced its equivalent thermal conductivity from 91 down to 59 mW/(m·K), corresponding to a U-value of these “aerobricks” of only 0.157 W/(m2·K) at a thickness of 365 mm. Hence, using aerogel, the thickness of insulating bricks can be reduced, thus gaining space and opening up new architectural possibilities. 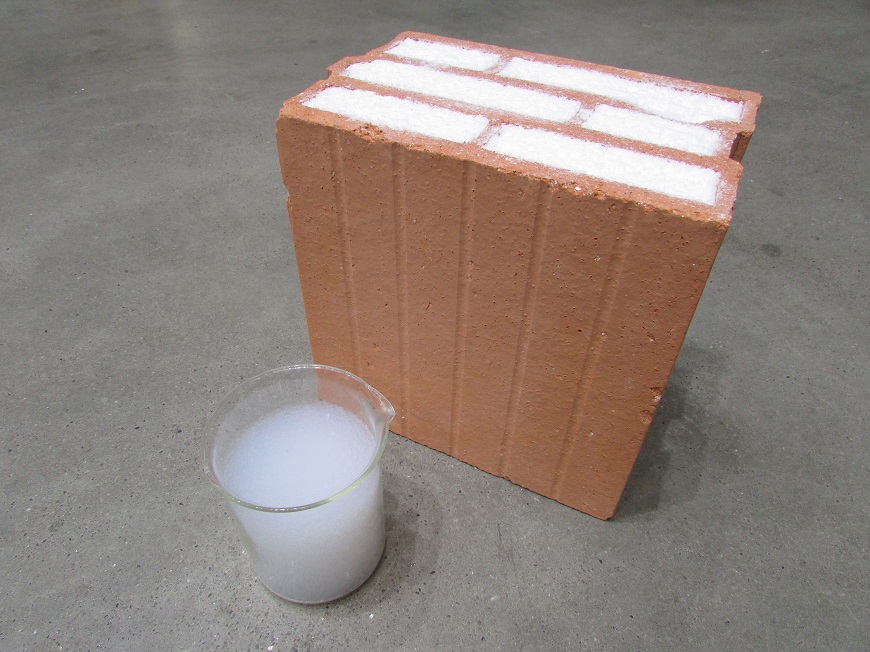 Aerobrick made at Empa. In front: aerogel granules on which the filling is based. Image: Jannis Wernery.