The largest aerogel application market is in thermal insulation of buildings, pipelines etc. The present market is dominated with silica aerogel formulations and composites of silica aerogel materials due to their well-studied and optimal properties. Cellulose and other biopolymer aerogels present an interesting alternative both in terms of biodegradability, sustainability and price/performance ratios. Cellulose in particular is the most abundant and used biopolymer material, however it is not yet an established aerogel system for thermal insulation, because the density dependence of thermal conductivity, λ, is still controversial. We produce cellulose aerogels by a novel and simple gas-phase pH induced gelation of a suspension of TEMPO-oxidized nanofibrillated cellulose (NFC). We solved the primary debate of the density-thermal conductivity for cellulose aerogels and observed a traditional U-shaped density dependence with a minimum of 18 mW•m-1•K-1 at 0.065 g•cm-3. One key aspect for the low thermal conductivity is alignment of nanofibers and pores perpendicular to the heat-flow direction, as determined by SAXS measurements. All in all, intermediate density, superinsulating cellulose aerogels can be an alternative to silica aerogels if their long-term stability and production process efficiency can be improved. 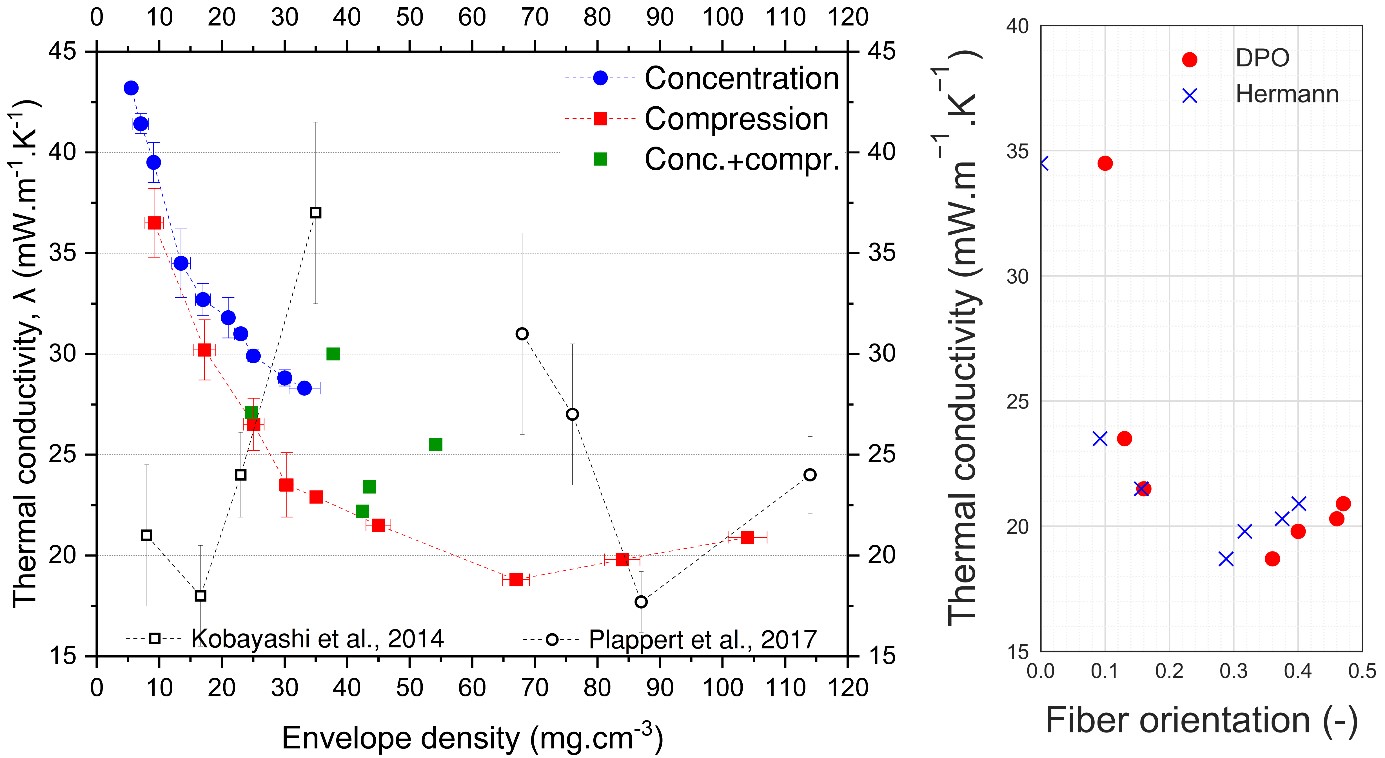