Functional silanes are multifaceted crosslinkers, compatibilizers, coupling agents and surface modifiers. In our group, we have developed novel organofunctional polysiloxane building blocks with a core-shell like structure that offer great versatility in terms of molecular weight, degree of polymerization and the choice and loading of organic substituent groups. The organofunctional polyethoxysilanes (funPEOS) are prepared in a one-pot, two-step process: synthesis of the PEOS carrier or “core”, followed by grafting a functional silane "shell. The reaction was first optimized at the laboratory scale, and then scaled-up to pre-industrial quantities. The acetylation, condensation and hyperbranched structure of the carrier were confirmed by NMR spectroscopy. Importantly, the functional groups remain intact. The molar mass is determined by stoichiometric control of the reagents.

The technology has been patented by Empa and is commercialized by the Empa spin-off Siloxene AG (https://siloxene.com/home) for a wide variety of applications. 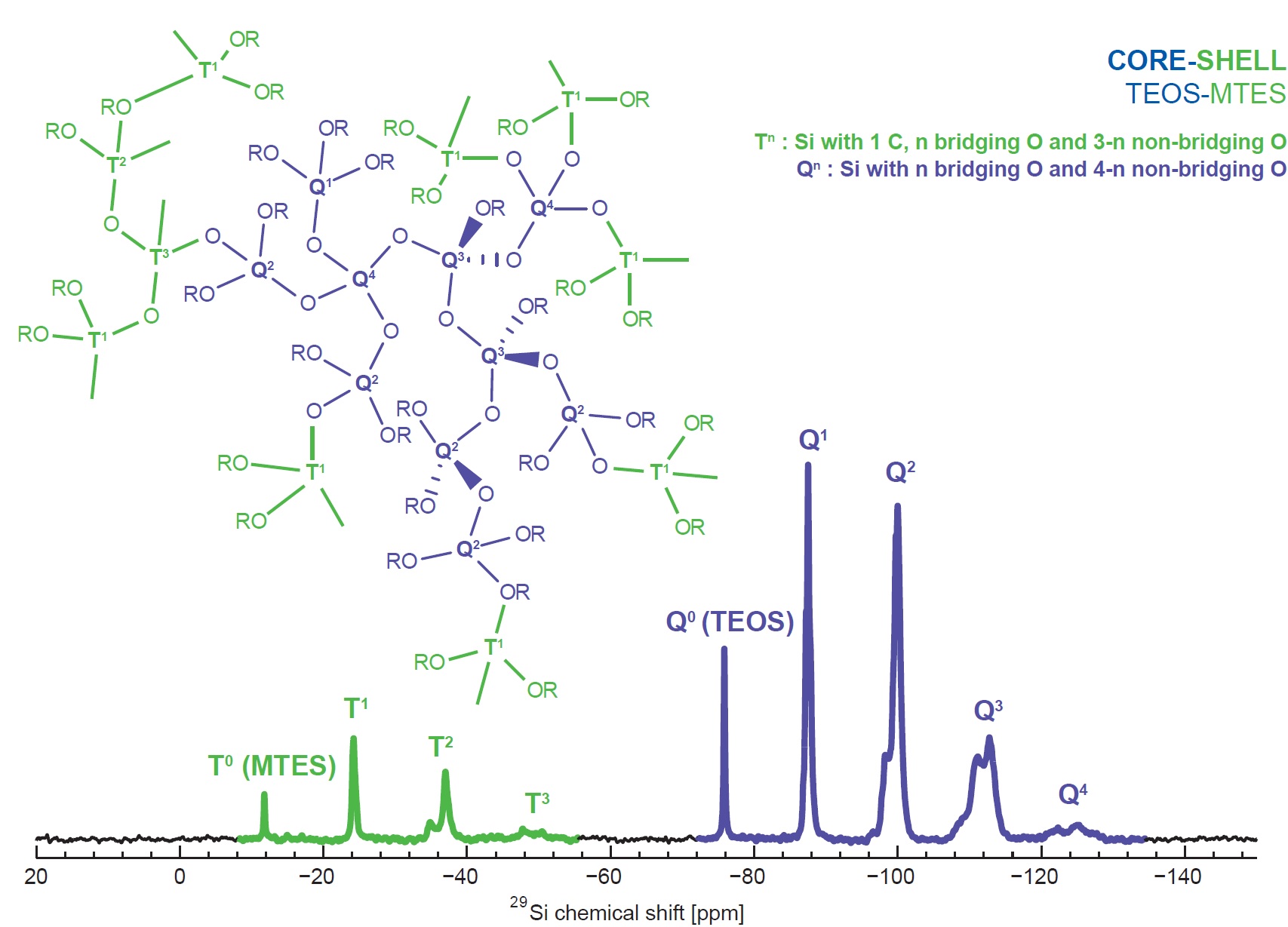