The realization of a compact X-ray laser is a current challenge. X-ray lasers as 4th generation beamlines are very powerful experimental platforms, but characterized by an "economy of scale". The development of complementary small-footprint setups is the central aim of this project.

The use of X-rays and that of lasers has fundamentally changed our society. Their combination has been realized in the last decade at a few sites around the world, where a fourth-generation beamline is in operation. "Pocket X-ray lasers" are an ambitious challenge.

X-rays have enabled a large number of uses in medicine, chemistry, physics, security, and so on. Unfortunately, X-ray emission relies on lamps of weak brilliance and whose beams are difficult to focus. The realization of a compact X-ray laser is a current challenge with immense scientific and technological advantages.X-ray lasers as fourth-generation beamlines are very powerful experimental platforms, but accessible on a discontinuous application basis. The development of small systems is the central goal of this project.

A promising technology towards turnkey tabletop systems is represented by plasmas. Microplasmas, either generated by means of laser irradiation of targets (LPP) or by means of gas discharg-es (DPP), can be routinely produced on a home lab tabletop. The radiation, for extreme conditions of plasma temperature and density, is in the soft x-ray domain. The most prominent advantage from plasma radiation is the emission of a monochromatic characteristic spectrum of lines. These lines are related to the stimulated relaxation of the collisionally excited states. Unfortunately plasmas have not been able to deliver hard X-ray lasers. 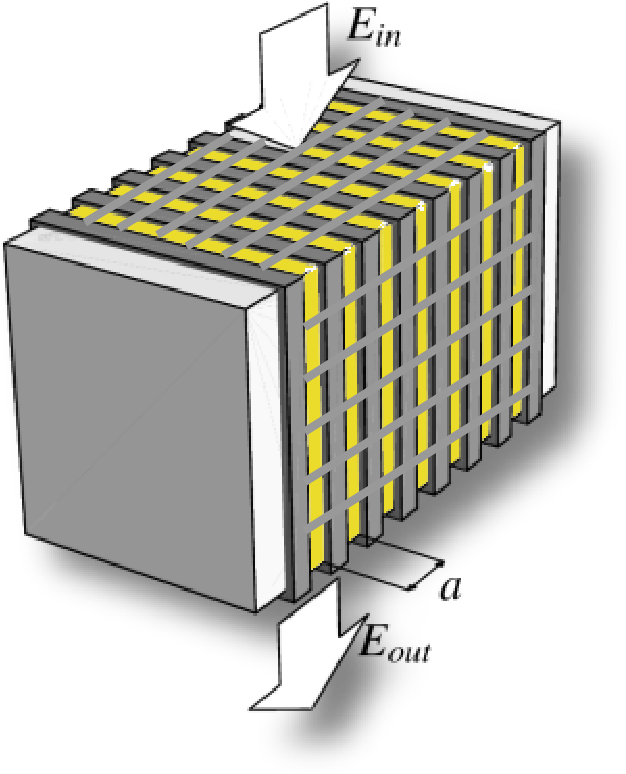 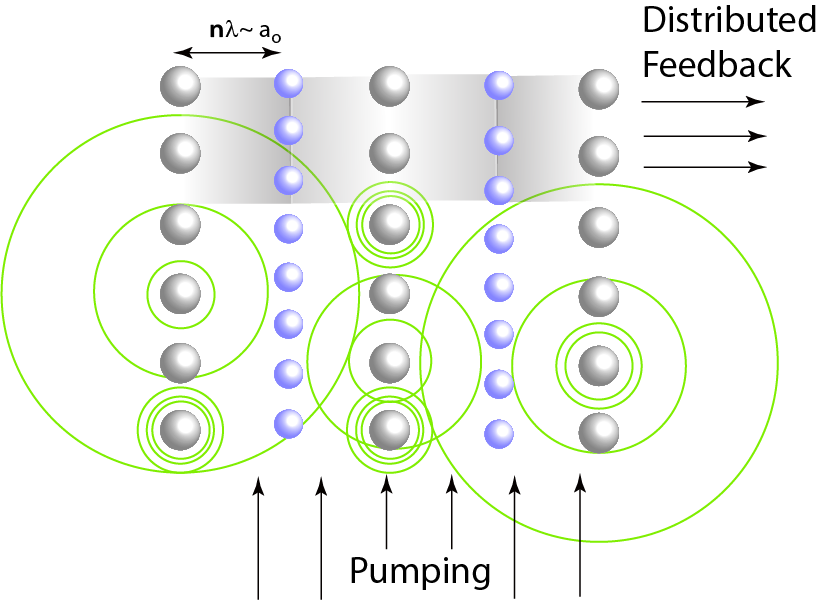 The fundamental idea investigated in this project is that x-ray fluorescence, resonant with the lattice parameter of the host material, may experience distributed feedback and gain. In the x-ray region, the natural periodicity of the electronic charge density in crystals hints at strong Bragg coupling, as proposed theoretically by Yariv 1974.

The project is part of the EuPRAXIA Consortium, which is included in the ESFRI Roadmap 2021 for priority research infrastructures.