Shrinkage cracks weaken concrete members structurally and may act as preferred pathways for ingress of aggressive agents into concrete, thereby jeopardizing its durability. In addition, for special applications, i.e. fair face concrete or concrete surfaces for which special cleanliness is required, all visible cracks should be avoided by design. The main cause of shrinkage is loss of moisture due to evaporation (plastic shrinkage and drying shrinkage). At early age, as the temperature of concrete first increases due to hydration heat and decreases, rapid thermal shrinkage may lead to cracking. In addition, in concrete with low water to cement ratio, hydration of cement results in self-desiccation and in autogenous shrinkage. The rate and magnitude of shrinkage depend on the microstructure (especially on the pore structure) of the cementitious binder, on its chemistry (chemical shrinkage) and on amount and type of aggregate. The mechanisms of shrinkage and cracking of concrete are generally poorly understood. Different measures to reduce shrinkage (expansive agents, shrinkage-reducing admixtures, external or internal water curing, etc.) have been developed, but they are not always efficient or applicable. Moreover, as new binder systems and admixtures are developed, their influence on shrinkage and shrinkage cracking is unknown. 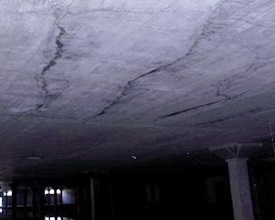 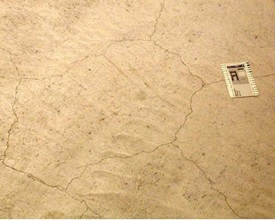 Drying shrinkage
When hardened concrete is exposed to an ambient with low relative humidity, it loses moisture until its internal relative humidity equilibrates with the external one. Drying shrinkage takes place due to the development of pore fluid pressure caused by desaturation of pores in hardened concrete exposed to drying. Due to the relative humidity gradient between the surface (which dries quickly) and the interior, the surface would tend to shrink more than the bulk, which results in tensile stresses and cracks. 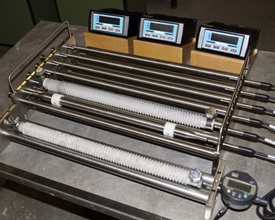 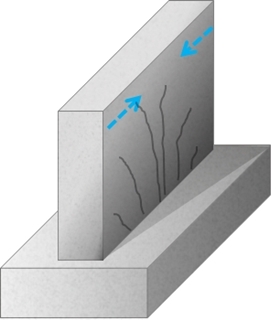 Thermal deformations
Concrete elements at early age experience temperature increase due to the exothermic nature of cement hydration. Further cooling leads to contraction of hardened concrete and buildup of thermal stresses. The prediction of thermal deformation requires precise measurements of the coefficient of thermal expansion (CTE), which is also dependent on the internal relative humidity of the concrete.