When fluorescent dye molecules nestle perfectly together, something completely new is created: an excited state distributed over many molecules. Such collective excitations can be used in a variety of ways – for organic solar panels, in sensors, for ultrafast data transmission or in microscopy, for example. Empa researchers, together with colleagues from ETH Zurich, EPFL, the Paul Scherrer Institute (PSI) and IBM Research Zurich, have succeeded in making such chemical light amplifiers ten times more efficient than before. 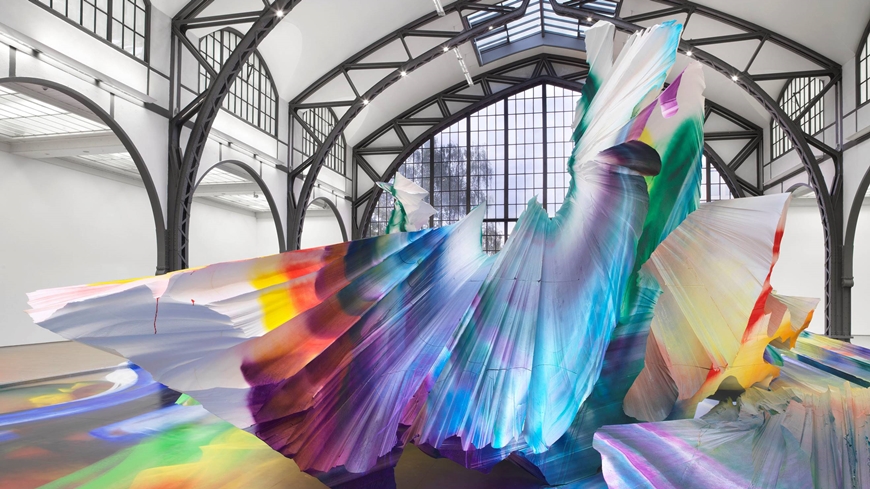 Revolution through dyes: What artist Katharina Grosse showed at the Hamburger Bahnhof in Berlin sometimes succeeds in chemistry, too. Sculpture: Katharina Grosse, "It wasn't us", 2020. Photo: Jens Ziehe. ©2021, ProLitteris, Zürich.

"What we see here is energy transfer that is much faster than in any semiconductor," enthuses Jakob Heier. The physicist works in Empa's Functional Polymers lab, and the discovery he has made with his team could cause a stir in many areas – such as sensor technology, optical data transmission or the fabrication of organic solar cells. We are talking about islands of dye molecules with a perfect, internal structure. Among experts, such structures are called J-aggregates. Although they have been known for more than 80 years, they recently attracted renewed attention in research. This is due to the special electronic inner life of these dye islands.

To understand what Heier and his colleagues have found, a short excursion into the world of dyes is helpful: If a dye is to glow, the molecule must first be activated – also with light. Optical brighteners in detergents, for example, absorb UV light and emit bluish (visible) light – which is why white garments shine so brightly in the UV light of a club. The emitted light is lower in energy than the light used to activate the dye, because part of the energy is converted into vibrations, i.e. heat, in the dye molecule.

The J-aggregates studied by Heier and Empa PhD student Surendra Anantharaman behave differently from individual dye molecules. In these molecular islands, the dye molecules are well ordered and very close together, much like matches in a box. In this constellation, the dye molecule does not "have" to glow, but "can" pass on its energy to a neighboring molecule.

Compared to classic semiconductors made of silicon, there is a crucial difference, though: In a silicon semiconductor, such as a solar cell, the excitation energy is transported via charge carriers, for example electrons, which "hop" through the material, so to speak. In J-aggregates, on the other hand, the electrons only oscillate back and forth in the dye molecule and never leave it. Instead of electrons, only oscillations are transmitted – similar to transmitting and receiving antennas in the macroscopic world. In fact, J-aggregates can "transmit" energy on the smallest scale – extremely fast and across hundreds of molecules.

The phenomenon of J-aggregates and their special energy transmission was first discovered as early as 1936 by Edwin E. Jelley in the US and Günter Scheibe in Germany. But up to now, about 95 percent of the radiated energy was lost and could not be transmitted. "Construction errors" in the system were to blame. In reality, the molecules were not so perfectly aligned. And whenever the energy pulse encountered one of these defects during its journey through the J-aggregate, the energy transport was interrupted. An ordinary molecular vibration terminated the transfer, a bit of heat was generated, and the game was over. 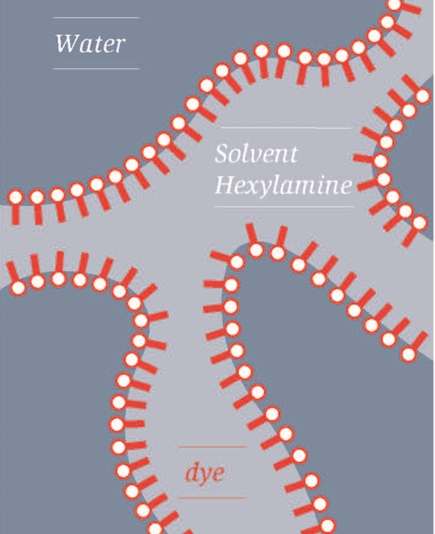 Like matches in a box, dye molecules line up at the phase boundaries of a bicontinuous emulsion. This is the only way for signal transmission to succeed. Illustration: Empa

The Empa team, supported by researchers from ETH Zurich, EPF Lausanne, PSI and IBM Research Zurich, has now succeeded in developing a dye system, in which up to 60 percent of the incoming light is re-emitted. This also means that up to 60 percent of the energy can be transmitted without loss – compared to the previous five percent, this is a sensation. The key to success was perfectly constructed dye islands that had been created in a fine emulsion of water and hexylamine. An emulsion is a mixture of liquid droplets in another liquid – milk or mayonnaise are emulsions that everyone is familiar with.

The Empa researchers observed that not just any emulsion would do the job: It had to be a so-called bicontinuous emulsion, which means the droplets suspended in the outer liquid must not be distant from each other, but must have combined to form streak-like structures. Only then does the dye under investigation form the desired defect-free J-aggregates and can "send" the absorbed energy over long distances without loss. Thus, dye molecules line up in a bicontinuous emulsion – similar to matches in a box. Only then does signal transmission succeed.

Failures are part of the game

The study that has now been published also mentions – in good scientific tradition – the failed attempts and the history of the successful experiment. After all, chemists and physicists all over the world should be able to build on the experience of the Empa team. For example, it was not possible to crystallize the dye in the form of thin films on a solid surface. Too many defects in the crystals ruined the transfer. Aqueous solutions, in which the dye aggregates into tiny droplets, likewise do not work. Only bicontinuous emulsions lead to signal transmission – and only if there are individual dye molecules left in a liquid phase that can fill holes and close gaps in the J-aggregates – in other words, "repair" defects.

What applications are conceivable? 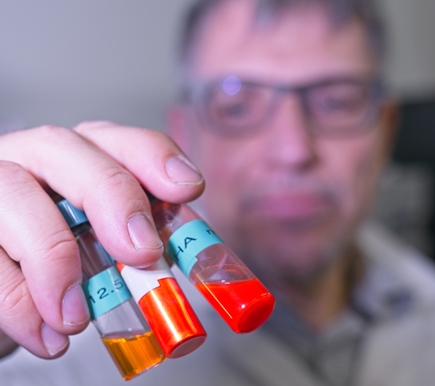 The researchers certainly still have a long way to go before what they have now achieved in an emulsion can be made technically useful. But signal transmission through dyes could penetrate many areas of everyday life. For example, it is possible to capture weak infrared light with the help of these dyes and convert it into digital signals with the help of quantum dots – an advantage for sensor technology and solar cells, which are supposed to provide electricity even in very weak light. Because of their unique properties, J-aggregates also lend themselves to applications in quantum computers and optical data transmission.

Finally, the signal-conducting dye aggregates could become useful in diagnostics in living tissue: Infrared light, or thermal radiation, penetrates deep into human tissue without damaging cells. J-aggregates could make this radiation visible and digitize it. This could greatly facilitate and improve high-resolution microscope imaging of living tissue. 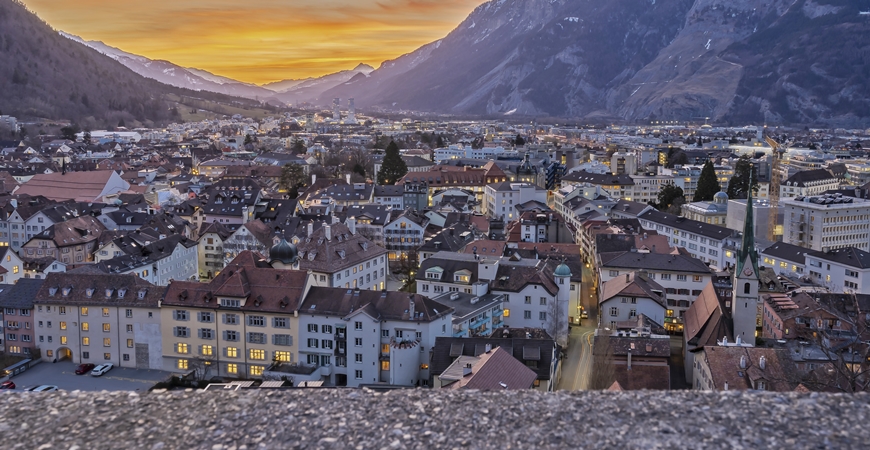 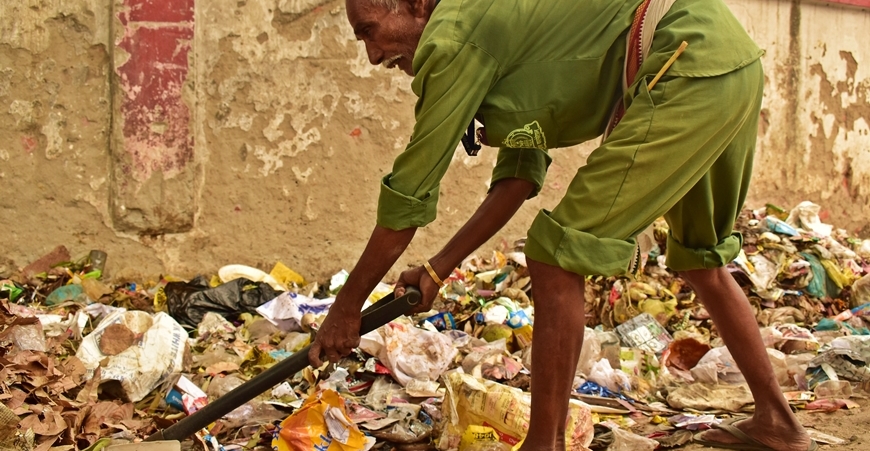