Bacteria from an Indian landfill could help eliminate contaminated chemicals. The focus is on pesticides such as lindane or brominated flame retardants, which accumulate in nature and in food chains. Researchers at Empa and Eawag used these bacteria to generate enzymes that can break down these dangerous chemicals. 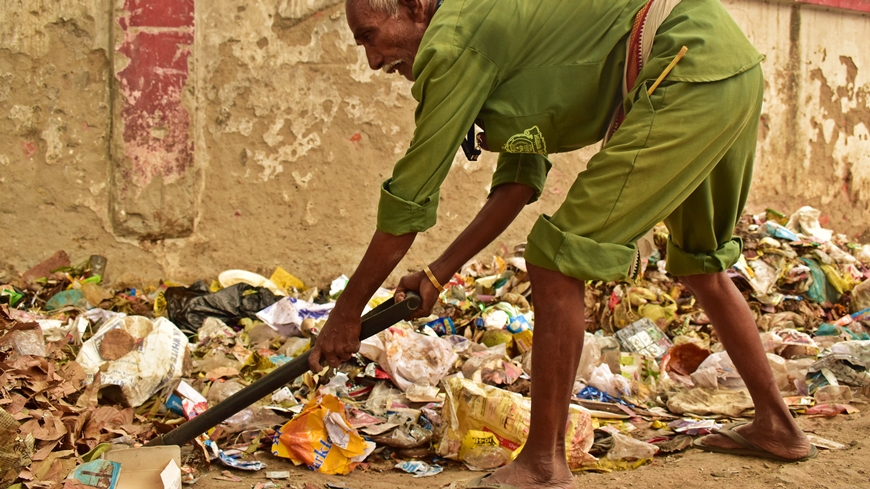 Hiding in the midst of trash are valuable bacteria that can degrade environmental toxins. Image: Avinash Kumar for Unsplash

The production of chemicals is a cumbersome business. Often, only a small part of what is actually wanted is produced in the factory. The large remainder is unusable – or even worse. Examples? The defoliant "Agent Orange" used by the US army in the Vietnam War was produced in great hurry. It contained dioxin as an impurity. As a result, not only did trees in the combat zone lose their foliage, but US soldiers and Vietnamese civilians also fell ill with cancer years later.

There are also examples from agriculture: In the production of the insecticide lindane, a hexachlorocyclohexane (HCH), only less than 15 percent of the desired substance is produced; 85 percent of the reaction broth is hazardous waste. In the 1950s, this toxic mixture was still sprayed in its entirety on fields and orchards. Later on the effective lindane was separated and sold pure, the rest being dumped in landfills. There the chemicals often still lie today. Lindane has been banned in the EU since 2007, and it has not been used in Switzerland for some time.

The flame retardant hexabromocyclodecane (HBCD) is also a mixture of several substances. It was invented in the 1970s, produced on a scale of several 10,000 tons per year and used in polystyrene insulation boards for house facades, in textiles and in plastics for electrical appliances. It has been banned worldwide since 2014. In Switzerland, plastic containing HBCD is not recycled, but must be destroyed in waste incineration.

Since 2004, the Stockholm Convention on Persistent Organic Pollutants has regulated the handling of such long-lived environmental toxins. Switzerland ratified the agreement in 2003, but all these substances are already in the environment – and finely distributed. HBCD is found in sewage sludge, in fish, in air, water and soil. In 2004, World Wildlife Fund (WWF) took blood samples from eleven European environment ministers and three health ministers and detected HBCD and lindane in the blood of every single one of them.

Bacteria, the rescuers from the soil 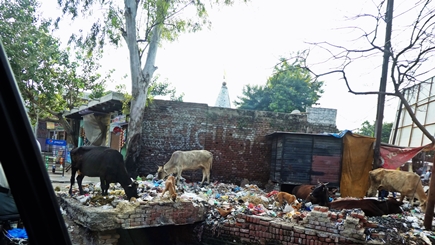 It begs the question: Can we recapture or detoxify the chemical waste of past generations? Fortunately, scientists aren't shying away from icky places in their search for solutions. In 1991, they discovered three strains of bacteria that could consume lindane and its useless chemical siblings in chemical waste sites in France, Japan and India almost simultaneously: Sphingobium francense, Sphingobium japonicum and Sphingobium indicum. Could these bio-cleaners perhaps also digest the flame retardant HBCD and other toxins?

Empa chemist Norbert Heeb and Eawag microbiologist Hans-Peter Kohler, together with researchers from the Zurich University of Applied Sciences (ZHAW) and two Indian institutes, put them to the test. They modified the genes of the Indian bacteria and produced HCH-degrading enzymes in pure form. An enzyme is a protein molecule, a bio-catalyst so to speak, with which bacteria, but also other living cells, can build up or break down chemical substances. The pollutant molecule HCH inserts itself into the enzyme like a key into a lock. Then part of the molecule is split off. The now harmless fragments are released again, and the enzyme is ready to take up the next pollutant molecule.

Together with undergraduate student Jasmin Hubeli, Heeb investigated not only the enzyme variants found in landfills, but also an enzyme obtained from a genetically modified bacterial strain. Here, the researchers had deliberately enlarged the "keyhole" so that the larger HBCD molecules could be broken down more easily. The result: The genetic modification influenced the rate, at which the pollutant was broken down.

Empa researcher Heeb is hopeful about their results: "This means that we now actually have a chance to use biological methods to render harmless these long-lived toxins produced by mankind and distributed over large areas." There is still a long way to go, however. The lock-and-key principle of helpful enzymes still needs to be figured out in more detail before tailor-made enzymes for chemical toxins are available in the future. 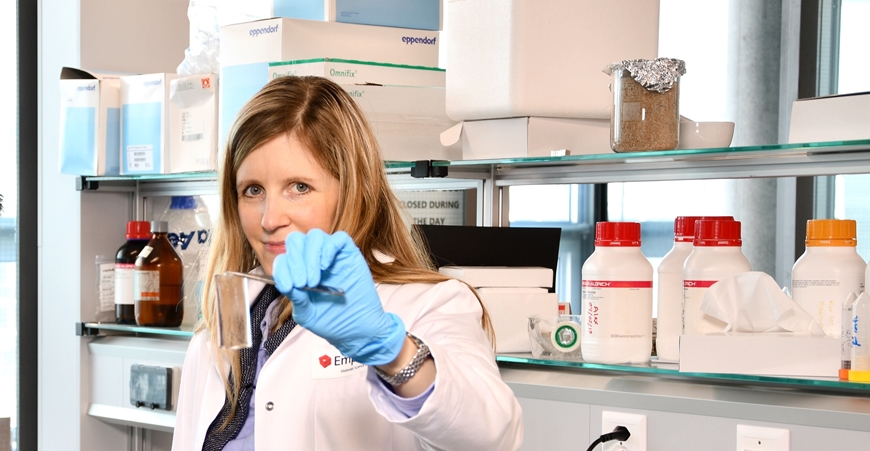 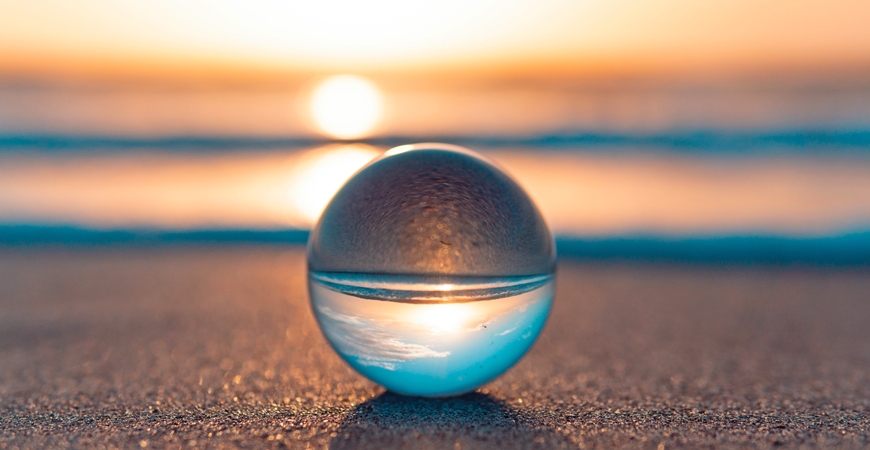 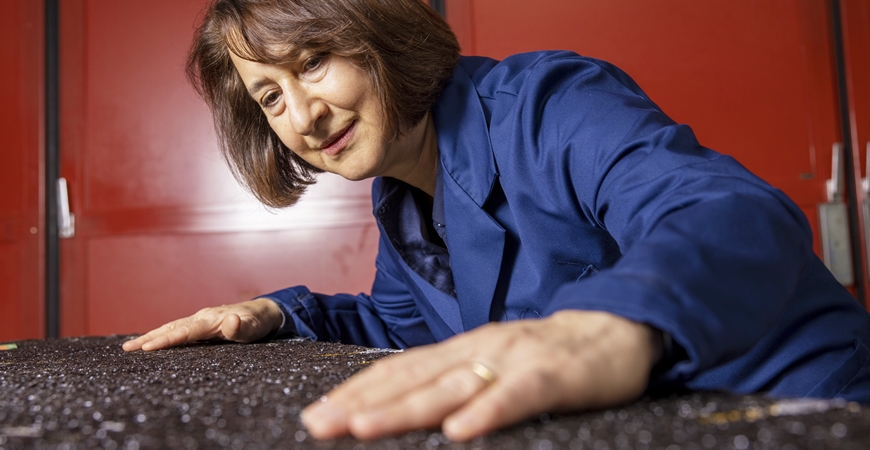