Tension members made e.g. from pultruded CFRP wires are very attractive in term of corrosion and fatigue resistance at lowest weight compared to steel solutions. However their full potential can be only exploited with adequate load introduction devices preventing premature failure due to shear and compressive stress concentrations in the anchorage. The solutions developed at Empa in 1990’ies allowed high efficiency but were too expensive for extensive civil engineering applications and too bulky for many other applications. In the present project, new anchorage systems are developed with help of non-linear numerical modelling and simulation and numerical optimization. Intensive characterization of the materials used under combined loading and temperature is necessary as inputs to the modelling work. The new concept allows a drastic reduction of the manufacturing time (1/10 at least) at same or even better quality. Long-term behavior of the cables will be addressed experimentally as their creep and fatigue resistance are expected to determine the service life of the system. 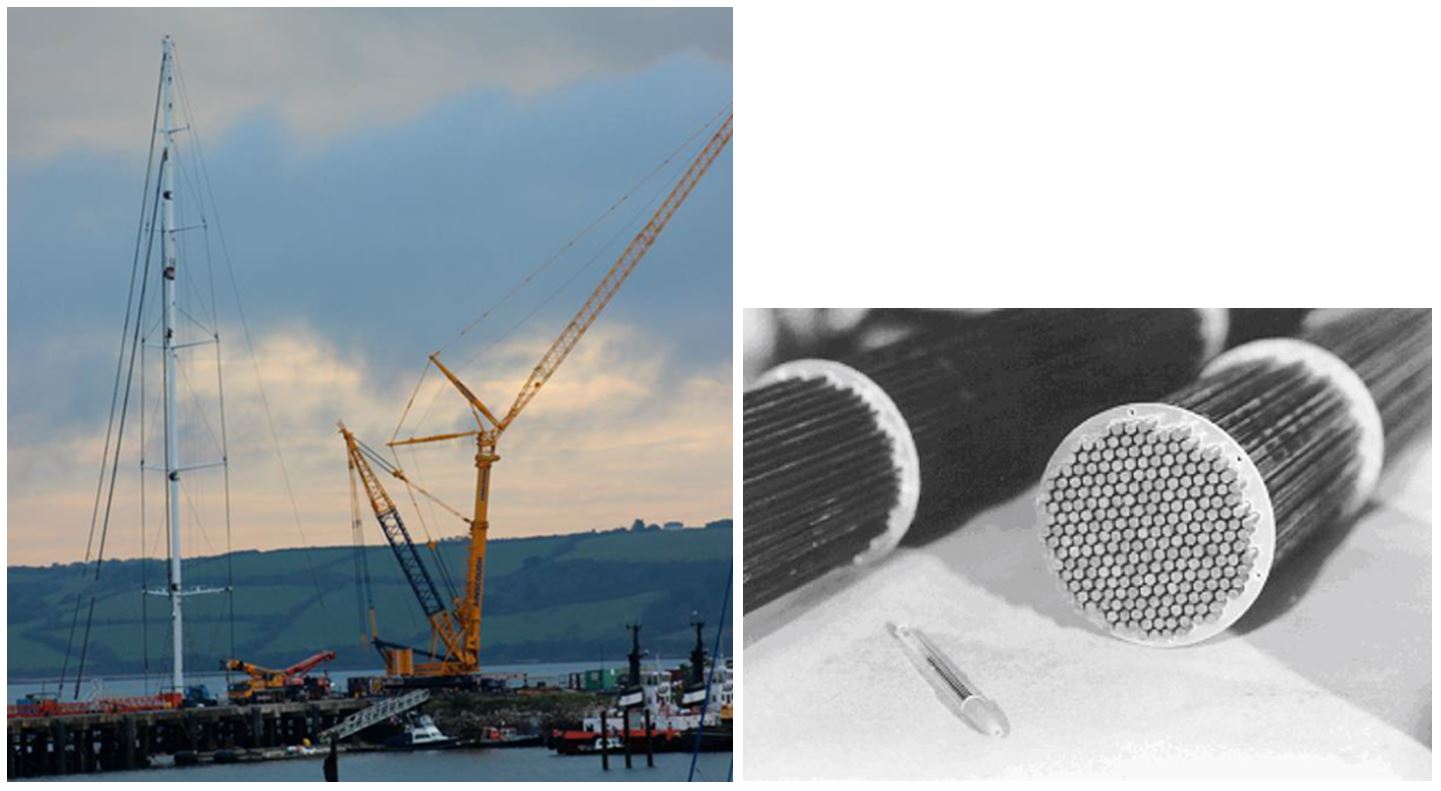 The new webs are designed to significantly reduce the thermal conductivity of the aluminum frame in order to reach passive house standard without need of special glass. Following a first feasibility study using simple lab scale models and tests, upscaling to industrial processes is performed with partners to manufacture real size prototypes on which mechanical and thermal performance will be assessed. Long term behavior and durability issues are very important in this project as lifetimes of 30+ years are expected in the building industry. Using new material combinations requires critical review of existing standards and additional specific characterization over a reasonable period of time. This includes effects of mechanical loads (creep/fatigue) combined with environment (temperature, media, ageing) requiring adequate, accelerated testing, data analysis and extrapolation methods. Time-temperature superposition using accelerated step-wise loading exists for polymers but its extension to filled / reinforced systems and components has to be validated. This will involve modelling but also investigating the specific damage behavior of the new web. 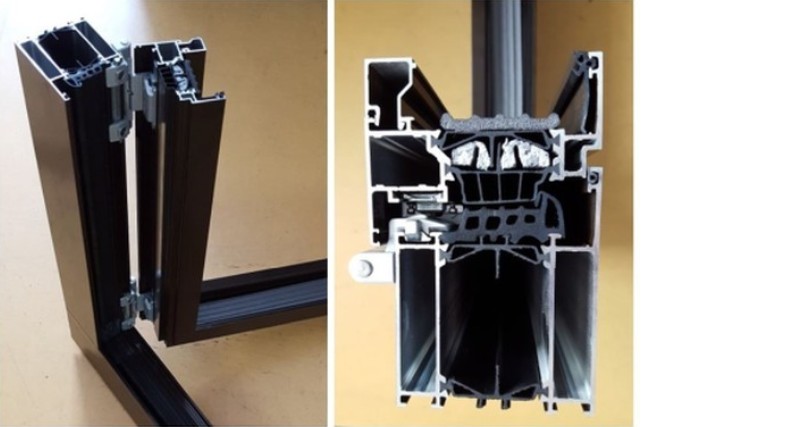 The advantages of CFRP as compared with steel have also led to an increased use of CFRP tensile elements in structural engineering over the past 25 Years. Unidirectionally fiber reinforced pin-loaded straps are a simple tensile element and are often used when a local force introduction is needed. One example is in tower cranes by the world-leading company Liebherr, which use laminated CFRP tensile strap elements to stabilize the lattice tower due to their superior fatigue and corrosion resistance (as compared with steel, Figure 1). And despite their higher initial costs, CFRP strap elements have the potential to replace steel hangers as suspenders in half-through arch bridges or suspended bridges.
All elements mentioned above are subjected to high tensile fatigue loads, and although it is commonly reported that carbon fibers show excellent fatigue resistance, little is known about the behavior of CFRP tension pin-loaded straps under such loads, especially in combination with a fretting process, taking  place at their pin connection.
Therefore, a preliminary study was conducted at Empa to investigate the fretting fatigue behavior of pin-loaded CFRP straps. The laminated straps used in the study were downscaled models of potential suspenders in a half-through arch bridge, and were mounted with pultruded CFRP pins (unidirectional). Figure 2 shows the test setup used.
Quasi-static tensile tests, as well as fatigue tests at a load ratio R = 0.1 and a frequency f = 10 Hz, were performed to obtain an S-N curve for the given setup. The fatigue limit was considered as being reached if a strap endured more than 3 million load cycles. This limit was reached at a load level of 750 MPa, which was only at 46 % of the quasi-static tensile strength of the straps. Both the quasi-static tensile strength and the fatigue limit stress were very low for the IMS60 fibers used in the study. Although it could be shown by Finite Element Methods (FEM) that the setup caused fibre parallel stress concentrations of factor 1.3 in the vertex areas, neither the quasi-static nor the fatigue performance of the investigated straps is currently satisfactory. The aim of the doctoral study in collaboration with The University of Edinburgh (Prof. Bisby) is to understand and improve the fatigue performance of the laminated, pin-loaded CFRP straps mentioned above. Furthermore, their (fretting) fatigue behavior shall be characterized in terms of temperature development, wear behavior, and displacement over time.

In fiber-reinforced epoxy composites with high fiber volume fractions, the properties of the interface between fiber and epoxy matrix significantly affect the macroscopic mechanical behavior and the du-rability. Interphase engineering aims at improving interfacial adhesion between fiber and matrix, e.g., by designing hierarchically structured fiber surfaces via electrophoretic deposition of carbon nanotubes or other nano-scale particles, or combining nanoparticles with suitable fiber sizing. A Ph.D. Thesis in collaboration with the Chair of Materials Science and Testing of Polymers at Montanuniversität Leoben and the Polymer Competence Center Leoben in Austria on "Nanostructured hierarchical CFRP surfaces  for tailored visual appearance and improved durability" explores potential applications of hierarchically structured carbon fiber surfaces in epoxy laminated plates.