This Research Topic aims at providing solutions for clinically relevant patient needs, in particular at: (I) Developing medical load-bearing devices including their conceptual definition, design, manufacturing and testing (e.g. joint replacement, osteosynthesis, regenerative substitute materials) as well as diagnostic tools and (II) Understanding the effect of daily activities on the kinetics / kinematics within the human musculoskeletal system – especially the upper body with the lumbar spine and the shoulder - and predicting the mechanical effects of planned surgical interventions using computational biomechanics (for further details consult Flyer Biomedical Engineering). Some projects are presented below.

The topic of the project is (I) the development of the prosthesis design, (II) the proof of stability and durability incl. experimental verification and (III) the determination of the influence of the new implant concept on the biomechanics of the musculoskeletal shoulder complex. No established test standards exist for that type of prosthesis. Therefore, a new test procedure was developed and test simulators were built to reproduce the in vivo situation by combining wear-fatigue testing based on simplified and realistic motions. Additionally, Finite Element (FE) Analyses of the shoulder prosthesis system and design optimization of the components with respect to stress and wear were performed. Furthermore, Musculoskeletal Rigid Body (MRB) models, driven by experimental motion capture data, were developed to simulate how the Deltoid and Rotator-Cuff muscle forces are altered by the prosthesis. The design of the prosthesis was extensively modified using findings from functionality tests on cadavers, FE analyses, MRB simulations (figure 1) and in vitro experiments (figure 2). The amount of wear produced by the last prototype tested under realistic motions – superimposed Flexion/Extension, Abduction/adduction and Internal/External Rotation – in a four degrees-of-freedom shoulder simulator does not exceed that one of commercially available shoulder prostheses. The results have shown that the novel concept of the shoulder prosthesis has a strong potential to be used as secondary and as well as primary arthroplasty. In the next step, the clinical study will be carried out to verify the long term success.

Figure 1: New shoulder prosthesis placed in the the gleno-humeral joint within the muculoskeletal model (left), Muscle activation during abduction (right)

The goal of this project is to develop an integrative approach combining novel experimental, dynamic in vivo imaging techniques such as Dynamic Stereo-X-ray (DSX) imaging and computational methods such as multi-body musculoskeletal (MBM) and finite element (FE) methods in a complementary fashion to address gaps in our understanding of lumbar joint patho-mechanics (figure 3 left). The study has provided new insights into the motion patterns within the individual segments of the lumbar spine, including the facet joints (figure 3 right). Translations occurring within the facet joint of healthy volunteers during a functional activity, including spacing within these zygapophyseal joints, along with in vivo intervertebral disc deformations have been mapped for the first time to provide a baseline dataset. In patients with symptomatic low back pain, the importance of continuous mapping of segmental motions to reveal aberrations during mid-range motion and dynamic activities not revealed by static imaging of end-range poses was demonstrated. These new data will drive development of new, diagnostic metrics to distinguish between subsets of patients with symptomatic back pain and instability, and to tailor treatment strategies to meet the specific needs of the individual patient.

Transfixation pin casting (TPC, figure 4) is a commonly used technique for equine fracture treatment. The function of the pins is to transfer the load of the unfractured proximal part of bone to the cast applied around the entire bone (figure left). The crucial role of the repair is to provide sufficient stability to allow bone healing. Failure of the repair mainly occurs due to pin breakage or rupture of the bone. Our motivation was to investigate the influence of the pin design on the stability of the repair. Therefore, in vitro tests on a TPC model were performed to identify superior pin designs (figure right). Different conditions such as the bone quality and load level were considered in the study. Our approach focused on the influence of the stiffness distribution of the overall repair system on the durability of the pins. The investigation included Finite Element Analyses (FEA), static and cyclic compressive testing with image correlation measurements and fracture analysis. The results showed that I) the stiffness distribution of the repair is significantly affected by the type of pin inserted and II) a difference in the stiffness distribution can potentially increase the initial and secondary stability of the repair. The described approach shall help engineers to optimize mechanical components used for bone repair with the focus of optimizing the stiffness distribution for failure tolerant systems.

Ceramic-on-ceramic (CoC) bearings in replacement of the hip are manufactured since the early 70ies. Fixation of full ceramic non-cemented monobloc components proved to be insufficient and the predominant cause of failure was aseptic loosening. The cemented components, for their part, reduced bone resection and were also responsible for hip joint revisions. However, the CoC produces low wear rate compared with other bearing materials, which are causing aseptic loosening due to polyethylene wear debris or metal ion release and thus represents an alternative of choice due to their high bioinertness. Improvements of the mechanical properties, particularly bending strength and fracture toughness, of alumina/zirconia composite ceramics in the last years allow now resurfacing application (thin wall ≤ 5mm) with a generous factor of safety (figure 5). The aim of the project was to develop a novel design of a resurfacing femoral head and a monobloc thin walled acetabular cup made of ATZ (Alumina Toughned Zirconia) with a porous surface at the back side of the component to enhance bony ingrowth. To assure good bony ingrowth, a surface microstructure consisting of an osseointegrative coating based on Metoxit’s ATZ Zircapore® for dental application have to be used. Different cup designs (macro-structure, oversize and multiradius contour) were considered. Press fit properties have been evaluated in terms of ratio between Push-In Force and (I) Push-Out Force, (II) Bending Force to tilt, and (III) Torque required to release the press fit, which has also been simulated in a 2D simplified as well as a 3D pelvis Finite Element (FE) model generated from 5 subjects (CT models provided from IRM, University of Berne), figure 6 and 7. Experimental press fit tests were carried out in polyurethane foam featuring three different densities, figure 8. Three of fourteen considered cup design concepts that include a macrostructure  (including rills / spikes on the outer surface) showed a considerable increase of the primary stability. Compared to rill-free samples, the nominal ratios of the forces and torque to release the press fit could be increased by a factor of up to 5. Note that this value depends on the press fit oversize of the cup, the bone substitute density, and the considered load case. The maximal principal stresses in the thin-wall head and cup designs (wall thicknesses of <5mm, oversize of Ø1.8%) were below 250 MPa for a simplified 1 mm oversize press-fit insertion and below 100 MPa for stumbling (simplified 2D static analysis). Tests acc. ISO 7206-10 on prototypes made of ATZ showed no rupture until a compressive load of 450 kN. 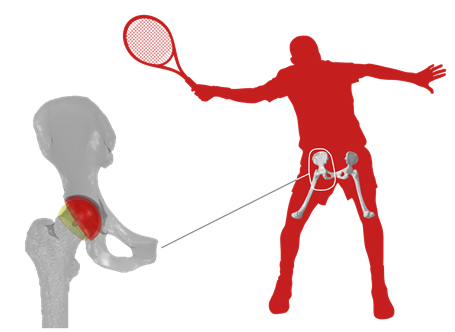 Cardiovascular disease is the major cause of death in industrialized world. Minimal invasive techniques such as angioplasty and implantation of coronary stents are state of the art methods to treat these diseases. In the frame of the present project a novel bioresorbable drug eluting stent based on a Mg-alloy was developed. The goal for the lab was the mechanical characterization of the base Mg-alloys and tubes, and the biopolymers used for the coatings. In order to assess the strength of wires cut out from the 2 mm tubes, the tensile tests could not be performed with bulk material, but had to take into consideration all the process steps applied to the actual stents which might affect the mechanical parameters (cold working; laser cutting; electro polishing; size effects), figure 9. Stent designs were developed using state of the art computer aided design software, finite element analysis (FEM) and numeric calculations. These designs were laser cut out of magnesium tubes and their mechanical performance with respect to deformability and restoring force were measured. Stents were mechanically characterized by means of crimping on PTCA catheters, moving through tracking models, simulating their deployment, dilation and testing their radial strength. The results could be validated against predicted data from the FE models (figure 10 and 11). With additional FE models of arteries with and w/o stenosis the effect of stent stiffness and/or misalignment could be investigated. 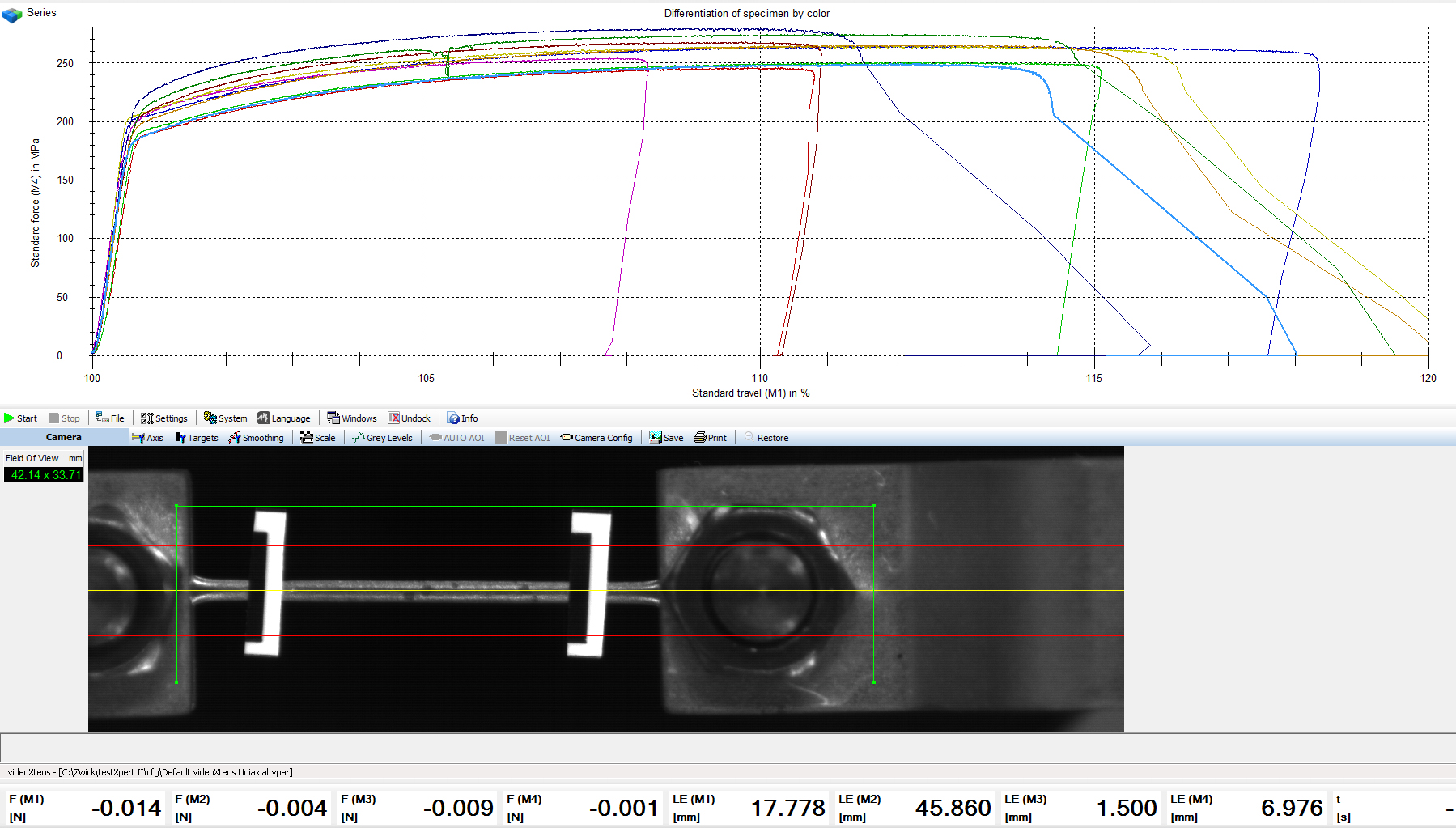 Figure 10: Finite Element Model of a stent placed in an artery (radial displacement of the artery in force equilibrium) 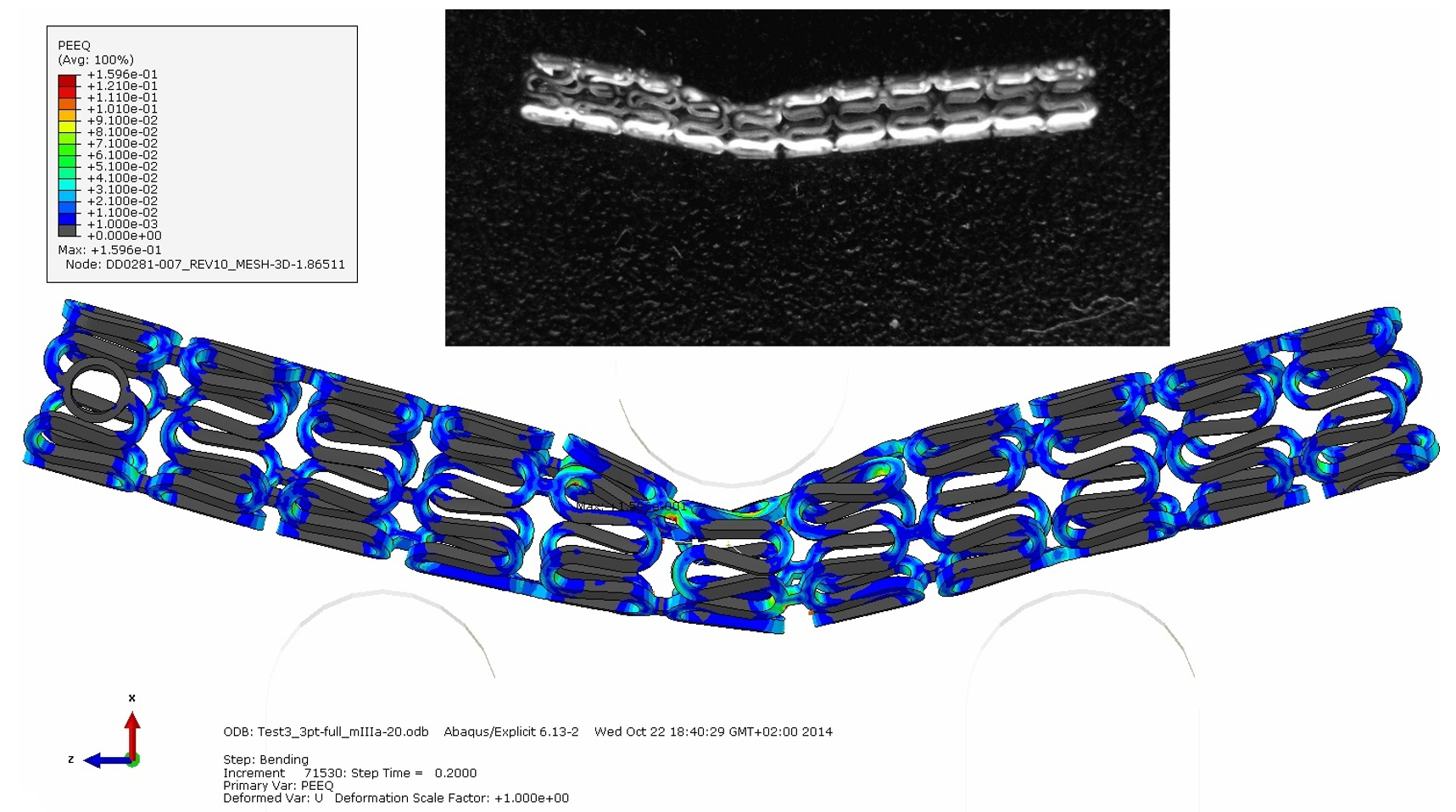 Figure 11: Validation with a model of a crimped stent under 3 point bending (suffering plastic deformation)

A major concern of current knee implants is wear of the polyethylene (PE) inlay component that limits the longevity of otherwise clinically successful devices. To predict prosthesis wear, computational finite-element wear simulations have proven to valuably complement laboratory-based testing by being fast, cheap and repeatable.
The overall goal of this project is to develop finite-element models and tools to predict long-term wear of joint implants, specifically in the knee.
To this end, we’re developing an algorithm to predict PE wear. PE wear depends on multiple factors including contact area and pressure, sliding path length and cross-shear, a measure of the amount of crossing motion of the sliding path. Our models also account for creep deformation and the change in surface contour due to wear and creep (Figure 12). These models will be validated with laboratory wear tests and analysis of retrievals, implant components routinely removed during revision surgery.
Ultimately, we aim to use our models to investigate clinical questions related to implant wear.

Please visit the Laboratory for Movement Biomechanics at ETH Zürich.