Data and signals can be transmitted quickly and reliably with glass fibers – as long as the fiber does not break. Strong bending or tensile stress can quickly destroy it. An Empa team has now developed a fiber with a liquid glycerol core that is much more robust and can transmit data just as reliably. And such fibers can even be used to build microhydraulic components and light sensors. 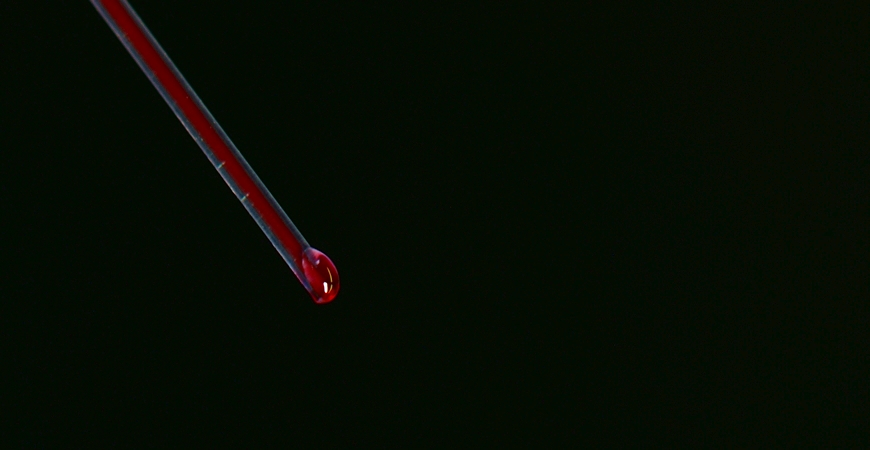 The core of the kilometer- long optical fiber consists of glycerine throughout. Image: Empa

"In terms of optically conductive polymer fibers, we've tried all kinds of things," says Rudolf Hufenus. "But even with the best solid fiber cores, we can never achieve such elasticity as with our liquid-filled fiber." The special combination of optical and mechanical properties could now open up new markets for Empa's two-component fiber alongside the established glass fiber.

Fiber optic cables are ideal for data transmission over long distances. The technology is tried and tested and is used on a large scale. But glass fibers can only be bent to a limited extent and are very sensitive to tensile stress. Plastic fibers, on the other hand, are typically used for shorter transmission distances: for individual buildings, company premises or in vehicles. The core of these fibers is often made of PMMA – also known as Plexiglas – or the polymer polycarbonate. While these transparent materials are more flexible than glass, they are almost as sensitive to tensile forces. "As soon as a microcrack forms in the fiber core, light is scattered by it and lost," Hufenus explains. "So data transmission initially deteriorates, and later on, the fiber core can even tear completely at this weakened point."

This is where Empa's expertise comes into play: For the past seven years, the Advanced Fibers lab in St. Gallen has been home to a machine that can produce kilometer-long fibers filled with a liquid. With this expertise, Empa is a world leader. "Two-component fibers with a solid core have been around for more than 50 years," says Hufenus. "But fabricating a continuous liquid core is considerably more complex. Everything has to be just perfect."

The Empa researcher wondered: Couldn't this liquid core also be used for light transmission? It was the Geneva physicist Jean-Daniel Colladon who first conducted light along the inside of a water jet in 1842 – and thus discovered one of the physical foundations for today's fiber optic technology.

At the same time, all ingredients must be thermally stable. "The two components of the fiber must pass through our spinneret together under high pressure and at 200 to 300 degrees Celsius," says the Empa researcher. "So we need a liquid with a suitable refractive index for functionality and with the lowest possible vapor pressure to produce the fiber." The team decided on a liquid core made of glycerol and a sheath made of a fluoropolymer. Rudolf Hufenus’ team is a world leader in the production of liquid-filled fibers. Image: Empa

The experiment was a success: The fiber the Empa team produced can withstand up to ten percent elongation and then returns to its original length – no other solid-core optical fiber is capable of doing that!

But the fiber is not only extremely stretchable, it can also measure how far it has been stretched. Hufenus and his team added a small amount of a fluorescent dye to the glycerol and examined the optical properties of this luminescent fiber during the stretching process. The result: When the fiber is stretched, the path of the light is lengthened, but the number of dye molecules in the fiber remains constant. This leads to a small change in the color of the emitted light, which can be measured using suitable electronics. Thus, the liquid-filled fiber can indicate a change in length or a tensile load that is occurring.

"We expect that our liquid-filled fibers can be used not only for signal transmission and sensing, but also for force transmission in micromotors and microhydraulics," Hufenus says. The exact composition of the fiber sheath and filling can then be adapted to meet the requirements of the specific application. 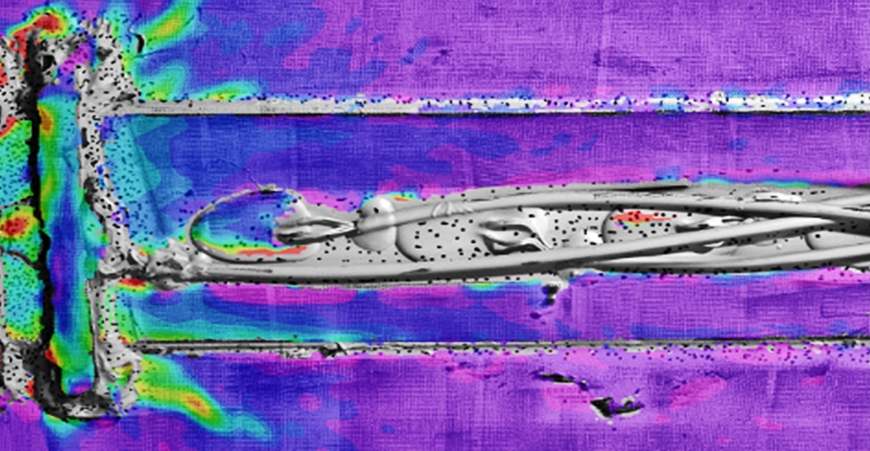 The technology of stabilizing concrete structures with carbon fiber-reinforced polymers, thus helping them to last longer, was developed decades ago; among others at Empa. Today, researchers in Dübendorf are working on a new variant with prestressed lamellas – with good prospects for practical application.
>>>> 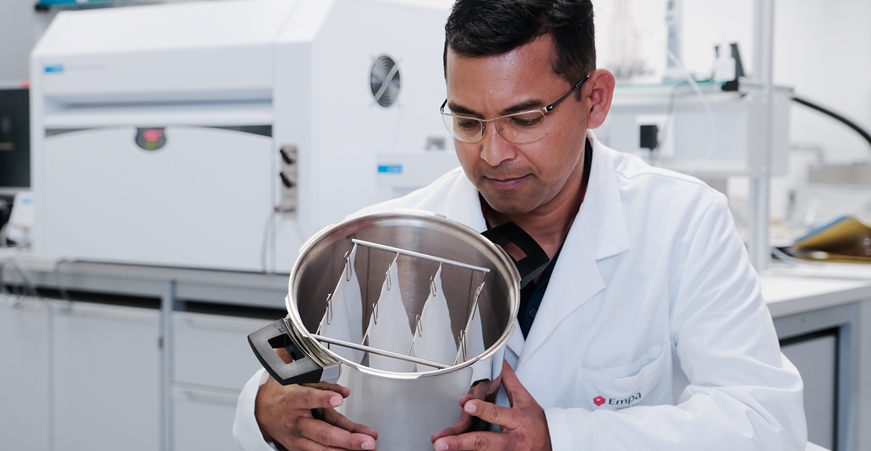 A new chemical process developed by Empa turns cotton into a fire-resistant fabric, that nevertheless retains the skin-friendly properties of cotton.
>>>>