Research projects on timber structures carried out at the Structural Engineering Research Laboratory aim at improving the reliability and competitiveness of timber structures with a key focus on serviceability, ultimate resistance and deformation capacity. In addition to solid timber, all kinds of engineered wood products are investigated, including hybrids of different wood species as well as combinations of timber with concrete, steel and fibre-reinforced composites. As key components of timber structures, connections are also a research focus. Currently ongoing projects focus on: 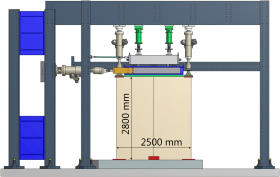 The project focused on the behavior of joints and wall elements in multi-story wooden structures during moderate earthquakes and strong winds. Using a deformation-based design method, the structure was optimized for low to medium seismicity and moderate wind action prevailing in Switzerland. Experiments were performed on OSB-sheathed light-frame timber shear walls subjected to quasi-static monotonic and cyclic loading, with simultaneously acting vertical force and bending moment, and numerical simulations were set up for parametric studies. Adapted loading protocols for cyclical tests of joints and wall elements were developed. Compared to protocols for areas with high seismicity, these protocols include fewer load cycles and smaller cumulative damage demands. This opens the door for more competitive solutions in areas with low to medium seismicity. By means of a parametric study on single-degree of freedom systems, new relationships between behavior factor and ductility were established. This makes it possible to apply the N2 method according to Eurocode 8 to light-frame timber structures. In timber buildings, the lateral load-resisting system frequently is realized by means of sheathed timber frame shear walls. According to the Standard SIA 265 for the design of timber structures, only those wall segments that are continuous from the floor slab up to the top edge of the building may be taken into account for as contributing to the lateral load-resisting system. However, in modern architecture, many buildings consist of walls with numerous, sometimes large openings. As a result of this trend, only relying on the wall parts without openings is often not sufficient for ensuring the horizontal structural stiffness of the building. Another major disadvantage when neglecting walls with openings in the lateral load-resisting system are the resulting increased forces in the anchorages. As shown schematically in the figure, fewer anchors would be needed and lower forces would have to be transferred, if the stiffening effect of wall segments with openings is taken into account.

The main objective of the project is to develop an experimentally validated method for the modelling, design and construction of timber frame shear walls with large openings that are assigned by the designer to contribute to the lateral load-resisting system. 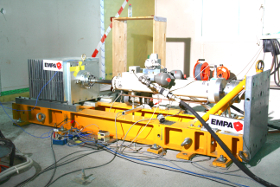 A 3-story building with OSB-sheathed light-frame timber walls and timber-concrete composite slabs was subjected to dynamic excitation. The experiments consisted of measurements of the accelerations resulting from forced horizontal vibrations excited by means of a hydraulic actuator shaking a mass of 940 kg. The building was excited in its two main directions to vibrations within a frequency range of 0.2 to 14 Hz. Natural frequencies, modal damping ratios and mode shapes of the building were estimated using accelerations measured in the 4 outer corners of each upper floor. For increasing displacement amplitude (1/8000 to 0.7 mm) the natural frequencies decreased moderately (-15 %) whereas the modal damping ratios increased significantly (+100 %). Modal damping ratios computed using ambient vibration data were smaller than those obtained from forced vibration tests, which suggests that modal damping for the levels of vibration in interest in design might be significantly underestimated if based on ambient vibration testing. However, the mode shapes computed using ambient vibration data turned out to be reliable. 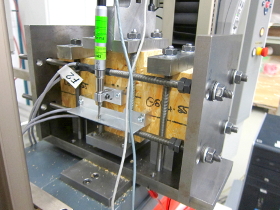 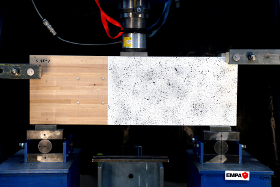 This project is aimed at promoting the use of beech wood for the production of glued-laminated timber of strength classes GL40, GL48 and GL55. Main prerequisites for the design of structural elements (preferably beams and columns in service class 1) are appropriate production technologies, quality control of raw material and final product, as well as knowledge of mechanical properties (bending and shear stiffness and strength, tension and compression strength parallel to the grain, compression strength perpendicular to the grain). Starting from the raw material supply (origin, sawing pattern, drying process, strength grading) all further steps in production (finger jointing, surface gluing of lamellas) as well as the properties (strength and stiffness) of the final product are investigated. 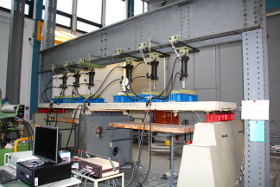 The project’s aim was to investigate and further develop a slab system consisting of a composite cross-laminated timber / concrete cross-section. The concrete plate has no rebars and the cross-lam panel acts simultaneously as formwork and as tensile reinforcement. Strength, stiffness and failure modes of beam-type elements were investigated in short-term and long-term bending tests. Number, positioning and shape of the shear connectors guaranteeing a rigid connection between cross-lam panel and concrete slab were optimized, taking into account not only stresses when subjected to varying levels of bending moment but also from changes in moisture and from long-term effects as creep and shrinkage.

Structural behaviour and reliability of connections in timber structures 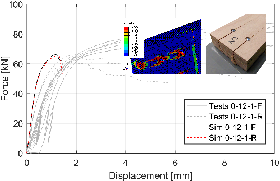 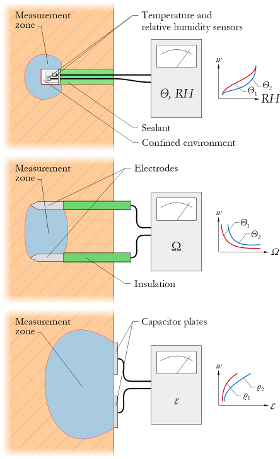 The aim of this project is to give an overview of available structural health monitoring (SHM) strategies for timber structures and describe the used methods and technologies. Monitoring strategies will be analysed taking into account specific aspects of the behaviour of timber structures (e.g. anisotropy, high variability, moisture and temperature dependency, low stiffness, duration of load effects, and creep). The operational aspects of the monitoring strategies (what is monitored and how the monitoring is carried out), and data acquisition aspects (excitation methods, sensor type, number and locations, and the data acquisition, transmission, and storage equipment) will also be analysed.