A family of 2D transition metal carbides and nitrides known as MXenes has received increasing attention since the discovery of Ti3C2 in 2011. To date, about 30 different MXenes with well‐defined structures and properties have been synthesized and many more are theoretically predicted to exist. Due to the numerous assets including excellent mechanical properties, metallic conductivity, unique in‐plane anisotropic structure, tunable band gap and so on, MXenes rapidly positioned themselves at the forefront of the 2D materials world and have found numerous promising applications. Particular interest is devoted to applications in electrochemical energy storage, whereby 2D MXenes work either as electrodes, additives, separators, or hosts.

MXenes have a general formula of Mn+1XnTx where n=1,2,3,4, M is transition metal, A is an element of group IIIA or IVA in the periodic table typically Al or Ga, and Tx is surface terminations. MXenes are typically obtained by selectively etching the A element from the MAX precursor (Figure 1) in HF-containing solution or molten salts through a wet-chemistry or electrochemical etching approach. After delamination, the multilayered MXene (Figure 2) exfoliate and form few-layered nanosheets (predominantly single-layer), as shown in Figure 3. 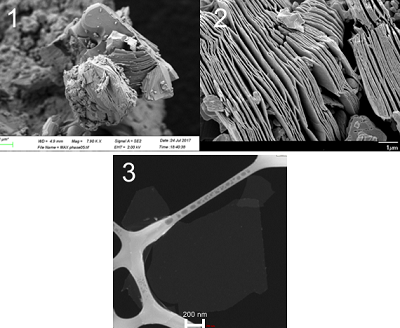 By adjusting the material synthesis conditions and exfoliation processes, high-quality, single-layered MXene nanosheets can be produced with high concentration, forming highly viscous MXene aqueous or organic inks. These inks are additive-free and don't require additional conductive agents to promote the inks' electronic conductivity, which enabling a vast opportunity in many areas ranging from printing of electronics to other internet-of-things (IoTs). Following figure shows the optical image of as-synthesized MXene aqueous inks. 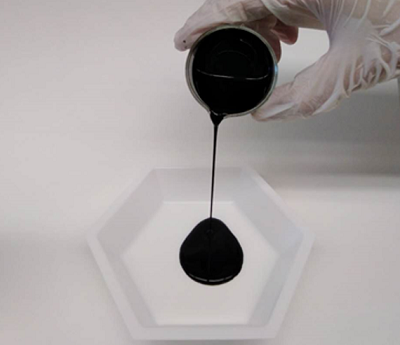