The fight against creeping cables

Switzerland’s overhead power lines are showing signs of old age and can be damaged by power surges. But how long will they actually last? Empa researchers have developed a tool to keep tabs on the aging process. This could help to prevent power outages in future. 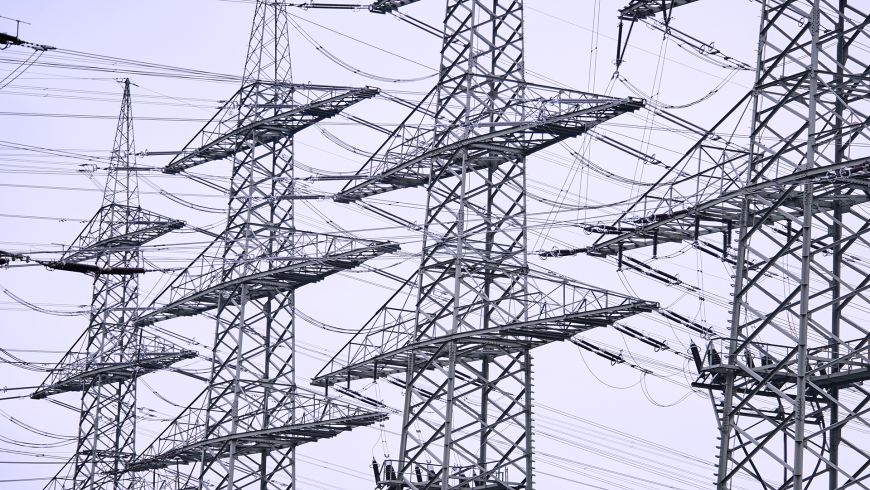 Switzerland’s power grid comprises over 250,000 kilometers of lines. Composed of a transmission and a distribution network, the voltage is gradually reduced from 380,000 to 230 volts enroute to the consumer. The aboveground transmission network, some sections of which are more than 40 years old, measures 6,700 kilometers. As it is designed for considerably smaller amounts of electricity from predominantly central power stations, it only partially satisfies today’s needs. Nowadays, considerably larger quantities of electricity are transported, and an increasing number of decentralized (small-scale) power stations feed electricity obtained from renewable energy into the grid. The power lines are, therefore, becoming increasingly overloaded and getting hotter and hotter. As Switzerland’s overhead high-voltage power lines are almost exclusively made of aluminum alloy while those in neighboring countries are usually composed of pure aluminum and a steel core as interconductors, international research results can only be applied to local conditions to a limited extent. In other words, national research is necessary.

Since 2012 a research group at Empa headed by Edoardo Mazza (ETH Zurich and Empa) and Stuart Holdsworth (Empa) has been studying Switzerland’s overhead power lines. As well as examining the properties of individual wires they constructed their own nine-meter-long test facility, which enables the properties of the complete conductor cable  to be examined. Aldrey, the special alloy used in Swiss power lines, consists of aluminum (99 %), magnesium (0.5 %) and silicon (0.5 %). The advantage of these conductors: they are highly conductive, more corrosion-resistant and stronger than pure aluminum – and lighter than the steel-reinforced power lines in our neighboring countries with the same tensile strength.

The capacity of today’s power grid is limited by several factors. First of all, the actual load limit of the power lines is not known, merely estimated, as there have not been any concrete figures or analyses to date. Now, for the first time, the Empa facility enables the Aldrey wires to be studied for more than 20,000 hours at temperatures between zero and 150 degrees. Below 100 degrees, Holdsworth and his team did not detect any accelerated aging processes or change in electrical resistance. If the temperature rises above 100 degrees, however, the cables age more rapidly and the alloy’s strength declines for ever.

Remote montoring of the aging process 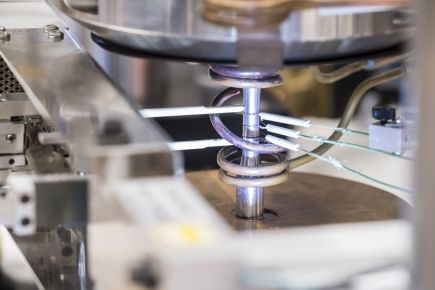 The gradual sagging of the high-voltage cables is a major problem on Switzerland’s power grid. This kind of distortion is irreversible, which means the cables have to be restressed by a repair crew once they sag. Sagging is also linked to the lines’ thermal record: how long has the line been hanging on the pole? And how hot has it become over which period? In the Empa lab, the researchers studied the common conductors – three centimeters in diameter and made of 61 individual wires – to check the predicted sagging values by analyzing the sagging behavior for 2,000 hours and at temperatures of up to 80 degrees. Compared to other metals, aluminum – i.e. including the Aldrey alloy – already tends to “creep” at low temperatures. The wires grow longer in the course of time, causing the sag in the line to increase and the distance from the ground to decrease.

Two different measuring methods developed at Empa might provide clues as to when a line has reached its cut-off age in future. In the case of “offline measuring”, a piece of the line is removed and its mechanical hardness tested. By comparing it with a control piece, the condition (aging) can be determined accurately.

The “online measuring” technique can even detect the aging process from resistance measurements of the power line while in operation. This means that aging lines can be monitored remotely. The results of the measurements may help use Switzerland’s existing power grid more effectively and at the same time keep it intact. The search for an industrial partner is now underway to develop the concept for monitoring the condition of high-voltage power lines for the market.