50 years old and as good as new

Since 1970  a worldwide unique test has been running in the Empa testing hall in Dübendorf, in which the long-term behaviour of bonded steel reinforcements on a concrete beam is being investigated. Investigations such as these have contributed to the fact that adhesive-bonded reinforcement is now state of the art as a strengthening method and that engineers have confidence in this retrofitting method. 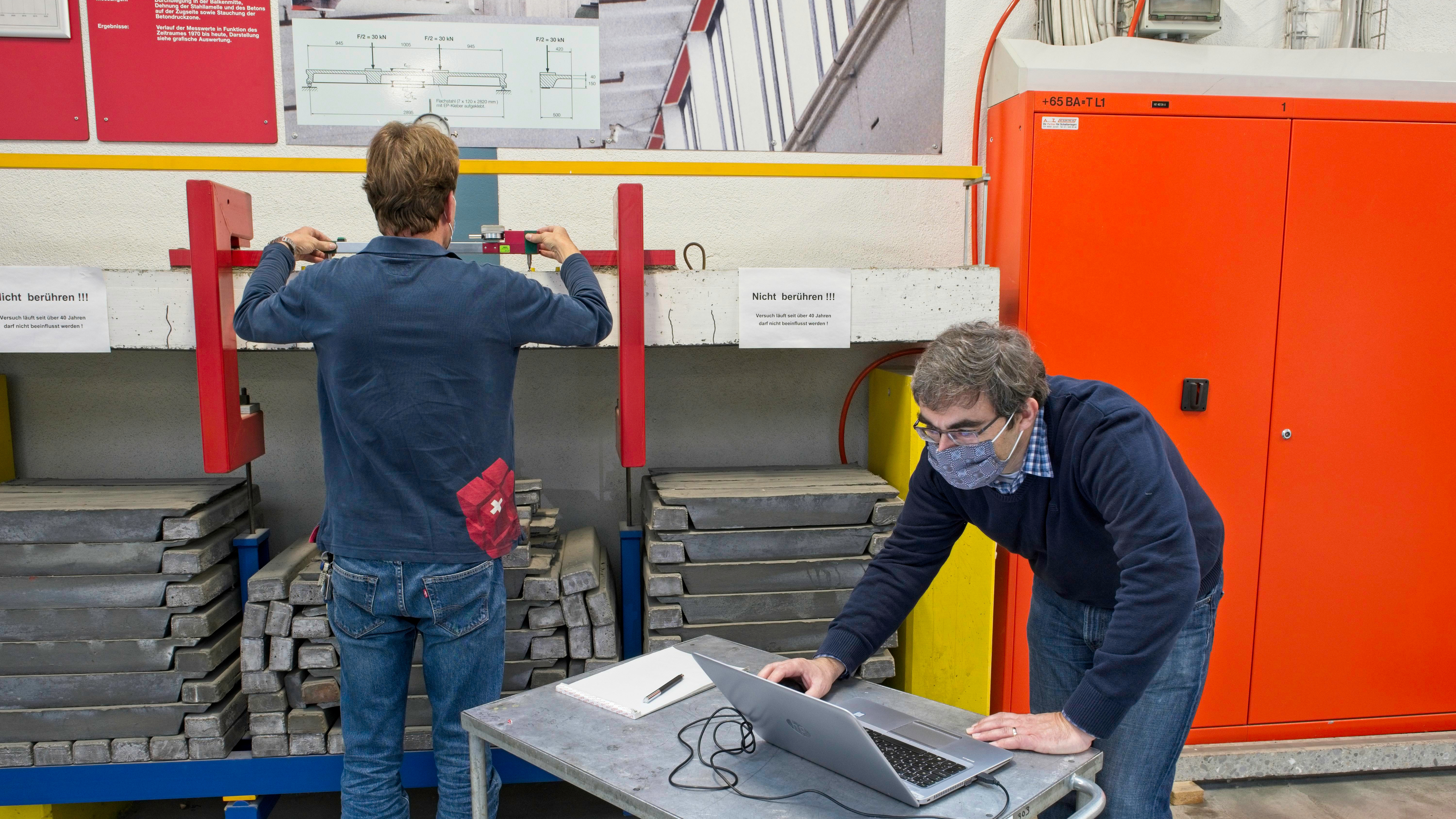 For half a century now, a long-term experiment has been running in Empa's largest testing laboratory at the Dübendorf site. This involves a reinforced concrete beam manufactured in 1970 which was strengthened with a steel plate bonded to its underside and has since been subjected to a permanent load of just over six tonnes.  "After 50 years under 87 percent of the average breaking load, the epoxy resin bonding shows no weaknesses. Bonded steel plate reinforcements have thus passed the long-term test," says engineer Christoph Czaderski, who has supervised the test in recent years.

The concrete beam is one of originally six identical specimens, which all underwent different tests. However, the five others were not destined for such a long life. They fell victim to quite successful static fracture and fatigue tests in which their load limits were exceeded. The aim of the tests was to find out how well epoxy resin had proved itself as an adhesive for fixing a steel plate to a concrete beam. According to Czaderski, long-term tests show "practically no slip" in the adhesive joint after 50 years.

Retrofitting instead of new construction 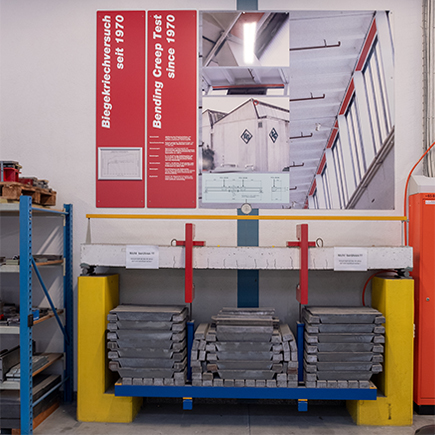 The concrete beam strengthened with a steel plate - "glued" - carries a load of just over six tonnes since 24 March 1970. Image: Empa

The background to this work was that at the end of the 1960s, unusual crack formations appeared on various prefabricated shed roof elements made of reinforced concrete in a new industrial building in Kreuzlingen in Switzerland. These were discovered by a painter. In order to repair the damage, the elements were subsequently strengthened by gluing thin steel plates to the concrete surface. However, this technique was still new at the time, and there was a lack of experience with it, particularly with regard to long-term stability. Empa therefore undertook various tests with static loads up to failure, a fatigue test and long-term investigations. The long-term test was originally intended to last only a few months.

And it still bears

Today, 50 years after the start of the investigation, the beam is still in the Empa testing hall in Dübendorf. When they started the experiment, the engineers involved feared that the reinforcing effect of the bonded steel plate could be reduced over time by creeping in the adhesive joint. A fear that did not prove true. To date, no significant slip have taken place in the adhesive joint, a "truly astonishing and extremely significant result", says Christoph Czaderski. Due to ageing and higher demands, however, Buildings, bridges and other structures in Switzerland must be constantly maintained or even reinforced, as demolition and new construction would be too expensive and would produce much more CO2". For this reason, the development of simple and inexpensive reinforcement methods is enormously important for society, the economy and above all for the owners of the buildings.

For many years now, Empa's "Structural Engineering" lab has therefore been developing and researching new, simple and inexpensive reinforcement methods using modern materials such as epoxy resins, carbon fiber reinforced plastics and shape memory alloys. The long-term test on reinforced concrete parts reinforced with bonded steel plates is a typical example of this. The studies carried out at Empa and the long-term test on steel plates fixed with epoxy resin adhesive, which is unique in the world, have contributed to the fact that adhesive reinforcement as a reinforcement method is now state of the art and that engineers have confidence in this method of construction.

1 / 3
Instrument for measuring deflection. Image: Empa
2 / 3
Measuring the change in length at the bottom of the beam. Image: Empa
3 / 3
The glued-on steel plate on the underside of the beam. Such subsequent reinforcements were replaced from 1990 onwards by a method developed at Empa using lamellae made of CFRP (carbon fibre reinforced plastic). Image: Empa
❮ ❯
Information