To harvest wind energy, you don't necessarily need rotors on steel masts – light kites on thin ropes can do the same. The Empa spin-off TwingTec has been researching this technology for some time now. Last autumn, it was possible for the first time to start, generate electrical energy while flying and then land again, all in the specified level of automation. Empa specialists now will participate at the 8. Airborne Wind Energy Conference in Glasgow. The latest Twingtec prototype is about to get airborne in the next month.

Successful test flight on the heights of the Chasseral in autumn 2018: TwingTec prototype T 28, a device with a wing-span of three meters, took off independently from its base vehicle, climbed into the air, circled autonomously in the air for 30 minutes, produced electrical energy and finally landed safely again on the launch platform. Image: Empa

Anyone who has ever steered a child's kite knows the feeling: the wind grips the kite and pulls the string. The rope is quickly tensioned, the pulley rotates between the fingers and is difficult to control. The question arises: Could this wild energy not only be used to play, but also to generate electricity?

Rolf Luchsinger has proven that. He is CEO of Empa's spin-off TwingTec, founded in 2013. This makes TwingTec one of the first companies to develop airborne wind power plants – and places it one step ahead of some of its competitors. The young company employs nine people at its headquarters in Dübendorf.

The idea behind the project is simple, but the practice is tricky: meteorologists know that at a height of 500 meters wind power is up to eight times stronger than at a height of 120 meters – which is the hub height of modern wind turbines. A kite could make use of this strong wind if it screws its way up in circles and pulls a rope from a pulley. A generator that produces electricity is connected to the axis of the rope pulley. As soon as the rope has been unwound, the kite glides back towards the ground station; in the meantime, the rope is wound up and the ascent begins anew. "The big challenge is not flying itself," says Luchsinger. "The problem is to take-off and land automatically. After all, the kite power station should be able to supply electricity without being controlled by humans. 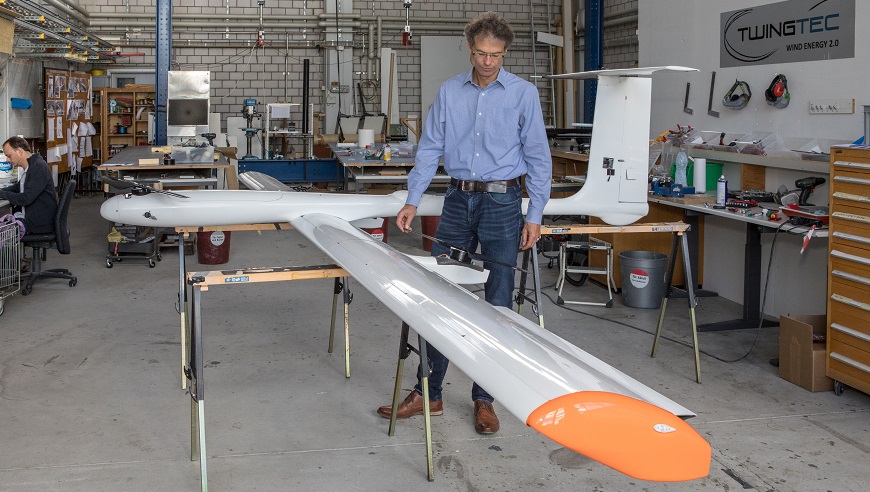 Rolf Luchsinger, CEO of TwingTec, alongside prototype T 29, which will be feeding electricity into the grid for the first time. Image: Empa

In autumn 2018, this was exactly what happened on the mountaintop of the Chasseral in western Switzerland. TwingTec prototype T28, a device with a wingspan of three meters, started from its base vehicle, climbed up into the air, circled autonomously for 30 minutes, produced electrical energy and finally landed safely on the launch platform. Now comes the next step: continuous power generation for customers.

Luchsinger's team is currently working on the T29 prototype, which is scheduled to be in operation for a longer period of time at the Chasseral in November 2019. T29 will not only automatically take off and land, but will also generate up to 10 kW of electrical power and feed it into the grid. BKW, a utility of Berne, is in charge to transmit the experimental wind power to the first consumers.

The route from the first sketch to the first kilowatt-hour of grid electricity was long and winding. In the beginning, there was the idea of using a kite reinforced with compressed air, similar to kite surfing. Research on a number of prototypes led to a structure with rigid wings. Steering with several ropes was also discarded in favor of a control system with flaps like an airplane. TwingTec uses small rotors for take-off and landing, similar to a drone. In 2014, TwingTec filed a groundbreaking patent for the take-off and landing technology of the energy kite, which has since been approved in several countries.

A glance at the numerous competitors shows just how promising energy kites could soon be. In Europe alone, ten start-ups and several teams from universities and technical colleges are developing solutions for this type of energy generation. They are all members of the Airborne Wind Europe association, which organizes a major conference every two years. The 8th Airborne Wind Energy Conference (AWEC 2019) will be held on 15-16 October 2019 at the University of Strathclyde, Glasgow. 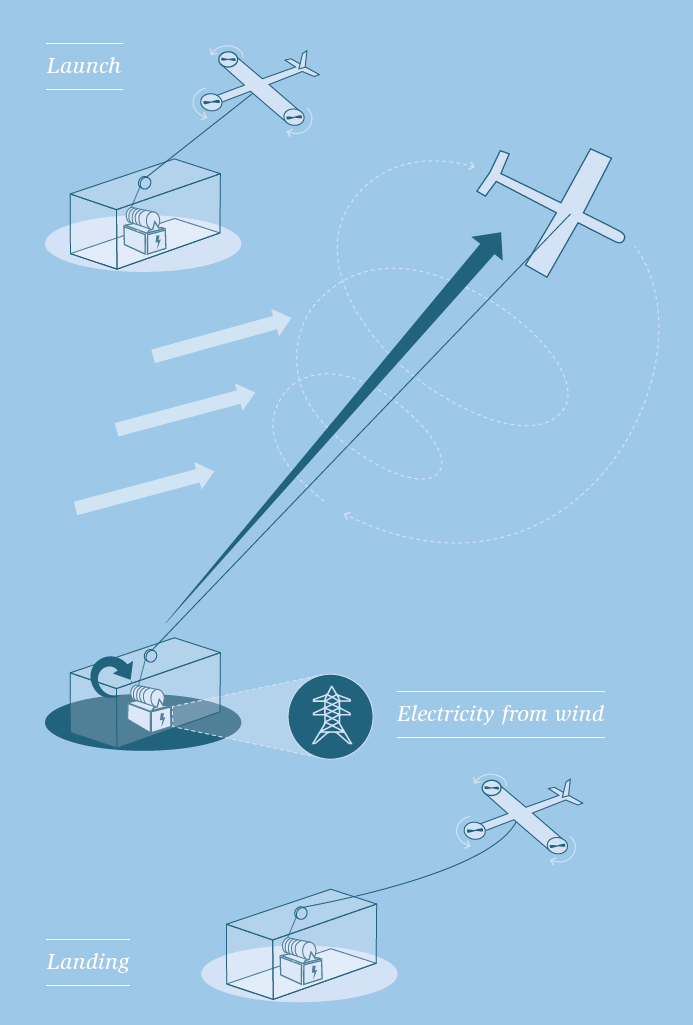 On the way to commercialization

Therefore, TwingTec must not take too much time and is preparing for the next step. The findings from the flight tests with the T29 will soon lead to the first series product: the TT100, an energy kite with a wingspan of 15 meters. Placed on a standard shipping container, the kite is to take off and land automatically and generate up to 100 kW of electrical power – which would be sufficient for 60 single-family homes.

However, in the Swiss mainland you will probably never see energy kites. "Wind power is not suitable for densely populated areas," says TwingTec CEO Rolf Luchsinger. Customers for this sustainable form of energy generation rather live in remote areas. "We are talking to mining companies, mayors of remote settlements and people on islands. Today those places mostly use diesel generators that emit exhaust gases and noise. Besides of that, diesel fuel has to be delivered at great expense to these places." Autonomously working TwingTec kites could save diesel and take over the entire energy production in the medium term. In the long term, however, Luchsinger has even bigger plans: to build floating wind farms on the sea with his energy kites. There is plenty of space and wind, and energy-kites won't bother anyone. This is precisely what wind energy needs to speed up the energy revolution.

A lot of capital will be needed to start series production. Prototype T29, which is to fly on the Chasseral in autumn, got financial support by the Swiss Federal Office of Energy (SFOE). However, private investors and partners from the energy industry are now being sought for the commercialization phase coming up, so that the enormous potential of wind power can finally be exploited in full scale. 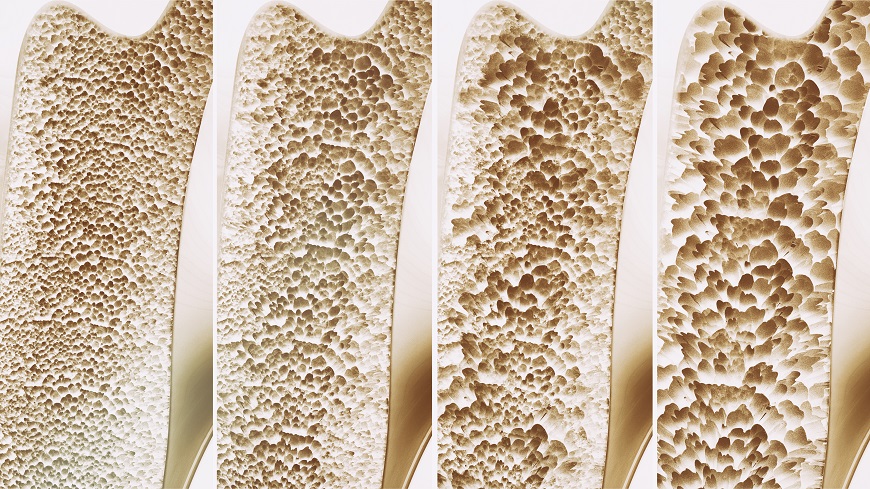