Biofilms are enormously resistant accumulations of germs, which can cause serious problems, especially in hospitals. Like a single large creature, they can spread within wounds or colonize implants or biomedical products. With novel materials and surfaces researchers intend to combat the sturdy pathogens.

Some of us who are hospitalized are feeling worse rather than better. On average, seven percent of all patients in industrial countries are affected by "nosocomial" infections. In intensive care units, the risk increases even more. This can result in serious illnesses and life-threatening blood poisoning.

If patients are treated with invasive medical measures, hospital germs have a particularly easy time of it: If tubes are inserted into the body, for instance to ventilate it, supply it with fluids or drain urine, the infectious agents quickly gain a hold. It is still unclear how these infections can be prevented. A team of Empa scientists and physicians from the Cantonal Hospital of St. Gallen is currently working on a project aimed at reducing the risk of hospital infections.

The focus lies on the analysis of biofilms, accumulations of germs on surfaces that spread in, say, urinary catheters. However, if materials are to be designed to prevent the formation of biofilms, it must first be established how germ growth actually occurs on surfaces. It is simply not possible to develop suitable protective measures against the unknown. And this is where medicine has literally stuck in the dark – because it was largely unknown what exactly grows inside a catheter.

Empa researcher Qun Ren is on the hunt for the secrets inside the polymer stents. Together with the St. Gallen hospital physicians, she investigated samples from ureteral stents of almost 90 patients. The use of a catheter or stent in the ureter is a common procedure, for example in the treatment of kidney stones. "If such a stent is used, however, symptoms and urinary tract infections occur rather frequently," says Ren. This was also seen with the patients she examined: After a comparatively short period of about 3 weeks in the body, not only calcium crystals (from urine) were deposited in the tubes; the researcher also found bacterial accumulations in the samples. "Biofilms had formed on the surface of the material, from which we could cultivate living bacteria," she says. 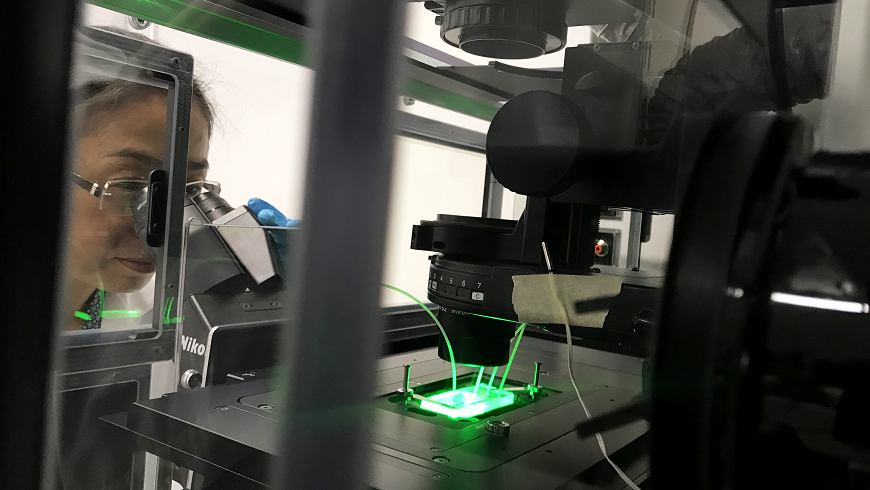 The creature in the tube

And it is precisely with these biofilms that scientists hold what is probably the world's most successful living being in their hands: Bacterial accumulations embedded in a self-produced slimy matrix that behave like a single organism. And they have been around long before us: Biofilms can already be found in the oldest known fossils of Earth's history. Given their amazing survival strategies it is hardly surprising that they have since persisted and thrived under the worst of conditions such as in urinary catheters.

Thanks to a humid layer of biopolymers, the bacteria living together in biofilms are protected, mobile and connected to each other. They happily exchange useful genetic material, communicate via chemical signals and report to the surface when the deeper layers of the "flat share" suffer from hunger. Antibiotics and disinfectants hardly penetrate the film, and if necessary they send a group of pioneers to a new location and found further colonies, pretty much like a metastatic tumor. 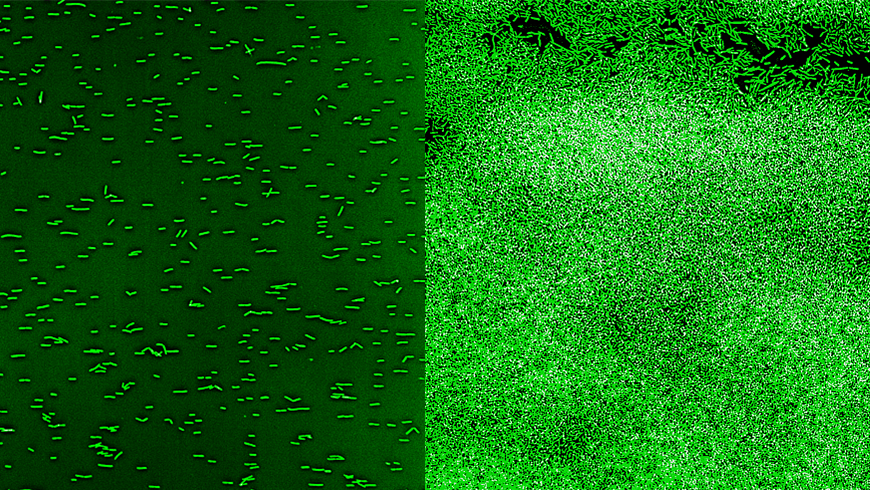 Within a few hours, a small number of E. coli bacteria (left) grow into a biofilm (right) that covers the entire surface of a glass slide. [Colored microscope image]

What is successful in nature can end badly in hospitals. The aim is, therefore, to develop new materials, for example for stents that reduce the risk of infection. "A key event in the formation of a biofilm is the moment when mobile bacteria attach to a surface," explains Ren. Some of the microorganisms use the same trick as geckos, which can cling to a glass pane upside down: They use van der Waals forces, interactions between their own molecules and those of the surface that is supposed to offer them a new home. Other examples coat the surfaces of tubes and stents with a suitable coating, which helps them to settle on the surface. "In order to fend off bacteria, we must thus prevent the process of attachment," says Ren.

The prerequisite for workable materials and coatings that resist germs is the seamless transfer of research results "from bench to bedside". A material can only prove itself if the analyses in the laboratory are as realistic as possible. Empa researchers have, therefore, developed a multi-part lab model, the conditions of which are as close as possible to those in the hospital.

Potential novel catheter mterials are rinsed with liquids in a bioreactor, as in the case of a real urinary stent inside the body. All isolated microorganisms are examined using confocal microscopy, bacterial culture and genetic analysis. At the same time, the material's surface that is covered with calcium crystals is characterized using X-ray analysis. "We can only produce safe and highly efficient new materials that are resistant to bacterial biofilms if we know exactly what these microorganisms are capable of," said Ren.

The samples from the Cantonal Hospital in St. Gallen have now been used to show exactly what happens in the body with catheters made of conventional materials. Since all of these were patients with no signs of infection before the catheter was inserted and who carried the stent for only a short time in their bodies, all isolated biofilms were mild, as could be expected. However, it became clear that certain types of bacteria like to occur together. For example, some patients had harmful enterobacteria in their samples, while others had species of microorganisms such as lactic acid bacteria, which are thought to have a protective effect. The researchers will now investigate how these various "urotypes" are associated with the risk of hospital infection. They are also discussing the possibility of modifying surfaces differently according to certain subsets of patients. In the next step, the team plans to examine samples from long-term treatments and infected patients. 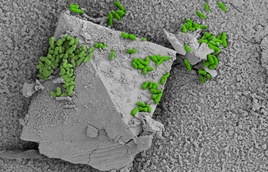 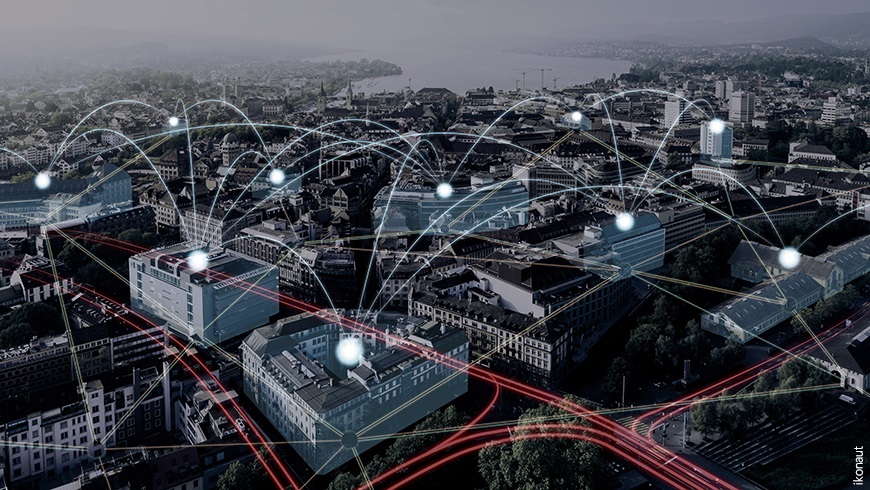