Whether a wound heals well under a dressing cannot be seen from the outside. Empa researchers are now enabling a view through the bandage à la James Bond. The refined application of terahertz radiation could promote the analysis of multi-layered tissues for medical purposes and be used for wound treatment or the diagnostics of blood vessel plaques. 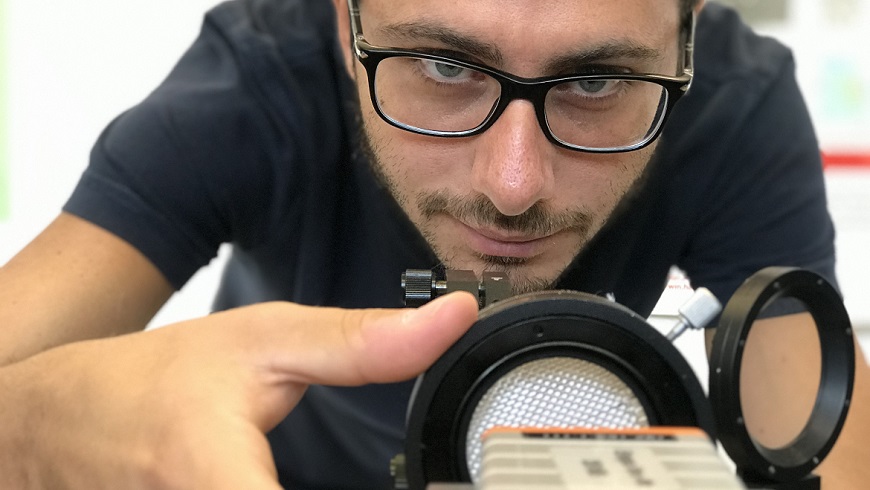 Terahertz researcher Lorenzo Valzania has developed a phase determination technique with which a hidden object can be made visible behind a glass fiber textile. Image: Empa

An evening at the casino, the secret agent in the tuxedo pulls the latest gadget out of his pocket: blue tinted specs. And with a look through the spyglasses, James Bond immediately sees through the casino villains' clothes and spots their weapons under their jackets in "The World Is Not Enough".

However, not only fictional figures like Bond's creative quartermaster Q are interested in the "X-ray view". In reality, the view through fabric is already being used, for instance at airport security checks using so-called body scanners. Empa researchers are developing new methods that allow a close look at a wound, for example, without having to remove the dressing, so that the unobstructed view of hidden objects can also be used in biomedicine.

This does not involve the use of ionizing electromagnetic radiation, as is the case with X-ray examinations by MDs, but rather terahertz radiation in the wavelength range from 0.1 to 1 millimetre. Thus, the waves range between warming infrared and radio waves and are not harmful.

The team led by Peter Zolliker and Erwin Hack from the "Laboratory for Transport at Nanoscale Interfaces" in Dübendorf has now completed a project funded by the Swiss National Science Foundation (SNF*), in which terahertz radiation is not only intended to detect concealed objects, but also to determine the interaction between the hidden target object and the visible surface. This further development of terahertz technology can in future be used, for example, for the gentle observation of wounds that are wrapped in a dressing.

The new technology has several advantages: On the one hand, the patient is not exposed to the risk of infection and the fragile healing tissue is not damaged by a frequent removal of the dressing. On the other hand, the monitoring of complex wounds, like burns or chronic skin damage, is necessary and contributes to a personalized medical treatment. Terahertz rays, for which a large number of materials such as textiles, plastics, paper and wood are completely transparent, allow non-contact inspections. "So far, the image resolution of terahertz systems has been rather poor," explains Empa researcher Lorenzo Valzania. Moreover, the effect of textiles on the skin could not be directly observed.

Terahertz rays allow an object (left) to pass through textiles as seen in the reconstruction (right).

Sharpening Down to the Nanometre Range

If, of course, the interactions of textile and skin are to be determined, the properties of the covering material must also be taken into account in the image re- construction of the skin surface. Therefore, Valzania has developed a new phase determination technique, with which the desired object and the covering textile can be detected by means of transmission geometry. Among other things, a continuous wave gas laser as the source of the Terahertz radiation and a surface detector that records the resulting diffraction patterns are required. With the help of a special phase determination algorithm, a coherent, 3D reconstruction of both structures can be created since the algorithm allows the separation of the radiographic functions of the two objects. The process is comparable to collecting and separating paper at the office printer when several print jobs are mixed and end up in the output tray.

While body scanners at the airport have a resolution in the millimetre range, the Empa team has succeeded in optimizing it in their experiments down to two tenths of a millimetre. Even better resolutions all the way down to the nanometre range are to follow soon. In future, blood, skin profiles and textiles should thus be easily distinguishable. Other biomedical applications include cancer diagnostics without the use of contrast media and non-invasive analysis of blood vessels with suspicious plaques. 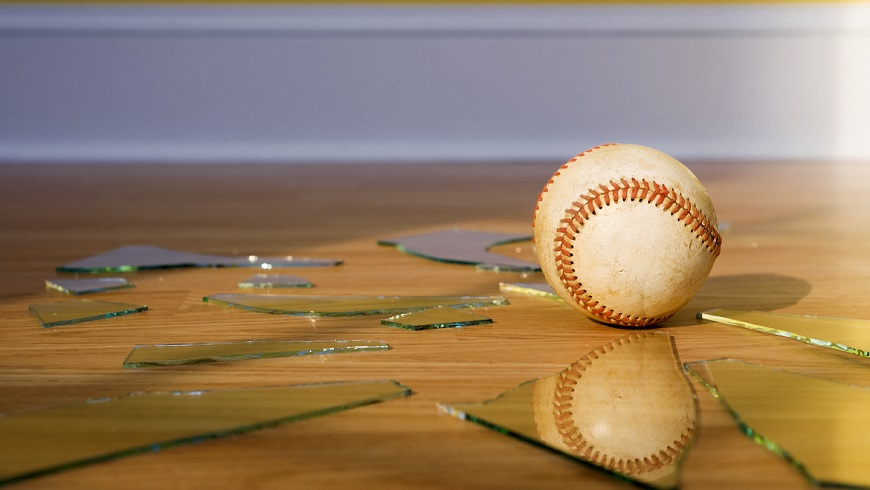 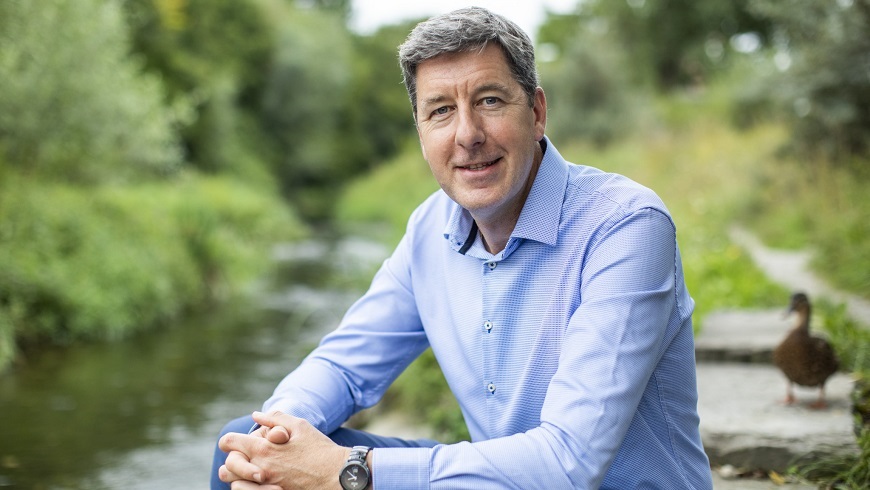