On 26 August 1992, two people showed up at the Empa reception in Dübendorf with two samples of Osmium-187 – a rare and valuable isotope of the platinum metal –, which they wanted to have analyzed. This required an inorganic mass spectrometer, of which there were only 11 in Switzerland at the time – one at Empa. Peter Richner, a chemist and head of the trace analysis group (and now its Deputy CEO), was the only person at Empa specialized in this kind of work. He took the project on. 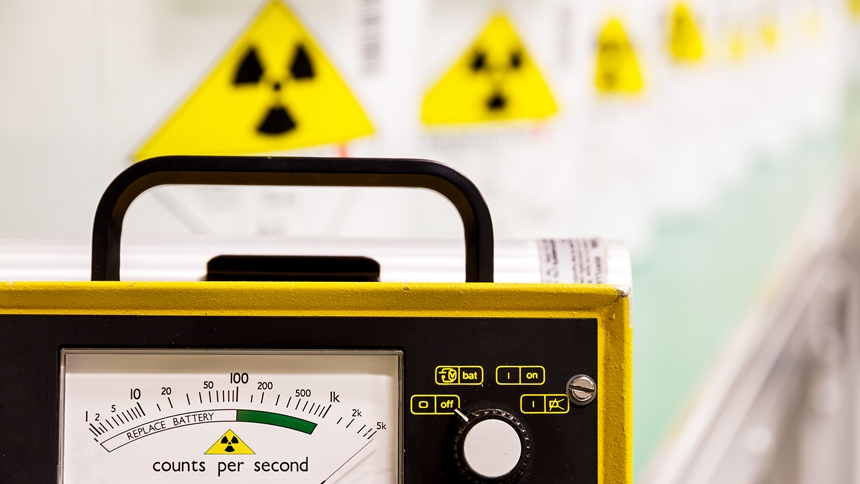 Richner was surprised to find that the samples were sealed in metal rather than being stored in glass vials, as was standard. He shook the metal cylinders in which the material was held. The Geiger counter began to beep alarmingly before he even entered the laboratory containing the X-ray equipment. Richner initially thought there was a problem with the Geiger counter and called his laboratory head Heinz Vonmont.

From that moment, it all happened in a flash: The on-call service at the Paul Scherrer Institute (PSI) was called, as were the radiation protection specialists from Swiss National Accident Insurance Fund Suva, the police and the judiciary authorities, and the metal cylinders were safely isolated. PSI analyzed the samples. It transpired that the cylinders contained not osmium-187 but highly radioactive cesium-137. Mirek Barczyk, the 25-year-old Pole who had brought the samples, was arrested along with three colleagues.

It turned out Barczyk had no idea what was actually in the sample containers. Two days earlier, he had spent his life savings – around USD 10,000 – to buy the stolen samples from a Ukrainian in Latvia. He had planned to obtain a certificate in Switzerland and go on to sell the sought-after osmium to interested buyers in Germany. To keep the valuable metal safe, he had stored it in a matchbox in his chest pocket during the two-day trip from Vilnius to Switzerland.

This turned out to have been a fatal decision. He was told he only had four months to live. There was no possibility of treatment. Barczyk was released and allowed to travel back to Poland.

Richner was also concerned – he had held the sample in his hands for several minutes. But both were lucky: Barczyk’s blood count normalized, and he survived. The results of Richner’s examination were reassuring, and he was able to keep all his fingers.

The incident has had an impact on Empa to this day: Its central freight delivery section now has a Geiger counter that is used to monitor unknown deliveries.

This story - and many more fascinating stories on how Empa has evolved from a modest basement laboratory at ETH Zurich as a testing facility for building materials to a top-notch research institute – are included in the book Empa recently published.

The journalistic adaptation of the story is currently in the News on the occasion of the 30th anniversary of NZZ Folio.

Beyond Materials: The Empa Book