Using laser technology Empa scientists optimized a technique to weld the electronics of implantable pacemakers and defibrillators into a titanium case. The medtech company Medtronic is now using the method worldwide to produce these devices. 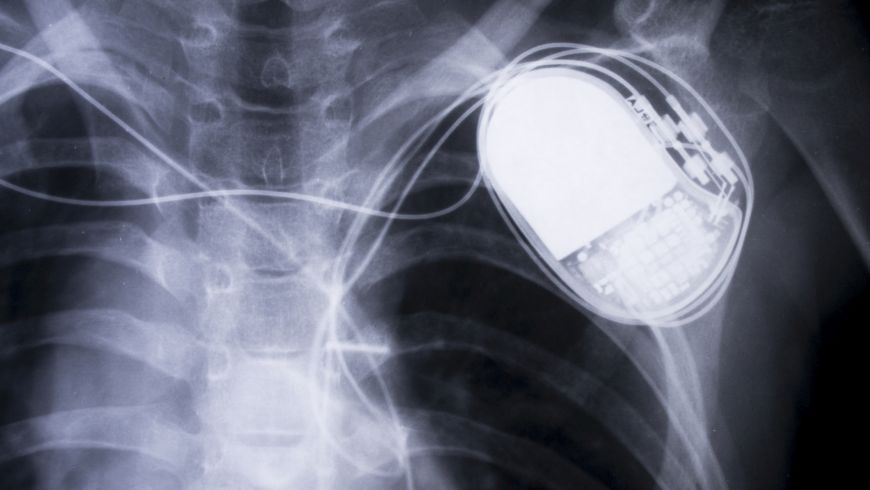 Cardiac pacemakers are usually housed in a titanium housing that is welded together from two parts. Empa has optimized the frequency of the working laser so that no black edges appear during welding, which would reduce the value of the medical product. Image: istockphoto

In Tolochenaz (Canton of Vaud) the US medtech company Medtronic produces one out of five heart pacemakers available on the global market and one out of four defibrillators. The electronics of these implantable devices are housed in titanium cases, which thus far were welded hermetically with a solid state flash laser. However, the lasers are high-maintenance and often the source of irregularities. Moreover, they require water cooling and take up a lot of space.

A new type of laser launched in 2015 by US company IPG Photonics came to the rescue: This fiber laser is cooled energy-efficiently using air instead of water, requires less maintenance, works more consistently and is more compact. Initial tests conducted by Medtronic, however, revealed that the weld seams now have black edges that look a lot like soot – extremely problematic for implants. Therefore, Medtronic’s Sébastian Favre approached Empa materials specialists Patrik Hoffmann and Marc Leparoux from the Advanced Materials Processing Laboratory at the Thun site, who initiated a project to optimize the new laser for usage with titanium. The project was funded by Innosuisse, the former Commission for Technology and Innovation (CTI).

In order to simulate production processes at Medtronic, Empa built its own «plant» to precisely analyze the behavior of the laser in a controlled environment. The results revealed that an interaction with the titanium vapor interferes with the process: The black edge on the seams turned out to be titanium nanoparticles. In follow-up experiments, the Empa researchers demonstrated that the black edge disappears if the laser is operated at a different wavelength. Laser manufacturer IPG Photonics subsequently built a fiber laser tailored towards the Empa researchers’ specifications and offered it for further tests. As these experiments confirmed, adjusting the laser frequency indeed solved the problem.

Meanwhile, Empa, Medtronic and IPG Photonics jointly hold a patent for the optimized fiber laser. Medtronic benefits from improved production processes for its implants – at considerably lower costs. And Switzerland could confirm its status as a leading technology hub within the globally operating US multinational. After all, the special lasers ”made in Switzerland” are now being used at Medtronic factories in Puerto Rico, Singapore and the US.