A ski jacket that actively gets rid of sweat

To keep the body warm and dry during winter sports, high-performance clothing is a must. The demands on these textiles are high, as a person sweats up to one liter per hour on his upper body alone when skiing. A new technology, co-developed by a team of Empa scientists, helps athletes sweating by actively transporting moisture away from the body and to the outside. This is possible because ultra-thin layers of gold in the fabric are electrified. 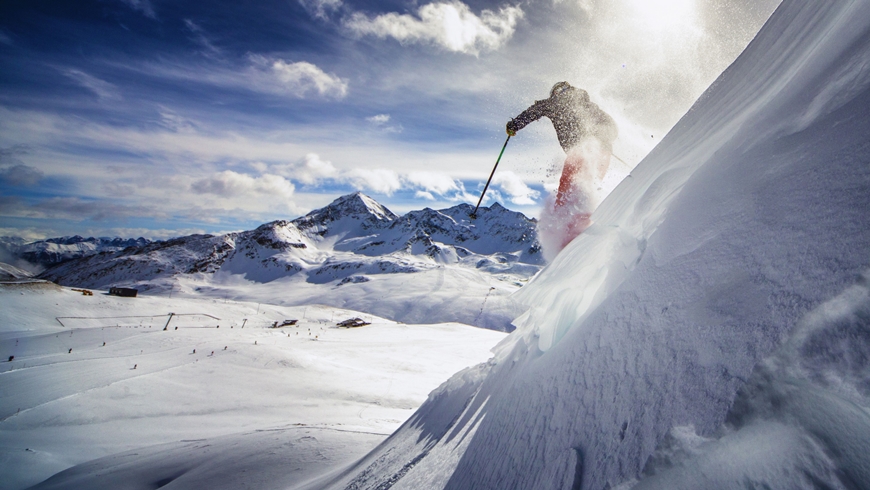 Man is a warm-blooded animal. If it gets too hot for him, he can tune down his body temperature. This feat is achieved by an evolutionarily refined "AC system" in our skin: the sweat glands. However, evolution did not yet know anything about winter sports, and so our heat balance is thrown into a spin if we want to protect ourselves from the freezing cold while skiing and at the same time sweat unhindered. A technology developed at Empa in St. Gallen in cooperation with the Thalwil-based company Osmotex and other industrial partners is designed to keep athletes warm and dry – thanks to “electrical” textiles.
An important component of the HYDRO_BOT technology is a principle that enables plants, for instance, to draw in water from the soil via their roots: osmosis. With the new type of sportswear, this principle is accelerated even further by applying a voltage of around 1.5 volts. To ensure that liquid is actively transported from the inside to the outside by means of electro-osmosis, a polymer membrane with a thickness of only 20 micrometers is used, which is coated on both sides with a noble metal by means of plasma coating. This is achieved by using just under 0.2 grams of gold per ski jacket, which has an impact on the price of the membrane. However, gold has proven to be significantly more durable than silver-coated electrodes.

How the jacket works

When an electrical voltage is applied to the membrane, salt ions – and with them the liquid surrounding them – migrate through tiny pores in the membrane to the outside, from where they are attracted electrically, so to speak. For this purpose, the membrane is equipped with a conventional battery, which can be switched on depending on weather and body activity. “Even without current, liquid passes through the membrane. However, as soon as an electrical voltage is applied, the pumping effect increases significantly”, says Dirk Hegemann from Empa’s Advanced Fibers lab. The membrane can pump out about 10 liters of liquid per square meter and hour by electro-osmosis.

For the final product, though, the electro-osmotic membrane will be integrated into a ski jacket within various functional layers. “Thanks to our new physical and numerical models, we were able to optimize the textile structure of the HYDRO_BOT technology," explains Simon Annaheim from Empa’s Biomimetic Membranes and Textiles lab.
Experiments in the climate chambers at Empa showed that the electro-osmotic principle not only works in aspects of physics but also meets the physiological requirements of the human body. Here, the anatomically shaped sweat manikin SAM simulates how the human body behaves during exercise. SAM moves, heats up and ejects precisely defined quantities of liquid through 125 tiny nozzles. “SAM and the data it provided us with enabled us to objectively analyze the wearing comfort and functionality of HYDRO_BOT clothing," says Annaheim.

World premiere at the ISPO in Munich 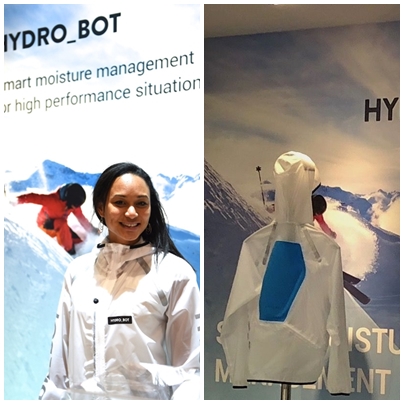 Prototype of the electro-osmotic jacket at the international sports fair ISPO in Munich. Image: Osmotex

Osmotex expects jackets with the HYDRO_BOT technology to be launched on the market for the 2018/19 season. In addition to Empa, Swiss sportswear manufacturer KJUS and Swiss textile company Schoeller are involved in the further development of the technology. However, a prototype of an electro-osmotic jacket can already be admired at the international sports fair ISPO in Munich from 28 to 31 January 2018, where Osmotex will be presenting it to the public for the first time.

World premiere: the first HYDRO_BOT ski jacket – get rid of sweat at the push of a button 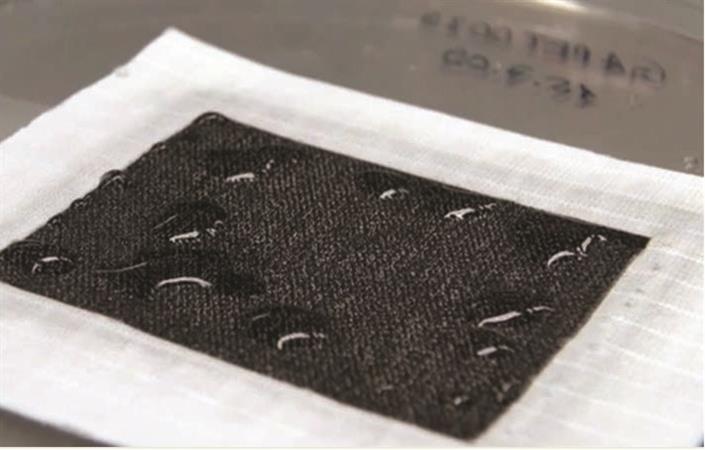 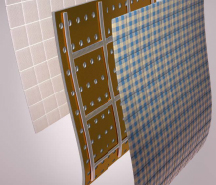