Over the next four years, five research institutes and six industrial companies from seven European countries will work together to find solutions for the next generation of lithium-ion batteries. Also on board as a partner is the Swedish company Northvolt, which intends to set up two large-scale production facilities (gigafactories) for vehicle batteries in Europe. 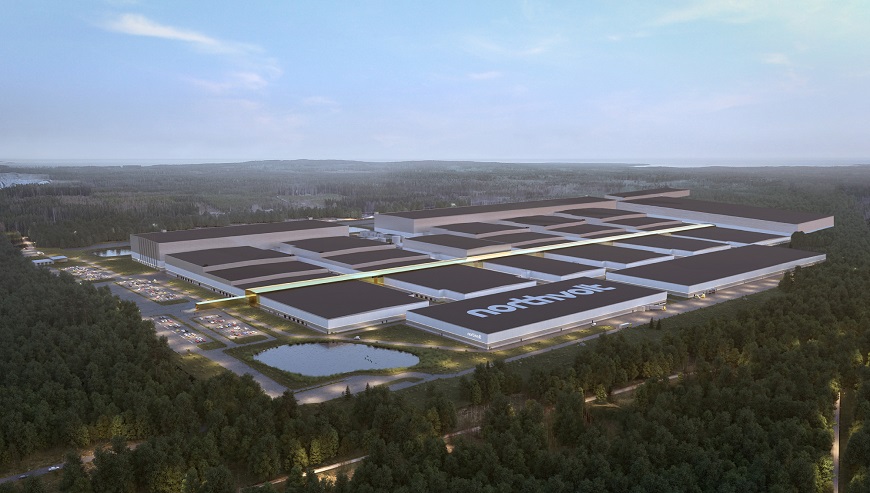 Vehicle batteries of the future must be manufactured in gigafactories – just as Tesla demonstrates. This is what the gigafactory of the Swedish company Northvolt could look like. Northvolt is jointly working with Empa on the SeNSE research project. Image: Northvolt AB

The demand for batteries for electric cars will increase dramatically in the next few years. At present, more than 90 percent of these batteries come from Asia. The EU Commission has therefore set up the “European Battery Alliance” in 2017 to build up competences and production capacities for this key technology in Europe. Experts estimate that the European demand for lithium- ion batteries alone will require  10 to 20 so-called “ gigafactories” – large-scale production facilities for batteries.

The research in the SeNSE project is part of this “European Battery Alliance” initiative and is supported by the EU research funding programme Horizon 2020. The eleven research partners of SeNSE – ﬁve research institutes and six industrial companies – are conducting research on next-generation lithium-ion batteries – the so-called “generation 3b”. In contrast to current traction batteries, this next generation will have higher energy density and improved cell chemistry and battery management system: Instead of pure graphite anodes, the aim is to use silicon-graphite composites. The content of critical cobalt in the cathode will be further reduced. New additives in the electrolyte and interphase design approaches will slow down battery aging and extend cycle life. New sensors will also contribute to a longer service life and improve fast charging capability by supplying data from inside the battery cells to the battery management system. This data should allow a much more reﬁned temperature management compared to today’s lithium-ion cells.

The sustainability of generation 3b cells is also expected to exceed that of the current generation: The cathode will be manufactured without the use of ﬂammable and toxic solvents, which will greatly simplify the series production of the cells and reduce their cost. All aspects of SeNSE research are geared towards producing the next generation of cells in European gigafactories. To be competitive in the future, cost-effective and raw material-saving production methods are therefore crucial. The SeNSE project also considers the second life use of decommissioned vehicle batteries as stationary storage units and, ﬁnally, the recycling of the batteries. The research partners of Empa (CH), which is leading the project, are the Westfälische Wilhelms-Universität Münster (D), the Forschungszentrum Jülich (D), Coventry University (UK), the Austrian Institute of Technology (A), and the companies Solvionic (F), FPT Motorenforschung (CH), Lithops (I), Northvolt (S), Enwires (F) and Huntsman Advanced Materials (CH).

COBRA This project is lead by the Catalonia Institute for Energy Research (IREC) and aims to develop a novel Li-ion battery technology with superior energy density, low cost, increased cycles and reduced critical mate-rials. The scientists will focus on a Co-free cathode and advanced silicium composites as anode and as separator material. Three universities and nine enterprises covering the entire value chain are working on COBRA.

3BELIEVE is lead by the Austrian Institute of Technology (AIT) and aims at the 3b generation of cells for electriﬁed vehicles beyond 2025. The team will use Lithium- nickel- manganese oxide as cathodes, LiFSI as electrolyte, a portfolio of internal and external sensors (22 sensors per module) and an adaptive liquid cooling system managed by a smart battery management system with advanced diagnostic and operational functions.

On the way to the Gigafactory

The Swedish company Northvolt plays a decisive role in the research project. The company was co-founded in 2016 by two former Tesla employees, who were involved in the construction of the Tesla gigafactory in Nevada (USA). Northvolt is currently planning the ﬁrst European gigafactory with a production capacity of 32 GWh per year to be built in Sweden. A further gigafactory with an annual production of 16 GWh is to be built as a joint venture with Volkswagen in Salzgitter (Germany). For comparison, the Tesla Gigafactory in Nevada currently produces around 30 GWh of batteries per year, according to management. Experts from Northvolt will advise the SeNSE researchers through regular brieﬁngs. By the end of the project, a series of battery cell prototypes will have been developed. A demonstrator with 1 kWh storage capacity will demonstrate the capabilities of the battery cell generation 3b. At the end of the project, the production technology developed will ﬁnd its way into industry in the form of pa-tents. The SeNSE research project ends after 48 months in spring 2024. 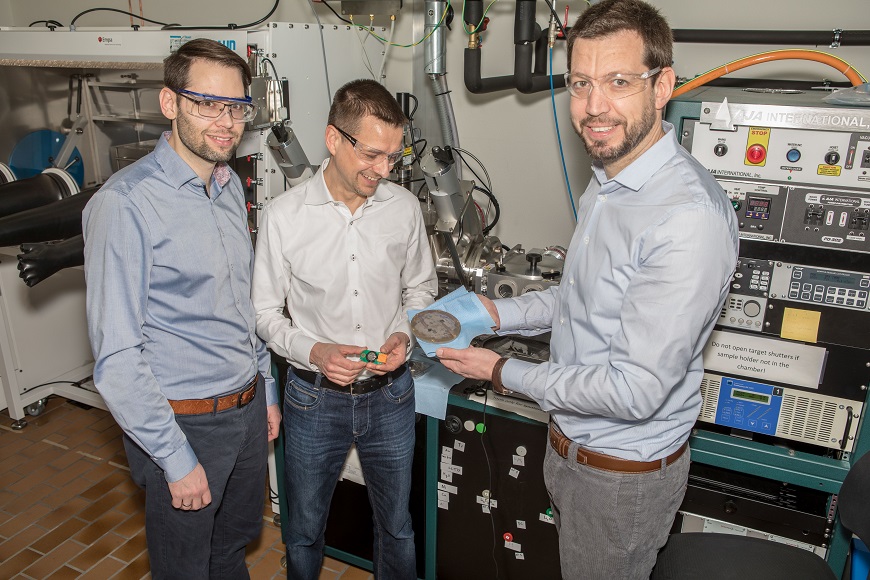 Corsin Battaglia’s team at Empa is involved in another European research project: The project, called SOLiDIFY, looks even further into the future and is developing future-generation batteries – so-called solid-state lithium-metal batteries. In contrast to today’s lithium- ion batteries and those of generation 3b, these solid-state batteries will no longer contain any liquid, ﬂammable components. They are therefore safer and more tolerant to elevated tem peratures, can deliver higher power, and can be charged and discharged faster.

According to experts, these batteries – called generation 4b – could be ready for the market in about ten years. At half the weight and half the size, they should deliver the same storage capacity as today’s lithium-ion batteries. 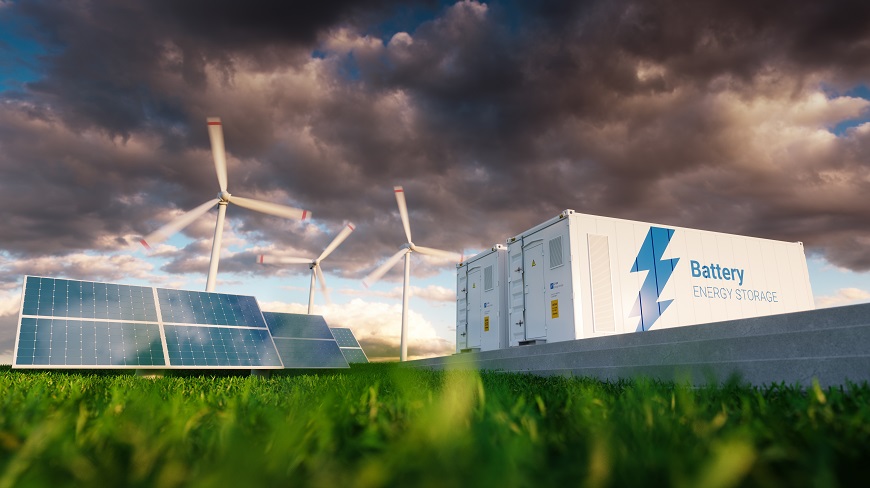 The demand for batteries to store renewable energy will grow drastically in the coming years. Could we develop more sustainable technologies to save precious natural resources, besides the familiar lithium-ion batteries? More. 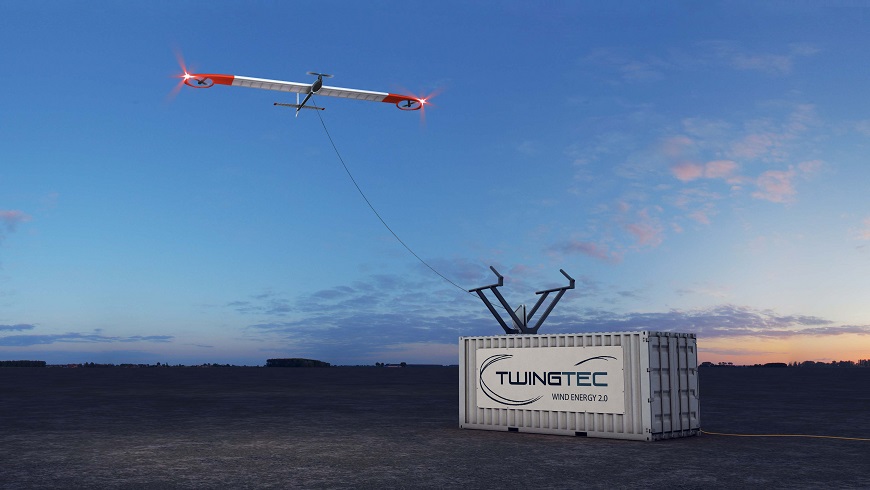 Fresh Breeze for Ecology and Economy