If Switzerland wants to achieve its goal of being climate neutral by 2050, there are still many hurdles to overcome. As part of the St. Gallen City Challenge for the Swiss Digital Day 2021, a new simulation game developed by Empa and partners immersed participants in problems, opportunities and quandaries – a lively inspiration for a sustainable future. 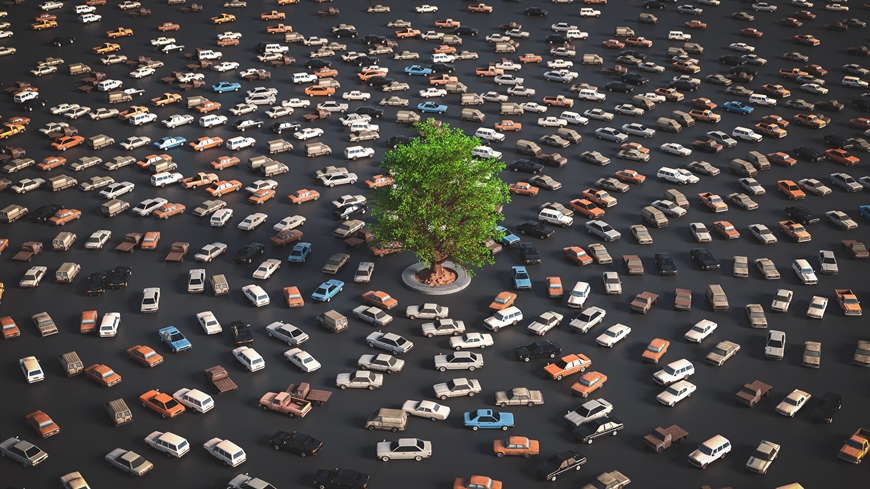 Practicing through play: Effective strategies for climate protection are not created in a quiet room. Empa has developed a climate game that works well in teamwork to bring out ideas. Image: istock

Today they will stop global warming: Bertrand, a food engineer, and Stephi, a biochemist with a PhD and a soft spot for environmental issues. Ariane and Salomon, two experts in sustainability, as well as Patrick, instructor for teachers, Marcel, an Empa scientist, and Tamar, a spatial planner. Between 41 and 56 years old, they bring a diverse range of skills and a lot of experience. And curiosity as to whether they will reduce greenhouse gas emissions in Switzerland to net zero – in half a day?

Saturday, 23 October, 1:30 p.m.: "postfossilCities" at Empa St. Gallen. "We're about to take off and accelerate! " says Markus Ulrich, a simulation game professional who helped develop it. With Empa researcher Andreas Gerber, he explains the simulation, which is based on several years of studies (see infobox). From now on, Bertrand is an investor, Stephi represents the general population, Ariane is a planner, and Salomon is an energy supplier. Patrick becomes a niche player, Marcel a politician and Tamar an industry representative.

Seven roles, equal rights – a climate federal council, so to speak. To make the simulation feel real, the rules of the game specify several goals. On the one hand, success in the struggle for less greenhouse gases and "a good life for all," on the other hand, pure self-interest. In other words, the politician should promote his popularity, the niche player new technologies; and industry wants to maximize its profit. 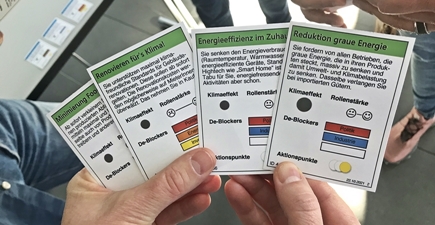 Warm-up round to the future: 2021 to 2024. Thank goodness there are no dice rolls in climate. Instead, the seven are each allowed to select three of their action cards: Climate protection measures ranging from cautious to radical. They look skeptically at their options, ponder, murmur. The investor, for example, can invest money in hybrid vehicles, possibly a transitional technology – and the politician could try to ban internal combustion engines for private vehicles altogether.

The consequences of each action can be read off the cards. The effect on the climate as well as the influence on one's own "role strength": Those who assert their interests may use more action cards – and thus have more room to maneuver. And last but not least, "de-blockers": other players who have cards that can be used to strengthen the effect of their own card. If you want to win, you have to forge alliances.

Second round: 2024 to 2027. Around the game table in the center, the seven form groups, split up, look for new alliances, compare their cards. Planner versus politician: First "renovate for a better climate" or immediately a strict building law to establish a "zero or plus energy standard"? Or better "urban self-determination" in advance, so that neighborhoods in the Swiss city help shape climate protection? Planner Ariane herself works on sustainable projects with citizen participation and wished for more action cards with such ideas. "Politics needs participation, too, doesn't it!" she says.

"30 seconds left, 10, stop!", Markus Ulrich's voice echos through the room. Andreas Gerber records the cards he has put down one by one on the computer in the game software. "Ah, you've been doing urban planning: Planning for short distances," he says, "huiij, also a drastic measure: banning combustion engines!" What did all this achieve? Andreas projects diagrams on the wall: four players are tied for the lead. The curve of greenhouse gas emissions by the year 2100 has lowered, but: "There is still a lot of potential in some areas," he says, "food and industry, for example."

The clock is ticking

Third round: 2027 to 2030. Only five minutes to reflect – after all, time is running out for climate protection, too. Nevertheless, Stephi remains level-headed. Drastic action may not be necessary for her "population," she hopes. And black-and-white decisions like "Nuclear power? No thanks"? Better to wait and see.

Negotiate again. Groups of three, four and five, proposals, compromises. The game gets faster and also more intense. "He just won't budge on CO2 capture and storage!", grumbles niche player Patrick about a colleague and leaves the group. "Vested interests versus collaboration," says Andreas Gerber with a satisfied smile, "now everyone is really in the middle of the game!"

A metronome starts ticking: one minute to go. And then another drastic directive. "Ban fossil heating systems," Andreas reads out. Energy consumption by refrigerators, stoves and other appliances will also be reduced, but the projection shows: The greenhouse gas emission curve slides only minimally downward as a result. Household appliances thus do not play a major role for the greenhouse gas balance.

"On balance, an effective round. But our emissions are still three times the available carbon budget," the game leader sums up. Much remains to be done, but at shortly before 4 p.m. time is running out, because the de-briefing, which is part of the game, is still to come – aborting the exercise. Disappointed expressions here and there. "Leave your roles," says Markus Ulrich all the same, "return to the year 2021!"

Coffee, chocolate, time to breathe – already thoughts are swirling through the round like leaves in a storm. "Coordination is important," says Stephi, "but sometimes you just have to take a decision and then see what happens. Very exciting!" Planner Ariane also found the game inspiring. "More topics from areas like biodiversity or health would be nice," she adds. And Solomon? "You're happy when a coup succeeds," he says, grinning, "but in the game, of course, there are only 'good' measures – no antagonists like 'climate Taliban' as opponents."

Who won in the end?

No word on that, nor any question. The seven are simply not interested in who came out on top in the end – a quiet piece of advice, perhaps, to politicians, companies, investors and everyone else who plays a real role in climate protection.

"postfossilCities" is a simulation game, in which players test the transformation of a fictitious Swiss city to climate neutrality. In addition to role-playing elements, the game also includes a new dynamic computer model that contains data on the material flows of the entire Swiss economy. This model makes it possible to spontaneously calculate various scenarios – the basis for estimating the impact of around 200 decision options ("action cards") on greenhouse gas emissions in various sectors. Because of its complexity, the game is not available in stores – it is designed for guided workshops and is aimed at current and future decision-makers such as managers, students and other interested parties. There is also a version for virtual game occasions. The game was developed as part of a project within the National Research Program "Sustainable Economy" (NRP73) at Empa in St. Gallen with partners Ulrich Creative Simulations, the University of Zurich, the University of Applied Sciences of Eastern Switzerland and the Norwegian University of Science and Technology. 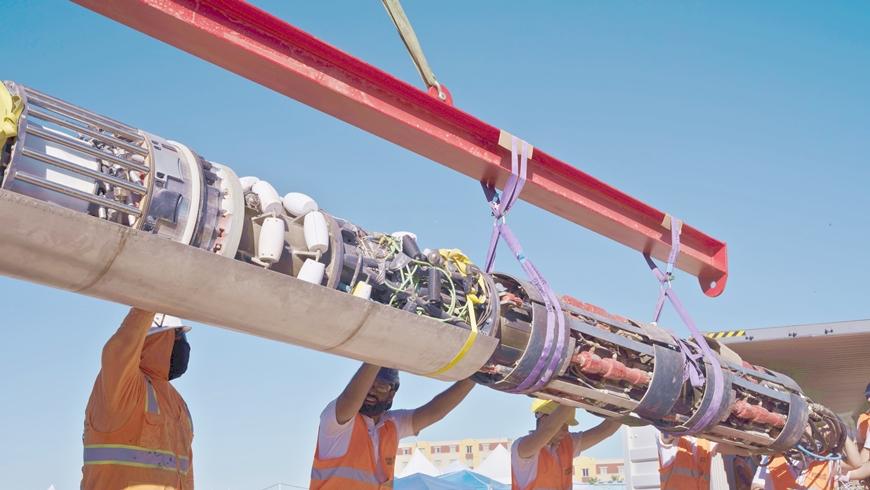 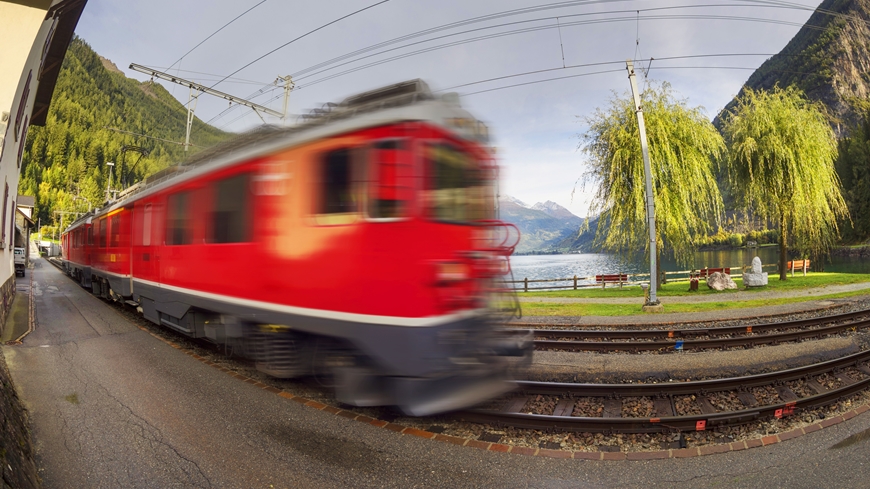 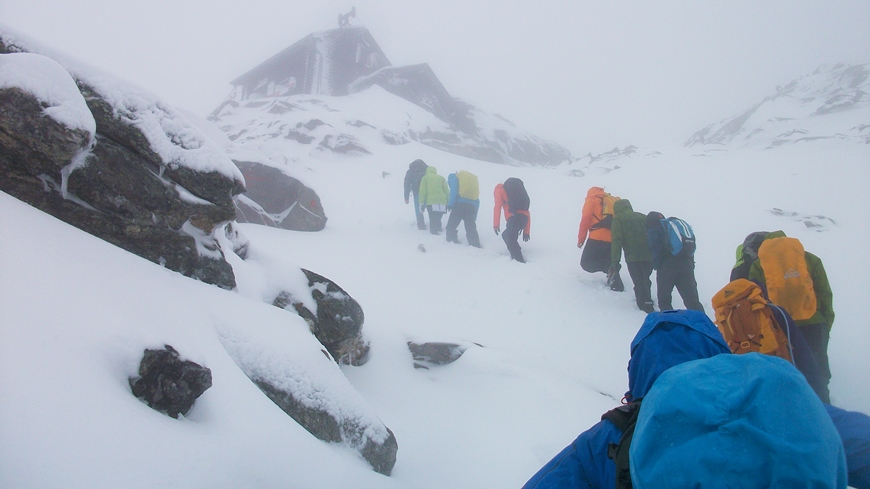