Cars that autonomously navigate from A to B are expected to be a common sight in a few years from now. But road approval is still a long way off. One important aspect: How can we tell a self-driving car has become "blind" with age, i.e., its sensors would need to be replaced? An Empa team is looking for a solution. 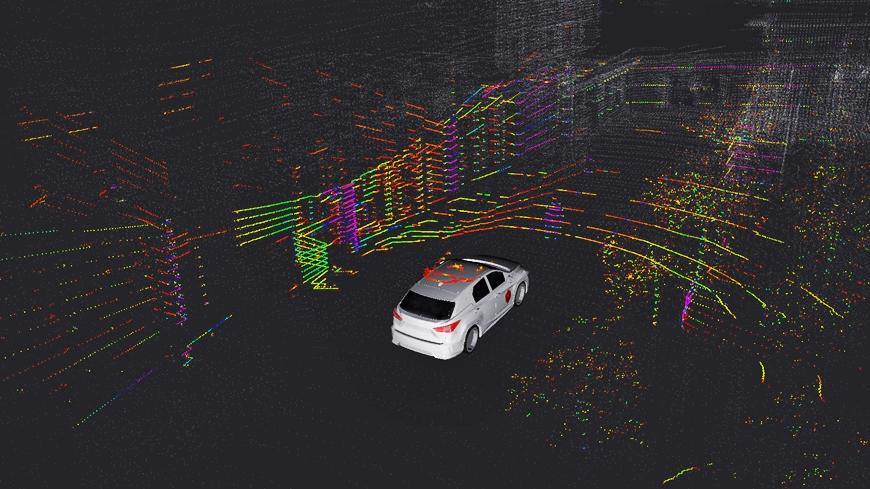 What does a car see? Laser scan of the Empa test track: the lab building on the left, trees on the right, a pedestrian in front of the car. Image: Empa

The five meter-long Lexus RX-450h leads a rather contemplative life at Empa. It never takes long trips. Instead, the SUV dutifully makes its rounds on a special track just 180 meters long in a secluded backyard of the Empa campus. The scenery is not particularly spectacular: The Mobileye camera behind the windshield sees freshly painted lane markings on aging concrete; the Velodyne lidar scans the window front of always the same lab building at every turn, and the Delphi radar behind the Lexus' radiator grille routinely measures the distance to five tin trash cans set up to either side of the course.

At the same time, in California ...

Thousands of miles to the west, on the U.S. Pacific coast, things look a bit more dramatic. "Wow, I didn't think the car could do that," says Sam Altman. He's the head of OpenAI, an artificial intelligence company, in which Elon Musk and Microsoft have stakes. Altman watches a video with Kyle Vogt. Vogt is CTO and co-founder of Cruise LLC, which is now part of General Motors. The video is also available on Youtube and shows how a Cruise test vehicle drives through San Francisco for 75 minutes, mastering all inner-city driving situations with very little intervention from programmers. It overtakes waiting garbage trucks even when oncoming traffic is already in sight, and can turn left independently at small intersections even when pedestrians want to cross the lane at the same time.

The Tesla fan community also published euphoric videos in late October 2020. Some beta testers of the Tesla software have received a pre-release version that allows the car to navigate autonomously through residential areas. A Youtuber named TeslaRaj underpins his enthusiastic video with violin music and shows how his car stops at red lights, strictly obeys speed limits and autonomously maneuvers around parked cars.

Trust is good, control is better The radar- and laser-equipped Lexus on the Empa campus. Researcher Miriam Elser and her team designed the driving tests.

If the Californians have already come this far, what sense does it make to drive around in a backyard in Dübendorf? Miriam Elser explains why. She works in Empa's Automotive Powertrain Technologies lab and is leading the project with the Lexus.

Empa is breaking new ground with this project: Previously, she and her colleagues had been working on powertrains, renewable fuels and exhaust gas purification, as well as vehicle operation. Now, for the first time, the Empa team is also looking at self-driving cars.

"We are investigating how these sensors work in different environmental conditions, what data they collect and when they make mistakes or even fail," says the researcher. "Every human driver has to pass a vision test before getting a driver's license. Professional drivers must repeat this test on a regular basis. We want to develop a vision test for autonomous vehicles so they can be trusted even when they're several years old and have thousands of miles on the clock." 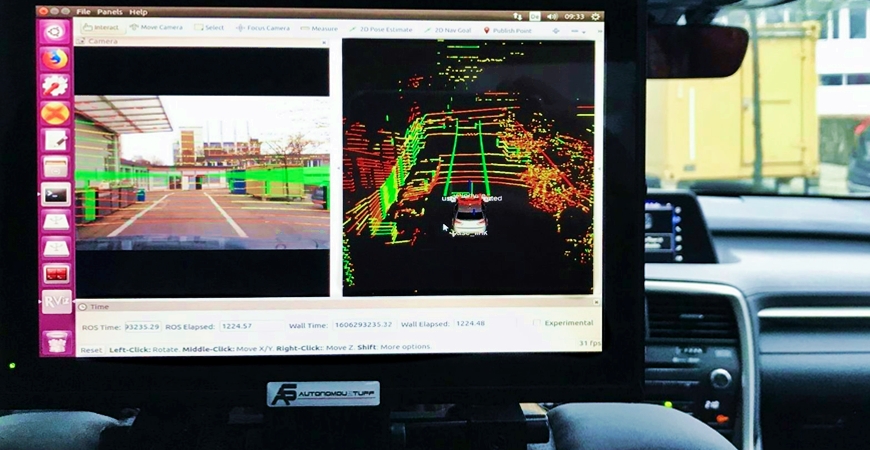 The topic has not received a lot of attention so far: Among the more than 1,000 research papers published on autonomous driving in the past five years, only about 20 deal with the quality of sensor data.

The processing of the data literally happens in a black box. The knowhow is worth a lot of money and is carefully kept by Google, Apple, Tesla, Cruise LLC and the other major manufacturers developing autonomous vehicles. They don't let anyone look into their cards.

The needle in the data haystack Does the car see enough even in bad weather? The Empa team designs a vision test for cars. Image: Empa

Sensor quality plays an important role in the eventual approval of autonomous cars for public transportation. The operational safety of such vehicles falls within the remit of the Swiss Federal Roads Office (FEDRO), which is providing financial support for the research at Empa. FEDRO wants to be able to assess the functionality of autonomous systems at regular intervals - and independently of the manufacturers. The authority's experts also want to make it possible to conduct a kind of "witness interview" if an autonomous car has been involved in an accident. The problem is that each second the sensors collect enormous amounts of data. Analyzing this flood of raw data would be unreasonable for accident investigation authorities. At some point in the future, therefore, the law will have to specify which data must be stored in the car and made accessible for investigations.

Moreover, FEDRO is preparing the approval of field tests with self-driving vehicles on public roads. But how can we judge if and when it becomes dangerous? When do sensors fail, and when do they make serious mistakes so that the test would have to be aborted or modified? Even for monitoring such field trials, it is necessary to be able to quickly and accurately assess the vision and the "judgment" of autonomous cars.

The project is part of a digitalization initiative of the Swiss Competence Center for Energy Research – Efficient Technologies and Systems for Mobility (SCCER Mobility), co-funded by Innosuisse, FEDRO and industry partners. While Empa is investigating commercially available sensors in practical use, the Swiss Federal Institute of Metrology (METAS) is analyzing the same sensors in a laboratory environment. The next generation of vehicle sensors is also already the subject of research. This part of the project is being undertaken by the Institute for Dynamic Systems and Control Engineering at ETH Zurich.

There is not much time left to develop the scientific basis for evaluating and assessing autonomous cars. The competition around self-driving cars is enormous, and the automotive industry could soon be equipping its vehicles for this purpose.

Whether self-driving cars will in future be able to avoid accidents and traffic is the subject of ongoing research. An appropriate legal framework is crucial. But the trend toward vehicle software that increasingly supports driving is unstoppable.

Images
Images in high resolution can be downloaded here.
Literature