Buildings, roads, railways, supply and disposal networks and much more: The entire Swiss built environment is as complex as its challenges for the future – due to climate change, natural hazards, population growth and other factors. Where to start? With which priorities? An expert group has launched an initiative for an overall view – and thus is giving new impetus for research and practice. 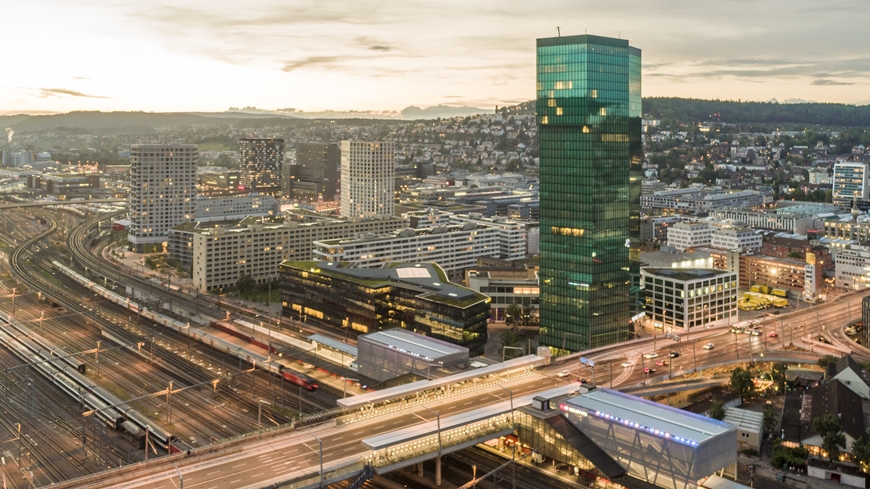 Bird's eye view of the Zurich Hardbrücke: With roads, routes, buildings and much more, the Swiss structure is a complex task. Image: istockphoto

Reducing CO2 emissions from heating, building more densely, making greater use of solar energy and storing it efficiently, rethinking mobility and transportation: These are the buzzwords that come to mind for many contemporaries when asked about urgent tasks. But what is most important? How can our limited resources be used most efficiently to achieve the net zero target in greenhouse gases by 2050, for example? When, at the same time, the Swiss rail network is at capacity, the road network is highly congested, and the volume of traffic continues to rise?

These are questions that make even experts wonder. In view of the manifold challenges, five experts now want to give new impetus to the project "Entwicklung Bauwerk Schweiz", which started about ten years ago (see info box). Under the leadership of Peter Matt, Fritz Hunkeler, Hans Rudolf Ganz, Laurent Vulliet, Professor at the EPFL, and Empa Deputy CEO Peter Richner want to provide new food for thought – with a bird's eye perspective of all the tasks ahead. Only a synopsis of this kind makes it possible to prioritize measures across many topics and, in short, to do the right thing at the right time, the experts are convinced.

Details from the experts' analyses can be found in a new roadmap entitled "Switzerland's building stock is under pressure to adapt!" According to this, five segments are particularly affected by the upcoming challenges: the building stock, freight transport infrastructure, passenger transport infrastructure, both individual and public, drinking water networks and wastewater networks.

The roadmap also depicts graphically where its authors see the greatest potential. In a matrix, the need for action and the potential impact for individual measures are rated as particularly high in the area of passenger transportation and buildings. Moreover, mind maps provide an overview: Graphics that contrast drivers – i.e., challenges – with possible levers for individual segments of Switzerland's built infrastructure. For cargo transport, for instance, you can find keywords such as drones, "cargo sous terrain" and true costs as the basis for mobility pricing.

Expanding knowledge and making it usable

More specifically, the experts propose three initiatives: increased research to expand existing knowledge; secondly continuing education to ensure that it quickly reaches professionals in the field; and thirdly an impulse program to make useful information available to all interested parties in the form of documentation and other tools. "With the roadmap, we are pursuing several goals," says Richner, "to demonstrate the importance of Switzerland's built infrastructure for our society, to specify the need for action and, above all, to raise awareness of the fact that we can only develop a goal-oriented strategy for the future from a higher perspective."

Detailed information on the ideas of the five experts is available on a new website. In addition to the roadmap, the documents also include "Main Topics – Attempt at an Overview," written by Fritz Hunkeler: an extensive collection of materials that is also intended to serve as a stimulus for discussion. The technical background is illuminated by various presentations from the symposium "Entwicklung Bauwerk Schweiz" in Bern in June 2013, on which the project is partly based. 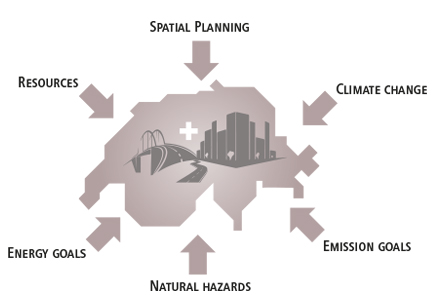 The project "Entwicklung Bauwerk Schweiz" was launched in 2010, when an ad hoc working group formulated a project idea that met with great approval in the Swiss construction industry. In June 2013, the conference "Zukunft Bauwerk Schweiz – Herausforderungen, Strategien und Massnahmen" (The Future of Switzerland's Built Infrastructure – Challenges, Strategies and Measures) took place in Bern, which was also supported by the Swiss government.

The goal: an overall strategy for the medium- to long-term development of the built environment in view of the challenges up to 2050 and beyond. The initiative resulted in a first roadmap and was continued by the Swiss Society of Engineers and Architects (sia) under the title "Switzerland 2050" – with a slightly different focus on spatial planning and landscape protection, however. Since the publication of the first roadmap in 2014, the challenges facing Switzerland's built infrastructure have intensified and accelerated significantly.