"Energy and Decarbonization" conference at Empa

How to make Switzerland CO2-free

Switzerland is about to undergo a comprehensive transformation of its energy system if it plans to drastically curb its CO2 emissions. The one-day conference on "Energy and Decarbonization" on 3 July at the Empa Academy focused on how such a transformation can succeed and which aspects are to be considered. More than 120 experts took part in the discussions. 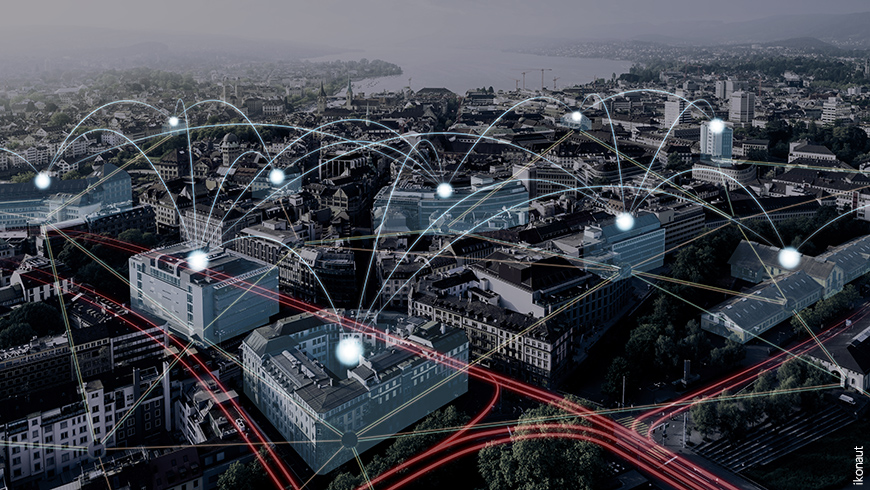 Switzerland's energy supply is still largely based on fossil fuels. In order to change this, interventions on several levels are necessary. New technologies are required to provide, store and convert energy – and at the same time it is crucial to improve the exchange of data between all sectors involved. Several Empa labs are conducting research in this field. The "Energy and Decarbonization" event at the Empa Academy provided, for the first time, an overview of all these research activities.

The conference was opened by Benedikt Unger from the energy consulting agency Pöyry Management Consulting, which is active throughout Europe. He pointed out various ways, in which an economy can tackle decarbonization. There are expensive and less expensive ways. The expert concluded: "In the future energy consumption must become more flexible than it is today. The customers are also in charge, because the energy suppliers alone cannot provide this flexibility."

The Energy Hub – supply within buildings

Philipp Heer, head of Empa's "Energy Hub", talked about the possibilities of making energy supply in residential and working districts more flexible. Digitalization can help to better balance supply and demand. The question remains: Should we store excess energy in large storage facilities or in decentralized small storage facilities? Heer advocates local batteries, in the vicinity to the photovoltaic systems of the individual houses. However, the regulation of the state of charge should not only be determined by the occupants of the house, but also by the regional energy supplier, who must operate and stabilize the grid. Both parties' interests must be taken into account.

Christina Orehounig, head of Empa's "Urban Energy Systems" lab, raised the question: Can buildings that were previously only energy consumers be energy service providers in the future? Can they generate and store electricity and heat and thus support the region's energy supply? Orehounig's team has calculated models for several locations in Switzerland, including Zurich-Altstetten, Basel, Zernez, Brig-Glis and Rheinfelden. Their conclusion: In all these locations the optimal energy system looks very different, and there is no one-size-fits-all solution.

Around 51 percent of Switzerland's energy consumption is caused by heating. Thus, it makes sense to also consider storing excess heat from summer to cover demant in winter in order to reduce the country's overall consumption. Luca Baldini, also working at the "Urban Energy Systems" lab, gave an overview of various heat storage technologies, such as the use of concentrated caustic soda lye, which generates heat when diluted with water. Above all, seasonal heat storage systems must be affordable. These systems are charged and discharged only once a year. Hence, the seasonal storage costs will have to compete with other energy sources.

The expansion of photovoltaics is pointless without the expansion of storage capacity for the electricity generated at midday. Ruben-Simon Kühnel from Empa's "Materials for Energy Conversion" lab gave an overview of Empa's research activities in the field of batteries. For instance, researchers are working on a more powerful version of the well-known lithium-ion battery as well as on solid-state batteries that could replace the current technology in the mid-term. Molten salt batteries such as sodium nickel chloride batteries could be useful for storing electricity in houses or urban quarters. They are made of inexpensive, widespread materials that do not run out any time soon.

Solar cells of the next generation

Solar cells must also compete in an international price battle. And the most efficient solar cell at the cheapest price will win the race. Thierry Moser from the "Thin Films and Photovoltaics" lab presented research in flexible thin-film solar cells that can be produced on rolls – similar to the packaging material for potato chips. The Empa team just recently achieved a new world record efficiency for flexible CIGS solar cells. A pilot plant is running at Flisom, an Empa spin-off in Niederhasli. These flexible solar cells can also be designed in two layers, in the form of a so-called tandem cells. In theory, these cells can achieve efficiencies that exceed those of conventional silicon solar cells.

Christian Bach, head of Empa's "Automotive Powertrain Technologies" lab, compared the CO2 emissions of electric cars, gas-powered vehicles and gasoline-powered or diesel-powered vehicles over their entire service life and a mileage of 200,000 km. Here, too, there is not ONE solution for all needs. Electric cars offer a clear technological advantage for short-distance traffic in the city. But on highways and for long-distance trips, this advantage is dwindling because large batteries are needed and the electric motor is less efficient at high loads. Gas and gasoline vehicles with sustainably produced fuels are an alternative option here.
Links to the participating speakers and their laboratories