Glowing glass droplets on the ISS

Together with researchers from Ulm and Neuchâtel, Empa will soon be studying material samples on the ISS. The material in question are super-hard and corrosion-resistant alloys of palladium, nickel, copper and phosphorus - also known as "metallic glasses". A high-tech company from La Chaux-de-Fonds, which produces materials for the watch industry, is also involved. 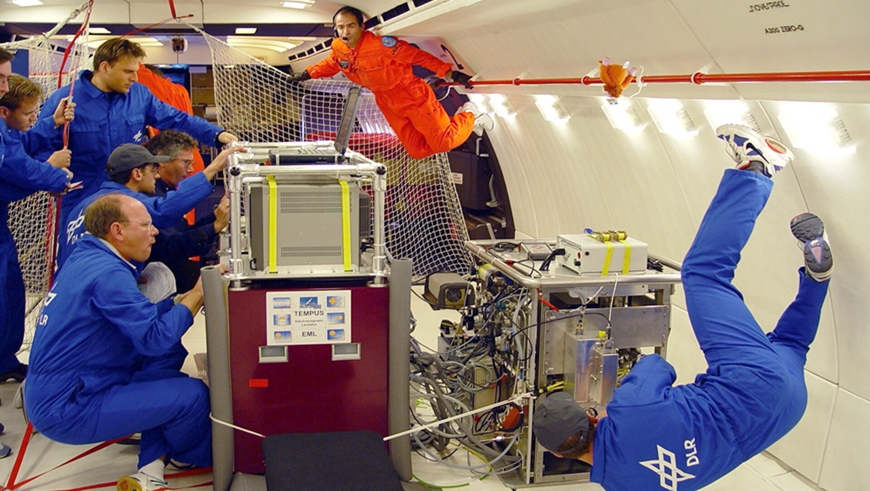 Zero gravity: Scientists at the University of Ulm during a melting test in the Zero-GAirbus of the company Novespace. Image: Airbus Defence and Space

It has the color of white gold, but it is hard like quartz glass and at the same time exhibits high elasticity. The smooth surface is free of crystalline structures and makes the material resistant to salts or acids. Individual pieces - for medical implants, for example - can be produced using 3D printing, while larger series - for watch cases, for example - are manufactured using injection molding. This is roughly how the material of dreams is described that scientists are currently researching. They are talking about "bulk metallic glass".

At Empa, Antonia Neels, head of Empa's Center for X-ray Analytics, has been working on this mysterious material for about 15 years. Her team investigates the internal structure of metallic glass using various X-ray methods, thereby discovering correlations with properties such as deformability or fracture behavior. Even for professionals in materials science, metallic glasses are a tough nut to crack: "The closer we look at the samples, the more questions arise," says Antonia Neels. This spurs the researchers' ambition all the more. 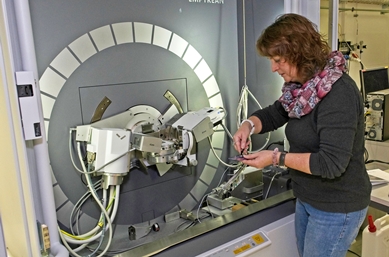 Antonia Neels, head of Empa Center for X-ray Analytics is an expert on metallic glasses and will analyze the samples from the ISS. Image: Empa

In a few months, a sample of metallic glass will be studied in the microgravity of the International Space Station (ISS). A group of researchers with Empa participation has prepared the samples and registered them with the European Space Agency ESA for space flight. The special alloy is supplied by the PX Group company from La Chaux-de-Fonds, which produces materials for the watch industry and dental technology. The team also includes researchers Markus Mohr and Hans-Jörg Fecht from the Institute of Functional Nanosystems at the University of Ulm and Roland Logé from the Laboratory of Thermomechanical Metallurgy at EPFL in Neuchâtel.

The production of metallic glass is not entirely simple: Compared to window glass, the specially selected metal alloys must be cooled up to a hundred times faster so that the metal atoms do not form crystalline structures Only when the melt solidifies extremely quickly, it is able to form a glass. In industry, thin sheets of metallic glass are produced by pressing the melt between rapidly rotating copper drums. Researchers sometimes cast their samples in molds made of solid copper, which dissipates heat particularly well. But larger, solid workpieces made of metallic glass are not feasible using these methods.

One possible way out of the dilemma is 3D printing using a process known as powder bed process. A fine powder of the desired alloy is heated for a few milliseconds with a laser. The metal grains fuse with their neighbors to form a kind of foil. Now a thin layer of powder is placed on top, the laser fuses the freshly applied powder with the underlying foil, and thus a three-dimensional workpiece is gradually created from many briefly heated powder grains.

This method requires a fine dosage of the laser pulse. If the laser burns too weakly on the powder, the particles do not fuse together, and the workpiece remains porous. If the laser burns too strongly, it also melts the lower layers again. The multiple melting allows the atoms to rearrange themselves, forming crystals - and that's the end of metallic glass.

X-ray methods and their extraordinary diversity 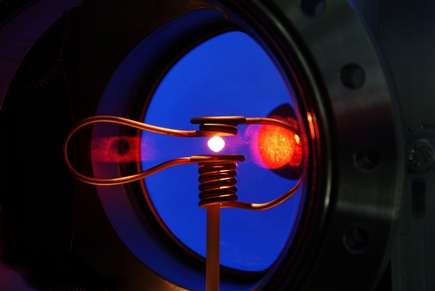 At Empa's Center for X-ray Analytics, Antonia Neels' team has already analyzed several such samples from 3D printing experiments. Meanwhile, the results always raise new questions. "Some evidence suggests that the mechanical properties of the glasses do not deteriorate, but on the contrary actually improve, if the sample contains small crystalline fractions," says Neels. "Now we're looking into the question of how large this crystal fraction in the glass needs to be, and what kind of crystals need to form to increase, say, the pliability or impact strength of the glass at room temperature."

To track crystal growth in an otherwise amorphous environment, Empa experts use a variety of X-ray methods. "With radiation of different wavelengths, we can learn about the structure of the crystalline portions, but also determine close-order phenomena of the atoms in the sample - in other words, determine the properties of the chemical bonds," Neels explains. In addition, X-ray imaging analysis, known as micro-CT, reveals details about density fluctuations in the sample. This indicates phase segregation and crystal formation. However, the density differences between the glassy and crystalline regions are extremely small. Detailed image processing is therefore needed to visualize the three-dimensional distribution of the crystalline portions.

Parabolic flight in the Airbus

But material samples from the 3D laser printer alone cannot completely solve the puzzle of metallic glasses. "We need to know at what temperatures these crystals form and how they grow - in order to use them to define stable manufacturing processes," explains X-ray specialist Neels. Important information is provided by thermo-physical parameters of the melt, such as viscosity and surface tension. Experiments on the ISS offer ideal conditions for these analyses. Preliminary experiments take place in parabolic flights.

As early as 2019, the first droplets of metallic glass have floated on an experimental basis. A specially converted Airbus A310 from the company Novespace flew a zero-gravity flight with a material sample. On board were scientists from Ulm and a small, metallic glass droplet from the PX Group company in La Chaux-de-Fonds. The metallic glass that the research group is studying consists of palladium, copper, nickel and phosphorus. In the experiment called TEMPUS (crucible-free electromagnetic processing under zero gravity), the glass droplet was held in suspension by means of a magnetic field and heated up to 1500 degrees Celsius by induction. During the cooling phase, two short pulses of induction current caused the glowing droplet to oscillate. A camera recorded the experiment. After landing, the material sample was analyzed at Empa's Center for X-ray Analytics.

Why the ISS delivers more results

The analysis of the video from the parabolic flight allows conclusions to be drawn about the viscosity and surface tension of the droplet - important data for better controlling the production of metallic glasses with specific properties. But the time of microgravity during the flight lasts only 20 seconds - too little for a detailed analysis. That can only be done on the ISS.

So now a sample of the same material has been registered for a flight in the European COLUMBUS module of the ISS. The ISS-EML electromagnetic levitation furnace has been installed there since 2014. In each case, 18 material samples fly along, are automatically exchanged and can be observed by researchers on Earth via video stream. The metallic glass from Switzerland will go into space with the next batch of samples.

The researchers plan to generate a computer simulation of the melt from the far more detailed data obtained during the space flight. This will bring all the answers together in a single model through a combination of experiments on Earth and in space: At what temperature is there what viscosity and surface tension? When do crystals of what composition, size and orientation form? How does this internal material structure influences the properties of the metallic glass? From all these parameters, the researchers want to develop a manufacturing method together with the industrial partner PX Group, in order to be able to produce the coveted material in a defined form. So there is still a lot for the materials researchers to do in the next few years.