Even if concrete is not flammable, it can be hazardous in tunnel fires: high-performance concrete can explode at high temperatures. Although the phenomenon is well known, the physics behind it have not yet been fully understood. Empa researchers have now made the processes inside concrete visible for the first time using real-time-neutron radiography and tomography. 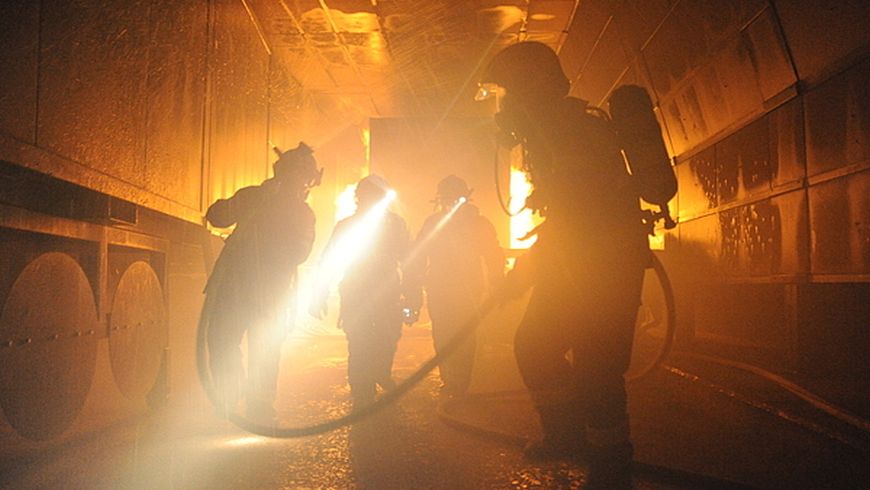 In tunnel fires, concrete can be a major hazard, not at least for rescue groups. Image: www.ifa-swiss.ch

Gotthard, Montblanc, St. Bernardino – tunnel fires repeatedly cause the ceilings of the seemingly stable tubes to collapse. Infernal temperatures of up to 1000 degrees Celsius push concrete to its limits – and depending on the specific material in question, it can explode. However, the process has not yet been fully understood. It is clear that the water contained in high-performance concrete starts to move and evaporates – but cannot escape. The enormous vapor pressure in the fine pores of the concrete and the thermal stress on the material can cause parts to be blown off. Whether such explosions actually occur and how serious the consequences are depends on numerous factors and can hardly be predicted.

In order to better understand the physics of bursting concrete, Empa researchers and a team from the University of Grenoble and the Laue-Langevin Institute, also in Grenoble, have for the first time used neutron tomography to produce three-dimensional images of the interior of heated concrete in real time. The investigations were only possible thanks to the strong neutron source at the Laue-Langevin Institute. The scientists took up to 500 pictures per minute and constructed a unique three-dimensional model of the spalling concrete.
So far experts have only been able to conclude that water in concrete moves away from a heat source and accumulates. The moisture would thus act as a barrier and would prevent water vapor from escaping. Therefore, the vapor pressure would rise to the extent that the material would have no choice but to explode. Using the new experimental setup, the Empa researchers and their colleagues could now actually observe this moisture barrier.

Concrete consists of a mixture of sand, cement and water. A chemical reaction occurs between cement and water, which chemically and physically binds the water and hardens the mixture. If the temperature in a fire exceeds 200 degrees Celsius, the cement in the concrete dehydrates and the bound water turns into vapor. High-performance concrete generally has very low porosity and very fine pores. These properties are of great advantage as they provide high strength and exceptional durability, making the concrete virtually impermeable to external contaminants. However, the low permeability of high-performance concrete turns out to be a disadvantage in the case of a fire with very high temperatures because water vapor cannot escape and extremely high vapor pressures can build up.
At high temperatures, High-Performance-Concrete can explode. One of the reasons for spalling is the water within the concrete. Empa researchers have already developed and patented new additives that counteract the spalling of concrete. The new results should now lead to be a further step towards the development of safe building materials with greater resistance even at the highest temperatures, such as a tunnel fire.
Further Information 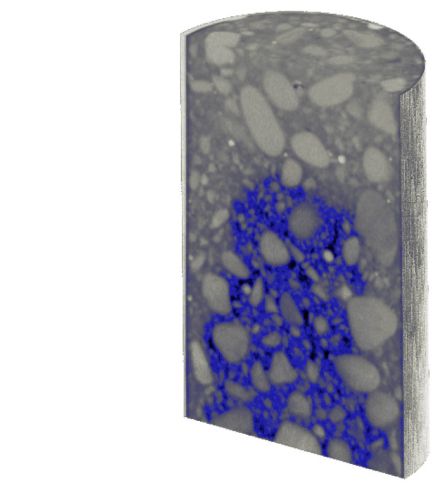 The drying front can be clearly seen on the neutron image. Click on the image to watch the process on video. Image: Sciencedirect 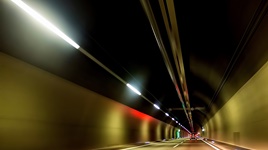