Self-compacting and now fire-proof, too

Self-compacting high-performance concrete (SCHPC) has till now suffered from one weakness – when exposed to fire it flakes and splits, which reduces its loadbearing capacity. Empa scientists have now developed a method of manufacturing fire-resistant self-compacting high-performance concrete which maintains its mechanical integrity under these conditions. 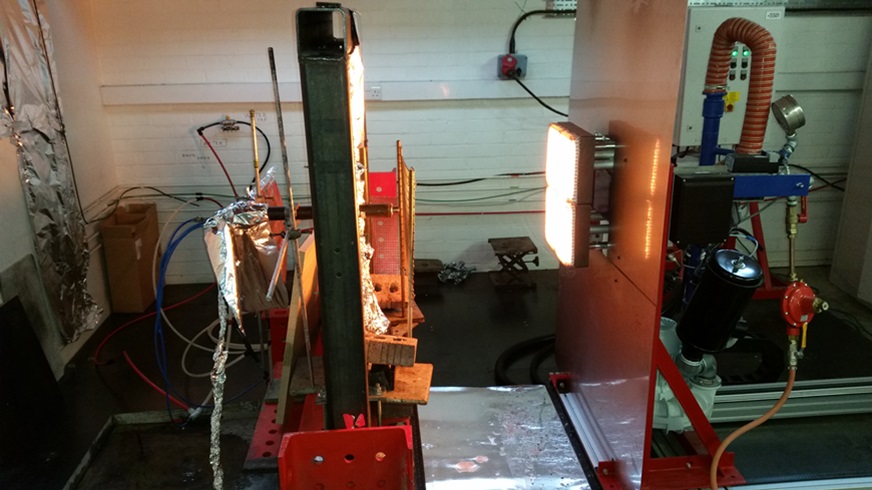 Researchers from Empa tested a SAP-containing concrete slab with a radiant heater. Some discolouring emerged at the surface of the concrete element, but no spalling occurred (Copyright: courtesy of Prof. Luke Bisby, head of the IEE-BRE fire safety center of The University Edinburgh).

Wood crackles as it burns in a chimney or campfire. When concrete is exposed to fire it chips and flakes – a process known as spalling. Both effects are due to the same phenomenon: water trapped within the piece of wood or concrete element vaporizes due to the high temperature. As more water vapour is produced the pressure within the wood or concrete structure increases. In wood this causes the cells to burst with a crackling sound, creating cracks in the logs. In concrete structures, chips split away from ceilings, walls, and supporting pillars, reducing their loadbearing capacity and increasing the risk of collapse in a burning building.

The resistance of conventional vibrated concrete to the heat of a fire can be optimized by adding a few kilograms of polypropylene (PP) fiber per cubic meter of concrete mixture. When exposed to fire the fibers melt, creating a network of fine canals throughout the concrete structure. These allow the water vapour to escape without increasing the internal pressure, so the concrete structure remains intact. 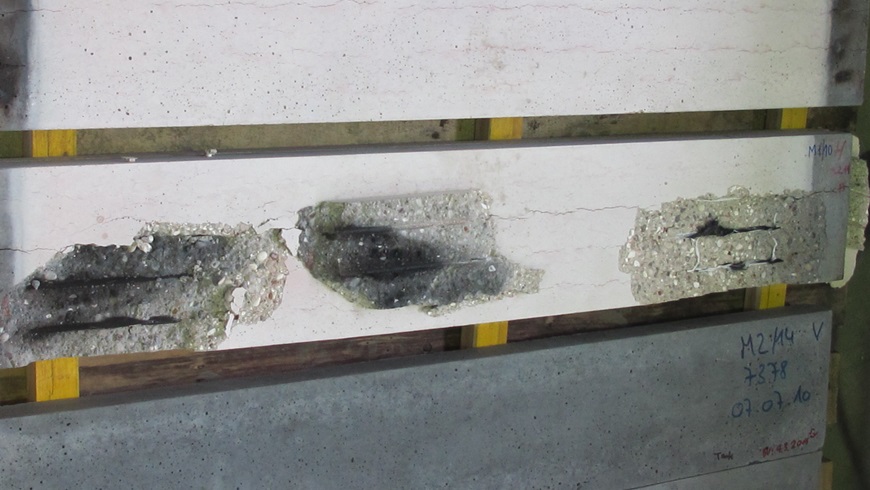 The SAP-containing concrete element resisted temperatures of about 1000 °C, and its capacitance was preserved. The slab made of concrete without SAP showed some severe spalling which reduced the loading capacity of the slab and raised the risk of a collapse.

A conflict of interest for concrete users: fire resistance vs self-compacting ability

Self-compacting high-performance concrete (SCHPC) behaves differently though. Adding more than 2 kg of PP fiber per cubic meter to the SCHPC mixture affects its ability to self-compact, so the proportion of PP fiber in SCHPC must be kept relatively low. This in turn means that if the concrete is exposed to fire, the network of fine canals created by the melting fibers is not continuous throughout the entire structure, allowing spalling to occur. The $64,000 question is therefore how to make SCHPC fire-resistant, so buildings made of it are safer, whilst keeping the proportion of polymer fibers low enough that the concrete remain self-compacting.

Researchers from Empa’s «Concrete / Construction Chemistry» and «Mechanical Systems Engineering» Laboratories have now managed to find an answer. They manufactured a series of thin-walled concrete slabs which were prestressed with cables made of carbon fiber reinforced polymer. The concrete from which the slabs were made also contained 2 kg of PP fiber per cubic meter of mixture. In some slabs the scientists also added a small quantity of super absorbing polymer (SAP), a special synthetic material which is capable of absorbing many times its own weight in water. They then exposed the concrete slabs to fire, reaching temperatures of up to 1000°C. After 90 minutes it became clear that whilst the SAP-containing concrete slabs showed some minor cracking, spalling occurred only in the SAP-free slabs.

The explanation for this behaviour is as follows: during the manufacturing process the SAP is saturated with water, swelling to several times its dry volume. As the concrete is setting the water is drawn out of the SAP by capillary action in the porous cement matrix. The SAP shrinks and creates hollow spaces which link the individual, hitherto unconnected networks of PP fibers. The result is a dendritic network of SAP and PP fibers which permeate the entire volume of concrete, allowing it to tolerate the heat of the fire for sufficiently long to maintain the structural integrity of the building.

With their innovative development the Empa researchers have widened the opportunities for exploiting the economic and environmental advantages offered by self-compacting concrete (SCC). The new process, for which a patent has been applied, allows for instance the use of SCHPC for fire-resistant structures. To date this is only been possible using SCC in combination with a sprinkler extinguishing system or an external thermal insulation layer.

But the new SCHPC boasts an additional advantage – the machines used to compact conventional vibrated concrete generate a considerable amount of noise. Construction companies can now keep the noise level down by using SAP enriched self-compacting high-performance concrete instead of vibrated concrete, without any loss of fire resistance. 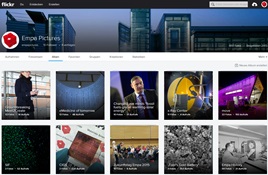