The integration of engineered nanoparticles (ENPs) in façade coatings may lead to improved or new functionalities during their life cycle and may bring several sustainable advantages; they may replace hazardous substances, prolong the life time of façade coatings and they can be advantageously used for air purification, thermal insulation, self-cleaning, and other. Nevertheless, the use of nanomaterials in this economic area can grow dynamically only if the safety of humans and the environment is satisfactorily resolved. 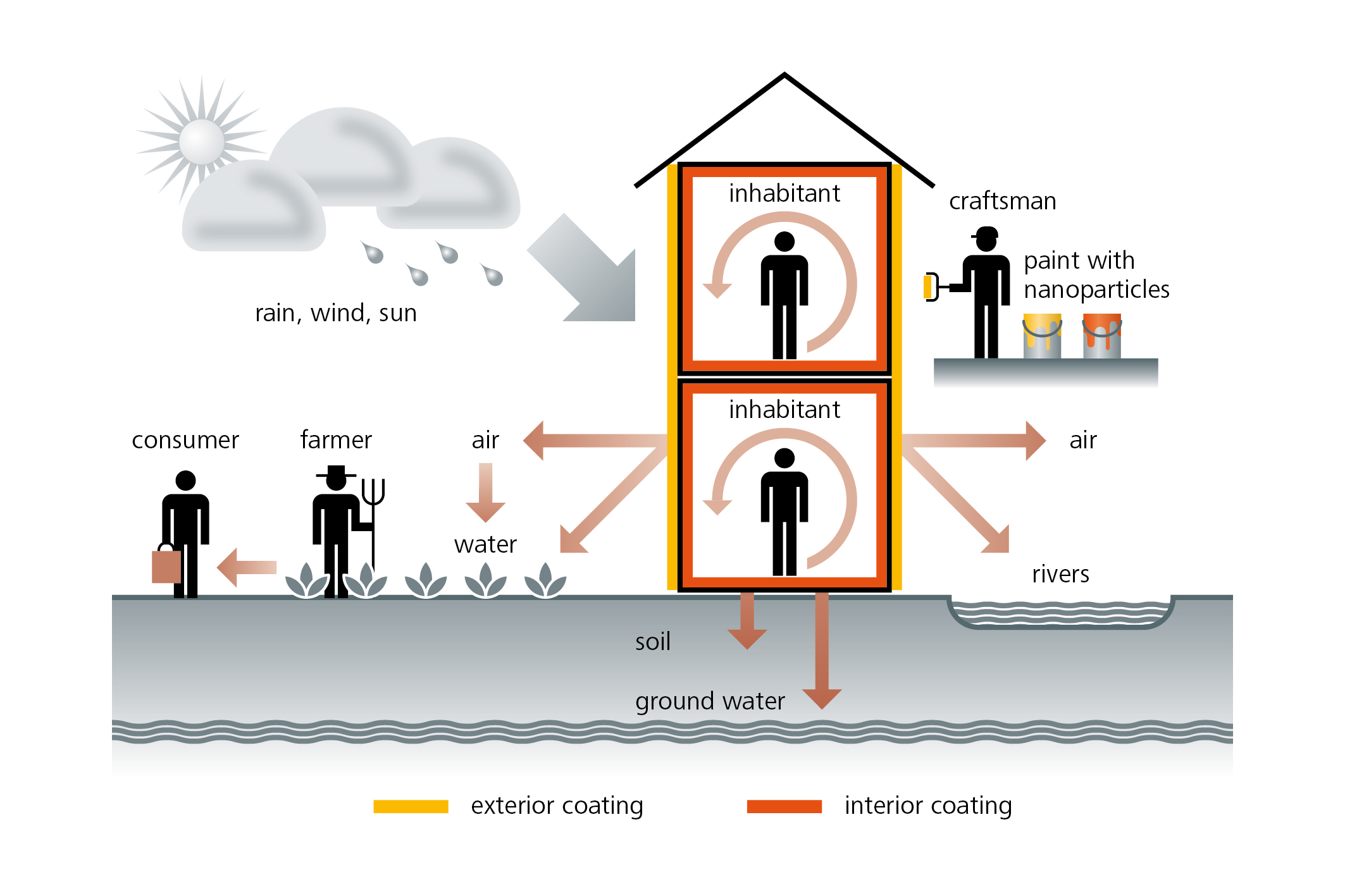 NanoHouse aimed promoting a responsible and sustainable inclusion of nanomaterials in the paint industry through a Life Cycle Thinking (LCT) approach and understand whether the potential benefits of three façade coatings containing different ENPs (nano-TiO2, nano-SiO2, and nano-Ag) can outbalance their potential risks for human health and the environment during the whole product life cycle.

Together with partners from industry and research experiments on the unintended release of ENP from facade coatings were done. An innovative aspect was to investigate the hazard and behaviour of “aged” ENP and compared them to pristine ENP. Additionally a survey on benefits and risks and a respective LCA was performed.

The results from here investigated ENPs and paints cannot be generalized for other types of ENPs and nano-paints and long term effects should be further investigated. Nevertheless, the most important hot spots for releaseidentified were: Airborne inhalation during ENPs’ production, renovation or recycling of construction materials, « nanowaste » from the production of ENP, integration of ENPs in paints and their use, and the disposal of industrial waste and residues from incineration on landfills

To maximise the benefits and minimize the risks of ENP in paints, general recommendations for manufactures were provided:

For more information about the methodology and results from LCT, fate and behaviour of ENPs in the environment and their toxicity, see the following dissemination reports.

Kaiser J.-P., Zuin S and Wick P. Is nanotechnology revolutionizing the paint and lacquer industry? A critical opinion. Science of the Total Environment 2013, 442:282-289.

Publications from other partners of NanoHouse can be found here.

This project has received funding from the Sventh Framework Programme for research, technological development and demonstration. 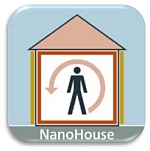