Railway noise is annoying. Trains cause numerous sleepless nights, especially in the vicinity of residential areas. This makes it all the more important to optimize trains and tracks in such a way as to dampen sounds. Empa researchers have devised a computer simulation that demonstrates how railway noise is created in the first place and which technical measures are effective in preventing it. 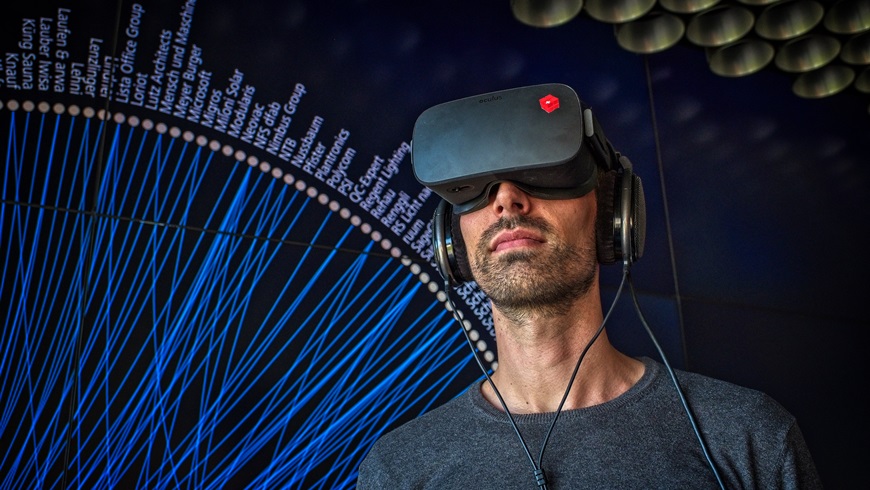 Here you can see what you are about to hear: Empa’s noise simulation also runs on virtual reality glasses. Wearable and in stereo. Image: Empa

The train whooshes closer, the noise level rises, there is an unpleasant booming in the ears as the coaches clatter past. A few seconds later, the ordeal is over; the noise subsides and the coaches vanish in the distance. What at first glance might seem like a normal recording of a passing train is actually much more. Neither the noises you hear through the speakers or headphones nor the images you see are real: It was all created in a computer simulation.

Noise: an ensemble of over one hundred sound sources

“Noise consists of various components,” explains Reto Pieren from Empa’s Acoustics/Noise Control lab, who is in charge of programming the simulation developed by a team of Empa researchers in an EU Horizon2020 project. “The wheels, the tracks, the ventilation, the engine – they all generate sounds and together cause the train’s noise emissions.” In other words: Pieren developed individual algorithms for the more than 100 sound sources of a moving train. This allows Pieren and his colleagues to render the entire train “audible” – or just individual components, say, the rolling wheels.

Besides the diverse sound sources of a moving train, Pieren also factors environmental influences into his calculations. These include noise barriers, the speed, at which the train is traveling, the state of the tracks, the ambient temperature and even ground conditions. The goal of the simulation is not only to reveal optimization potential for existing train compositions, but also to be able to predict how new wheels or new components (or any other measure, for that matter) might affect the perceived noise of a railway line. 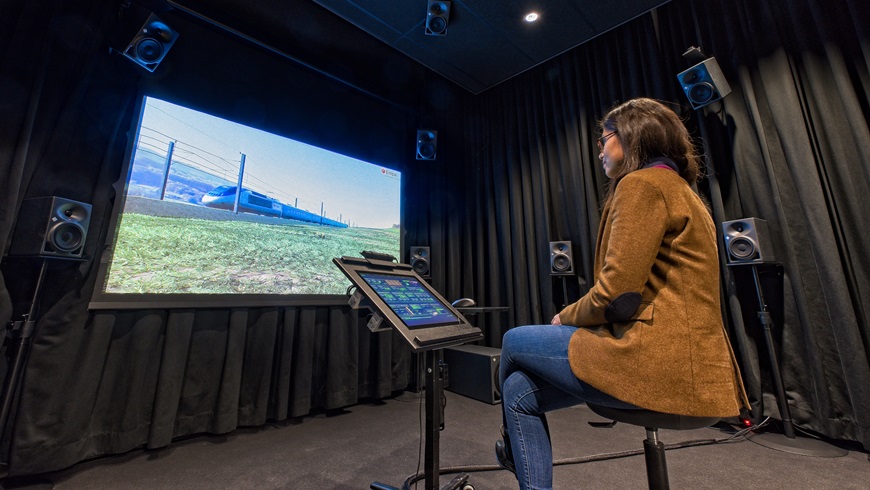 The simulation can be tested on volunteers in a sound-proof room in Empa’s “AuraLab”.

Created on the computer

Empa’s simulation is unique as previous programs use real audio recordings. Pieren, however, generated the individual sounds on the computer. The acoustic signal is calculated for every train component, taking into account the physical parameters – properties such as the surface condition and the materials the tracks and the individual wheels are made of. Pieren obtains these parameters from his own measurements, from measurements from vehicle manufacturers and from computer calculations, and then feeds them back into the simulation. The algorithm uses this data to calculate the emitted sound pressure level, which in turn is used to simulate the sound at any given listening point.

But it gets even more complicated: For the rolling sound, for instance, the brake system of the carriages is factored in. “Hidden behind it are datasets that describe the surface microstructure of the wheels. An individual surface structure is calculated for each wheel,” explains Pieren. This surface structure is instrumental in the friction between tracks and wheels and thus the development of sound and noise. The fewer irregularities on the surface of the wheels and the tracks, the quieter the traveling sound.

The sound makes the difference

A passing train creates noise; that much is obvious. How a resident perceives this noise, however, depends largely on the local environment and the propagation of the sound. Sound undergoes diverse changes during propagation. It is absorbed by air, which causes higher frequencies to be dampened more than low ones. It is a similar story with noise barriers: While high frequencies are actually not as loud behind the barrier, low sounds are bent over the wall. All these factors can be reconstructed in the simulation, along with the specific location of the listener.

Pieren verified the artificially generated noise using volunteers in an audio experiment. Fortunately, the volunteers rated the simulations and the artificial sounds as highly plausible. Therefore, the simulation can be used to “auralize”, i.e. render audible, the effects of various measures. For instance, Pieren runs the simulation, then places a noise barrier and makes another train pass. “If we say a specific measure reduces the noise level by three decibels, hardly anyone can imagine what that actually means. If I render these three decibels audible by direct comparison, however, the effect immediately becomes clear.”

The simulation does not just work in the lab or with a virtual reality set; Videos on YouTube also display the comparison and highlight what the simulation is capable of. In future, it should support the decision making process regarding the construction and expansion of railway lines and train compositions. In the long run, railway operators, planners and above all residents stand to benefit.
1 / 4
What the listener hears is actually a combination of numerous individual sounds. Image: Empa
2 / 4
3 / 4
4 / 4
❮ ❯
Further information

Is it annoying? You can compare Empa train noise simulations with different trains and noise abatement measures on YouTube. 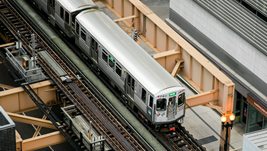