In more than three years of work european scientists finally made future lighting technology ready to market. They developed flexible lighting foils that can be produced roll-to-roll – much like newspapers are printed. These devices pave the path towards cheaper solar cells and LED lighting panels. The project named TREASORES was led by Empa scientist Frank Nüesch and combined knowhow from nine companies and six research institutes in five european countries. 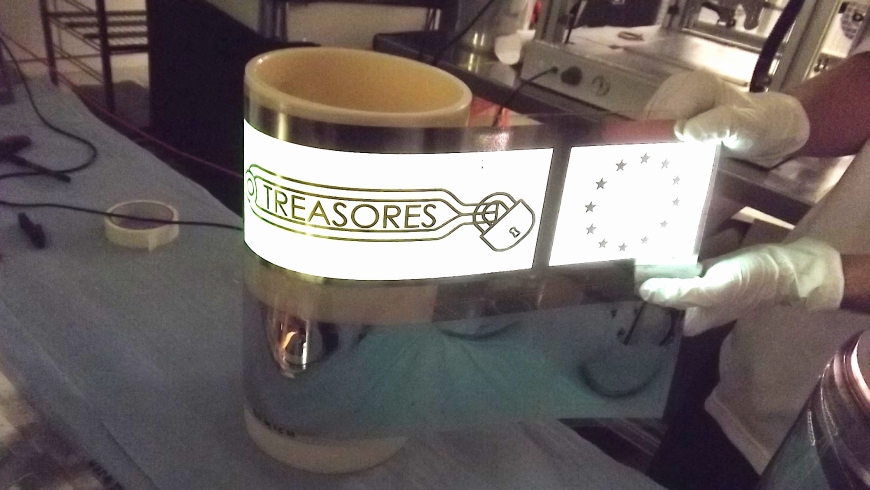 In November 2012, the TREASORES project (Transparent Electrodes for Large Area Large Scale Production of Organic Optoelectronic Devices) started with the aim of developing technologies to dramatically reduce the production costs of organic electronic devices such as solar cells and LED lighting panels. Funded with 9 million Euro from the European Commission and an additional 6 million Euros from the project partners, the project has since then produced seven patent applications, a dozen peer-reviewed publications and provided inputs to international standards organisations.

Most importantly, the project has developed and scaled up production processes for several new transparent electrode and barrier materials for use in the next generation of flexible optoelectronics. Three of these electrodes-on-flexible substrates that use either carbon nanotubes, metal fibres or thin silver are either already being produced commercially, or expected to be so as of this year. The new electrodes have been tested with several types of optoelectronic devices using rolls of over 100 meters in length, and found to be especially suitable for next-generation light sources and solar cells. The roll of OLED light sources with the project logo was made using roll-to-roll techniques at Fraunhofer Institute for Organic Electronics, Electron Beam and Plasma Technology (Fraunhofer FEP) on a thin silver electrode developed within the project by Rowo Coating GmbH. 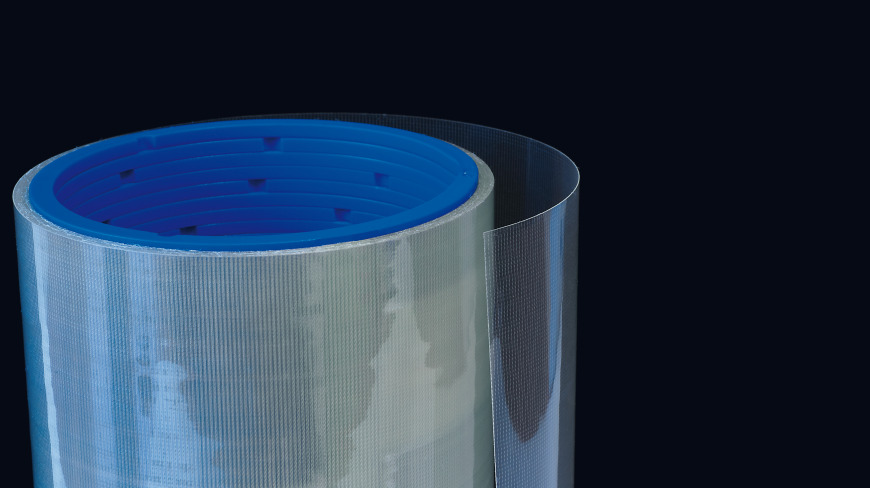 Flexible fabric electrodes were produced in a roll-to-roll process by incorporated woven metallic wires. This results in a transparent and flexible electrode with very low electrical resistivity and high total optical transmission throughout the visible and near infrared spectrum. (Image: Sefar AG)

Such processing techniques promise to make light sources and solar cells much cheaper in future, but require flexible and transparent electrodes and water impermeable barriers – which have also been developed by the TREASORES project. The electrodes from the project are technically at least as good as those currently used (made from indium tin oxide, ITO) but will be cheaper to manufacture and do not rely on the import of indium. Tomasz Wanski from the Fraunhofer FEP said that because of the new electrodes, the OLED light source was very homogeneous over a large area, achieving an efficiency of 25 lumens per watt - as good as the much slower sheet to sheet production process for equivalent devices. In the course of the project, new test methods were developed by the National Physical Laboratory in the UK to make sure that the electrodes would still work after being repeatedly bent – a test that may become a standard in the field. 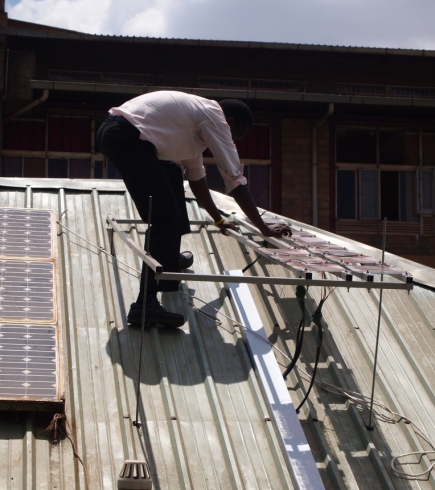 Solar cells from the TREASORES project being mounted in 2013 for long-term testing in the extreme conditions of Uganda. (Image: Eight19 Ltd)

A further outcome of the project has been the development, testing and production scale-up of new approaches to transparent barrier foils (plastic layers that prevent oxygen and water vapour from reaching the sensitive organic electronic devices). High performance low-cost barriers were produced and it is expected that the Swiss company Amcor Flexibles Kreuzlingen will adopt this technology after further development. Such high performance barriers are essential to achieve the long device lifetimes that are necessary for commercial success – as confirmed by a life cycle analysis (LCA) completed during the project, solar cells are only economically or ecologically worthwhile if both their efficiency and lifetime are high enough. By combining the production of barriers with electrodes (instead of using two separate plastic substrates), the project has shown that production costs can be further reduced and devices made thinner and more flexible.

The main challenge the project had to face was to make the barrier and electrode foils extremely flat, smooth and clean. Optoelectronic devices have active layers of only a few hundred nanometres (less than one percent of the width of a human hair), and even small surface irregularities or invisibly tiny dust particles can ruin the device yield or lead to uneven illumination and short lifetimes.

The TREASORES project united nine companies with six research institutes from five countries and was led by Frank Nüesch from the Swiss Federal Laboratories for Materials Science and Technology (Empa). ”I am very much looking forward to seeing the first commercial products made using materials from the project in 2016”, says Nüesch.
Michael Niggemann, Chief Technology Officer for Eight19 Ltd in the United Kingdom said:  ”The TREASORES project was a success for Eight19 as it made a significant contribution to the reduction in manufacturing cost of Eight19’s plastic solar cells. This was achieved through the customized development and up-scaling of low cost barriers and electrodes in the project consortium. It is an essential step towards the commercialization of Eight19’s organic photovoltaic based on technology developed and produced in Europe.”

The research leading to these results has received funding from the European Union Seventh Framework Programme (FP7/2007-2013) under grant agreement 314068.

Service for the media