Joint research of Empa and PSI

Researchers at the Paul Scherrer Institute PSI and the partner institute Empa have started a joint initiative called SynFuels. The goal is to develop a process for producing kerosene from renewable resources. In this way liquid fuel mixtures of the highest quality, which would allow the most residue-free combustion possible and thus be suitable for aircraft propulsion, should be obtainable using carbon dioxide and hydrogen from renewable resources. 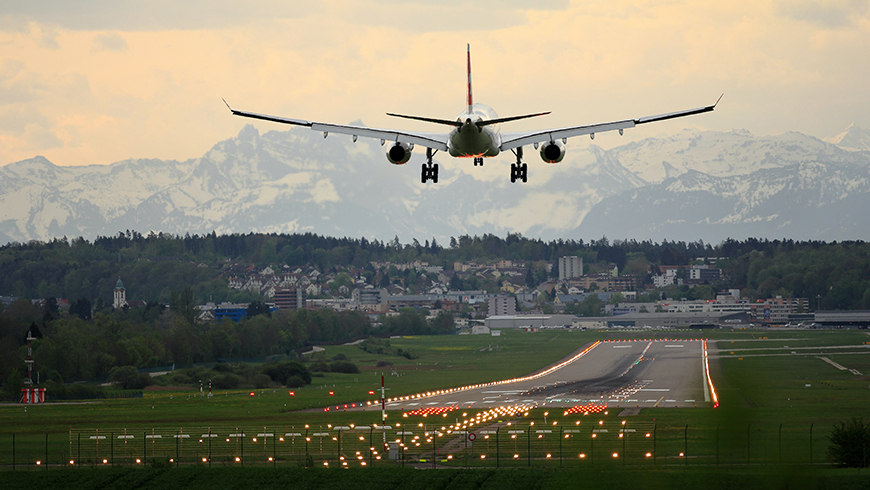 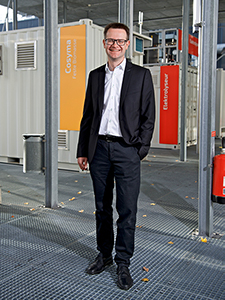 Mobility without fossil fuels – in aviation too: SynFuels, the new joint initiative of Empa and PSI, aims to make an important contribution towards this goal. Over the next three years, the two Swiss research institutes will jointly search for practical ways of linking carbon dioxide and hydrogen to form longer-chain molecules and thus produce synthetic fuels. An ambitious but worthwhile target is to make these fuels suitable even for an aircraft engine, explains Thomas J. Schmidt, head of the Energy and Environment Division at PSI: "Aviation fuels are the fuels with the highest quality. If we can manage to produce them from renewable resources, then we will also be able to synthesise all other kinds of fuel."

For the foreseeable future, there's no way around kerosene in aviation – be it fossil-based or synthetically produced. Kerosene is a mixture of hydrocarbons with very precisely specified chemical and physical properties that must be strictly maintained to ensure the economy and safety of flight operations. A synthetic fuel must of course have the same properties. "A synthesis process that produces such fuels from renewable resources is thus highly sought after," says Brigitte Buchmann, head of the Mobility, Energy, and Environment Department at Empa. The Board of the Swiss Federal Institutes of Technology (ETH) is funding the SynFuels programme with 6.2 million Swiss francs over the next three years.

The liquid fuel is not synthesized in a single step, but via one or more intermediates such as methane, carbon monoxide, methanol, ethylene, or dimethyl ether. During the course of the SynFuels initiative, the researchers want to determine the advantages these different production methods offer as well as the challenges they pose. A special focus is being placed on achieving better selectivity in the synthesis of both intermediates and products. Analyses to determine the synthesised fuel's ecological footprint, its potential contribution to greenhouse gas reduction in Switzerland, and the economic viability of the manufacturing process are also important parts of the project. 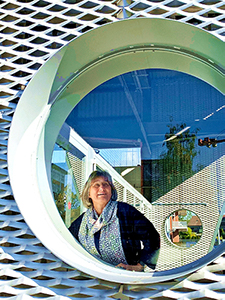 Brigitte Buchmann at the "move" at Empa. Photo: Empa

"Empa and PSI complement each other wonderfully in working towards these ambitious goals," says Thomas J. Schmidt. PSI is mainly building on its experience with the test platform ESI, short for Energy System Integration. ESI tests renewable energy alternatives in their complex interaction. "The production of liquid fuels is a natural extension of something we have been investigating at PSI for a long time: the synthesis of renewable methane," Schmidt explains. Methane gas is the simplest hydrocarbon that can be produced from carbon dioxide and hydrogen.

Empa, too, has been engaged with using renewable energy to produce fuels for some time. Switzerland's first hydrogen filling station was created as part of its mobility demonstrator, called move. In addition, the plant is currently being expanded to include a new methanation process. "The collaboration of our two institutions allows us to put more emphasis on liquid hydrocarbons," says Brigitte Buchmann. "These are essential for mobility without fossil fuels – especially in the air or on the water."

Catalysts – substances that activate a chemical reaction, or make it possible in the first place, without being consumed in the process – are the key to the success of the project. At Empa as well as at PSI, researchers are investigating various catalysts and processes that enable the stepwise conversion of carbon dioxide and hydrogen into liquid hydrocarbons on the molecular level. The catalysts are being used in chemical as well as electrochemical processes.

The Swiss Light Source SLS will be an important aid in the SynFuels programme, Thomas J. Schmidt explains. "With measurements at SLS, we will precisely characterise the catalysts and the reactions carried out to understand which can deliver the best results." With this large research facility, the collaborators can gain insights into the reaction mechanisms and investigate, for example, how the catalysts change during their operation and how these changes affect the range of products.

ESI platform of the PSI: https://www.psi.ch/en/media/our-research/structure-of-the-esi-platform
Mobility demonstrator «move» of the Empa: https://move.empa.ch