…as black as ebony

Like many tropical wood types, ebony is an endangered species that is tricky to use, such in in-strument manufacturing. Despite strict trade regulations, ebony stocks are plummeting. A substitute is urgently needed. And this is where the Empa spin-off Swiss Wood Solutions comes in. Its product, “Swiss Ebony”, consists of modified Swiss maple, which boasts the same properties as ebony – a sustainable and entirely legal solution. 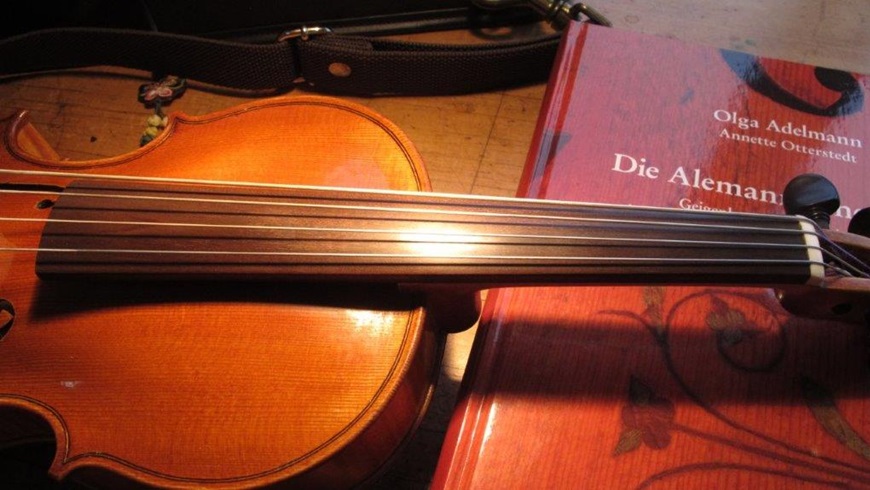 A violin with a fingerboard made of Swiss Ebony.Photo: Wilhelm Geigenbau AG, Suhr.

A  young violinist touches down in Berlin, his fine, expensive instrument in his luggage and eager to get on stage the next evening. He is stopped at customs. An hour later, he leaves the airport – short of his violin, which has been confiscated. Like many violins, the young musician’s instrument has a tailpiece and fingerboard made of ebony, a tropical wood that is on the CITES (Convention on International Trade in Endangered Species of Wild Fauna and Flora) list of protected wood species. Hence, ebony may only be imported if the legal provenance of the material can be proven to customs authorities. Besides the raw material, some of the 183 CITES countries also regulate finished products, such as musical instruments. As a result, many musicians are reluctant to travel with their instruments as getting them through customs is too risky. Numerous instruments have already been impounded. However, travelling isn’t the only problem. Anyone who deals in these instruments may be liable for prosecution if they are unable to prove the legal provenance of the material. Even offering such products on an internet platform may end up being reported.

Back to our budding violinist: he would like to continue the tour with his fine instrument. And naturally he doesn’t want to have any trouble with customs authorities. Moreover, he wants to be sure that he can sell his valuable instrument legally if need be. But he doesn’thave a certificate stating the provenance of the wood his violin is made of. His violin manufacturer tells him that only ebony will do: the tropical wood’s hardness, good workability and excellent sound properties make it just the ticket for violin-making. Besides, its elegant dark color is a real eye-catcher. Beech or Swiss maple aren’t a patch on it. Or are they? Researchers from Empa’s Laboratory for Applied Wood Materials and the Chair of Wood Materials Science at ETH Zurich co-founded the start-up Swiss Wood Solutions and discovered a way to modify Swiss wood species so they exhibit the properties of endangered tropical wood species such as ebony or grenadilla. (The latter is primarily used to make clarinets and oboes.) Swiss maple from sustainable forestry is cut and soaked in an aqueous solution. The timber is then dried and compressed using a hot-press, which enables the wood properties that are so important to instrument manufacturers to be tailored. To make a clarinet, for instance, you need a lower wood density than for violin finger boards. The requirements for color and sound conduction speed also differ, as Oliver Kläusler, CEO of Swiss Wood Solutions, explains: “Our technique enables us to determine these parameters ourselves, which means a violin maker can fine-tune the instrument very precisely.”

Even better than the original 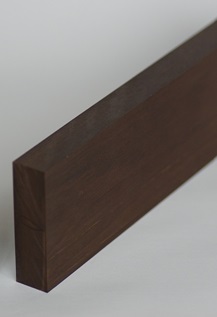 The new material: a Swiss Ebony two-by-four made of Swiss maple. Image: Empa

The spin-off is not the first company to specialize in tropical wood alternatives. There are already similar materials, such as wood and synthetic composites or carbon materials. Therefore, in the spring of 2017, Kläusler conducted sound tests with professional musicians and music students to compare these materials directly. The encouraging result: Swiss Ebony came in joint first with real ebony. The violin manufacturer Boris Haug from Suhr used the material to make tailpieces for professional instruments, which were then played for weeks on end. “One musician was reluctant to give our cello prototype back and proposed leaving us her top-notch ebony tailpiece instead,” says Kläusler. Her explanation: her cello sounded “sexier” than ever with Swiss Ebony. The ebony substitute can already match its natural role model in terms of price, too. However, Kläusler and his team are looking to slash production costs even further. They also set great store by making the entire production process environmentally friendly and sustainable. Swiss Wood Solutions is currently on the lookout for investors to launch the product on the market. The development conducted thus far was funded by two grants from the Gebert Rüf Foundation. Moreover, the spin-off has been receiving coaching from various business angles, including experts from the Commission for Technology and Innovation (CTI), Empa’s business incubator glaTec and Venture Kick.

In future, Swiss Ebony might even be used for other lifestyle products, such as watch components, pool cues and knife handles. As talks with potential customers revealed, these markets face very similar challenges to the musical instrument sector. The spin-off is also working on a new method to dye its wooden products, which should open up additional potential applications for the material. “But that’s still a pipe dream,” says Kläusler. “The immediate goal is to equip musicians with top-quality instruments. Sustainably and ecologically.” And orchestras might well be able to head off on world tours again without second thoughts. And with a clear conscience, too.
Further information
Dr. Oliver Kläusler
Applied Wood Materials
Phone +41 58 765 45 53