Closer to the patient

The first national competence center for translational medicine and entrepreneurship has opened in Bern. As a hub for research and innovation, "sitem-insel" is home to several start-ups, companies and scientists. These include an Empa research team whose projects aim to bring medical innovations from the laboratory directly to patients more quickly. 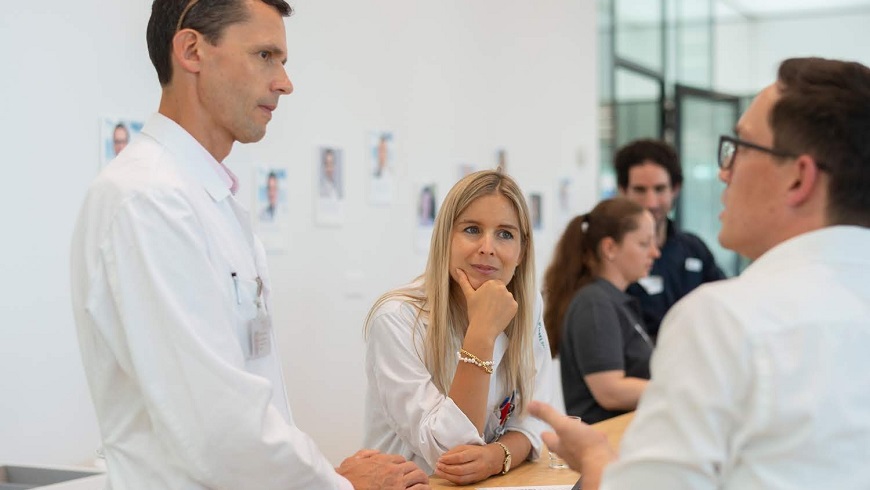 "sitem-insel" is a high-tech building. Walls made of glass and open meeting zones promote togetherness and the exchange of all partners who have rented a space there since the opening at the end of August. As a unique competence center" sitem-insel" supports the transition from research results or prototypes in the medical field to marketable products. The University Hospital of Bern in the immediate vicinity plays a key role in this and offers optimum conditions for an Empa research team to advance its projects as closely as possible to patients and using the latest technologies. "sitem-insel is for us a unique platform with a unique exchange function," says Alex Dommann, head of Empa's Materials meet Life department. Researchers receive samples directly from the hospital, can prepare them in the modern laboratories of "sitem-insel" and then forward them to the Empa sites in St. Gallen, Dübendorf and Thun. And where a path leads to, there is also a path back. Sooner or later, research at Empa will find its way back to the patient's bed. 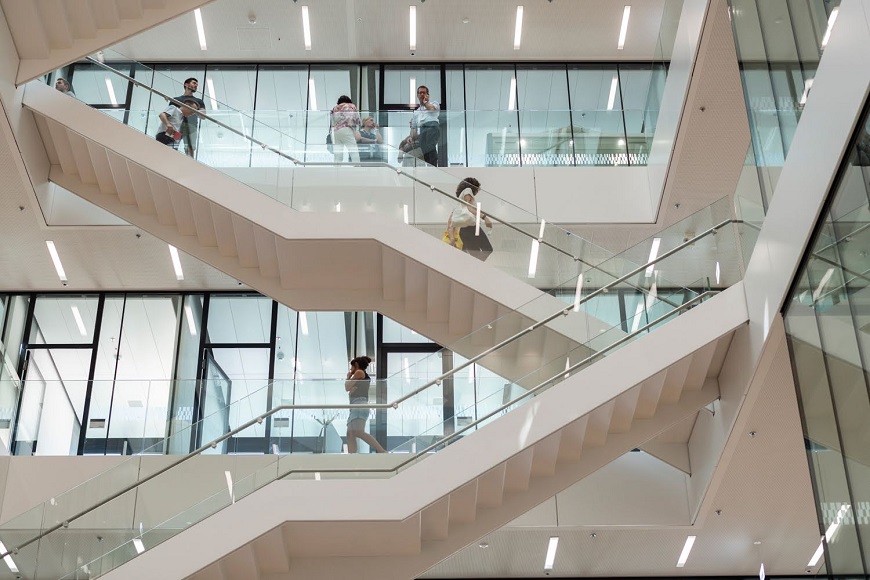 The modern building of the "sitem-insel" captivates with open rooms and lots of glass. It was opened on 30 August 2019. Picture: sitem-insel

Meanwhile, Empa researchers are planning several projects on "sitem-insel" - all in collaboration with the University of Bern or the Inselspital itself. Antonia Neels from the Center for X-Ray Analytics analyses defects in distant cochlear implants. Giuseppino Fortunato from the lab "Biomimetic Membranes and Textiles" is working with the Inselspital on an improved hernia network with antibacterial effects. In collaboration with the University of Bern, Jakob Schwiedrzik and Johann Michler from the lab "Mechanics of Materials and Nanostructures" are developing improved clinical predictions for fracture risks. Hans Hug from the lab "Magnetic and Functional Thin Films" is also working on cochlear implants, but not on the implant itself; he is rather researching ways of optimising the drill needed to insert the implant. All these projects benefit enormously from the immediate proximity of the Inselspital, and the premises of the new and modern building provide space for the necessary exchange.
Further information