The head of Empa's Electron Microscopy Center is thus honored for his many years of successful teaching at ETH Zurich. His research at Empa in the field of transmission electron microscopy is internationally recognized. 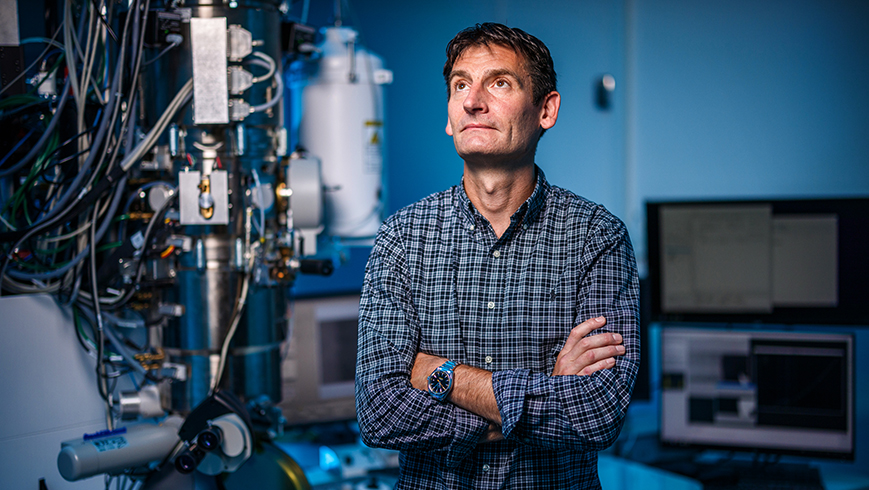 With numerous scientific publications, Rolf Erni is a renowned researcher in the fields of both transmission electron microscopy (TEM) and materials science. In its statement, the ETH Board also recognizes him as a pioneer and leading expert in the field of aberration-corrected scanning transmission electron microscopy (STEM), for which he also authored a reference textbook.

Erni has headed Empa's Electron Microscopy Center since 2009 and has since developed it with his team into an internationally recognized center of excellence. Starting with 2.5 full-time positions, there are now around ten. Erni's research focuses, for example, on the formation and growth of crystals within the Cluster project. The Empa team is also working on complex oxides, which play an important role in technologies such as new types of electronic components and storage media.

At ETH Zurich, the researcher, who already completed his studies in materials science there, has been teaching and lecturing on various areas of electron microscopy since 2013. He is also a member of numerous expert committees. Empa recently honored him as "Distinguished Senior Researcher" for his successful work.

You can find out more about Rolf Erni's research, his scientific curiosity and his motivation in this portrait in the current issue of Empa Quarterly.

Portrait of Rolf Erni in the magazine "Empa Quarterly"