Researchers from the Max Born Institute in Berlin, Empa and the US National Institute of Standards and Technology (NIST) have, for the first time, been able to observe minute, ultrafast atomic oscillations in a crystal lattice with the help of a new experimental technique. These oscillations, which are triggered by light pulses, are based on a physical effect – Raman scattering –  which was postulated about 100 years ago. 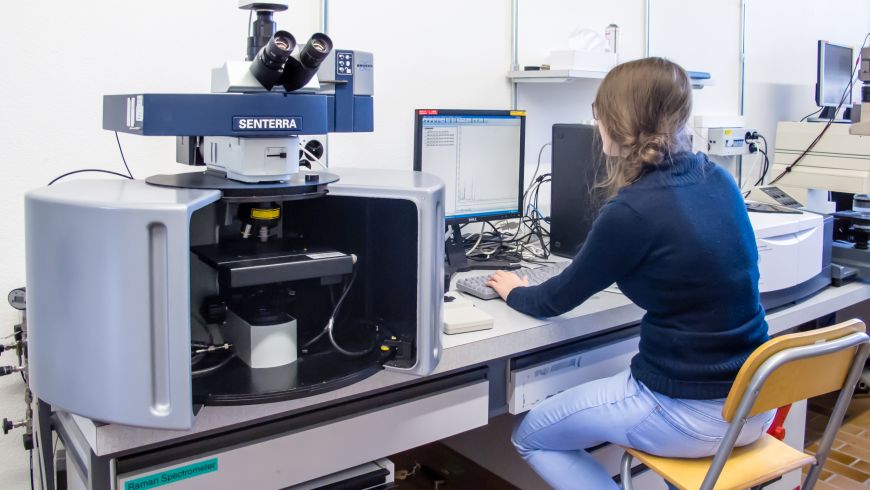 The Austrian theoretical physicist Adolf Smekal postulated a physical effect in 1923 which predicted that, following the scattering of light from atoms, molecules or crystals,  energy  would be transferred between the light quanta – photons – and the atoms or molecules being targeted, thereby causing a change in the frequency (and therefore the energy) of the light scattered by the collision. While considering the ramifications of this effect, Smekal assumed that would never be possible to observe this sub-microscopic process as it would take place in just a few femtoseconds (10-15 s).

Nevertheless, just a few years later in 1928, the Indian physicist (and later Nobel laureate) Chandrasekhar Raman was able to demonstrate the frequency shift efect for the first time experimentally. Raman scattering, as the process is known today, forms the basis of one of the most important physicochemical methods for investigating material properties. It is frequently used at Empa, for purposes such as studying the structure of molecules and solid matter, for the characterisation of thin-films, and for the detection and quantification of chemical substances in gases and liquids. However, it has taken almost 100 years to observe in real-time the atomic processes on which the Raman effect is based, requiring the help of the latest laser technology to do so.

A laser pulse is used to trigger extremely small oscillations in lithium ions within the lattice of a lithium boron hydride (LiBH4) crystal. The lithium ions vibrate back and forth over a distance of a mere three femtometers (3 x 10-15 m), which is about the same as the diameter of a lithium nucleus and around a hundred thousand times smaller than the distance between the ions in the LiBH4 crystal lattice. Furthermore, these oscillations die away extremely quickly – within a few femtoseconds (10-15 s), to be more exact. In order to observe such minute and extremely short-lived movement, scientists at the Max Born Institute in Berlin, Empa and the National Institute of Standards and Technology (NIST) in the US have used a novel experimental technique, combining ultrashort x-ray pulses with an x-ray absorption spectrometer. The results of this collaborative project are particularly valuable for Empa because the institute is currently in the process of establishing a laboratory for x-ray absorption spectroscopy.

For further information please see the media release by the Max Born Institute.