A "magic tent" for mountaineers

In collaboration with the start-up "Polarmond", scientists at Empa developed an «all-in-one» shelter system. Inside the shelter conditions remain comfortable whatever the weather outdoors, thanks to a sophisticated dehumidifying system and a fine-tuned temperature control mechanism. 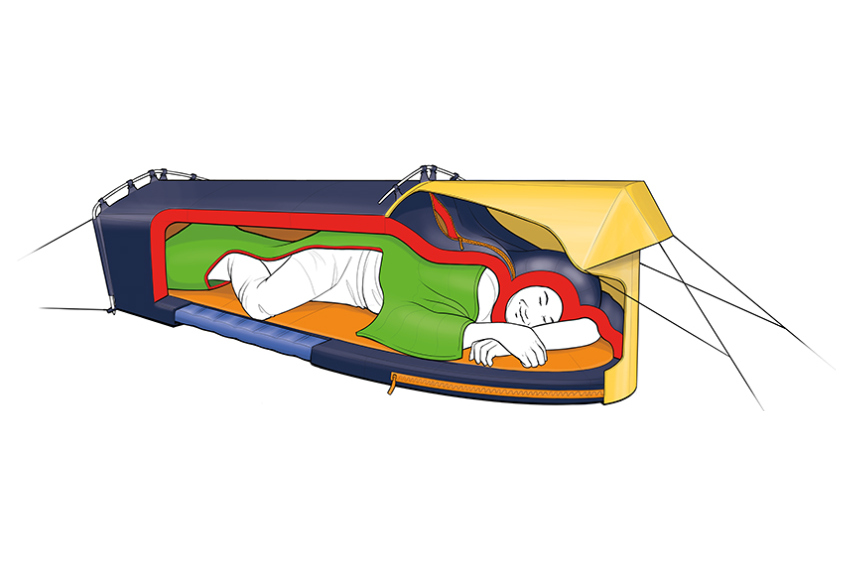 At the Swiss Textiles Association’s Innovation Day, the new start-up firm Polarmond presented its patented «all-in-one» sleeping system. This combines the functions of a sleeping bag, sleeping mat and bivouac in one product. What is particularly special about it is that the spacious inner room allows the user to sleep comfortably – as if in their own bed – at temperatures down to -30°C, and yet it is heated by nothing more than the occupant’s body heat. Empa researchers Martin Camenzind and Matthew Morrissey assisted Polarmond in the search for suitable materials, and helped in finding a solution to the problems of thermal insulation and dealing with moisture.

The great challenge in terms of thermal insulation was the size of the space to be insulated. Despite the spacious inner room, the weight of the total system has to be kept as low as possible to make the product attractive for trekkers and mountaineers. "An inner room of this size is not the easiest option for a product that must be as light as possible", explains Camenzind. "It would be more efficient to have the insulation layer in direct contact with the body." Because of several requirements, like this one, which were contradictory, Morrissey and Camenzind initially decided to name the sleeping system "magic tent".

A sandwich construction for better insulation

The Empa researchers combined approaches, materials and techniques from very varied fields in an innovative way. "If you want to find new solutions, you have to think outside the box and look beyond the standard methods," says Camenzind. And so the two scientists developed a so-called sandwich construction for the insulation, consisting of a fluffy synthetic filling with reflective layers, as is also used in spacesuits. Step by step, the "magic tent" became a real tent. 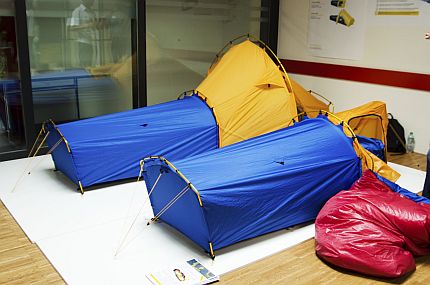 The difficulty in dealing with humidity is that it must be removed from the body whilst simultaneously keeping the insulation layer dry. A special kind of liner, a sort of cover, partially solves this problem. The side facing the body is covered in a permeable layer which allows water vapor to pass through it. However, the liner is sealed from the upper side into the inner room, so humidity from the user’s body is trapped in the liner and can, next morning quite simply be shaken out of it in the form of water drops or ice crystals.

Because, however, the liner is not enclosed (as in a sleeping bag), but "only" a cover, an exchange of air – and therefore also humidity – in the inner room is unavoidable. In order that the insulation layer remains dry despite this, it is given a coating which is non-permeable to water vapour on the side facing into the sleeping room. The residual humidity is taken up by the warmed air in the sleeping cell and escapes via a zippered opening. This allows a practically constant temperature to be maintained in the sleeping cell even if the outdoor temperature varies, and therefore eliminates the problem caused by the user perspiring.

Not least thanks to Empa’s contribution, Polarmond won the Gold Industry Award at the leading European trade show «Outdoor 2015». This is considered to be one of the most prestigious international awards that a company involved in the outdoor field can be given, and is awarded every year at the «Outdoor» fair in Friedrichshafen, Germany. In the jury’s words of praise, «The entire research experience of the last 20 years has gone into the development of Polarmond’s "All-in-one- Sleeping System," adding that the modularly constructed system was innovative and extremely functional. It takes into account all the factors involved in sleeping outdoors under all conditions, and mutually optimizes them.

The next step is for Polarmond to close contracts with the material suppliers they have been evaluating. In addition, some details must still be optimized, according to the company’s CEO, Walter Krummenacher. "We are already very satisfied with our product, but not quite finished yet." If all goes as planned the "All-in-one-Sleeping System" will appear on the market in March 2016. 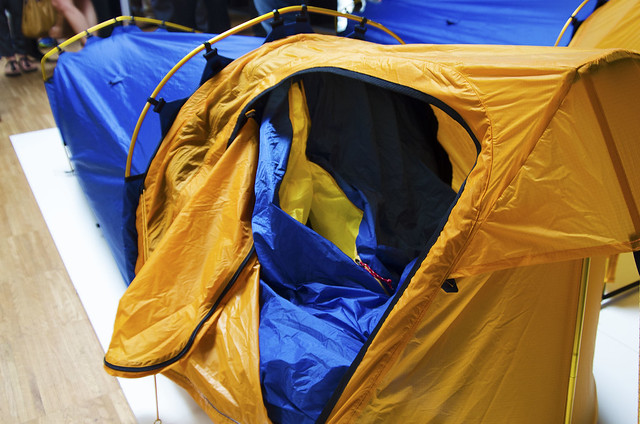 A night beneath the stars 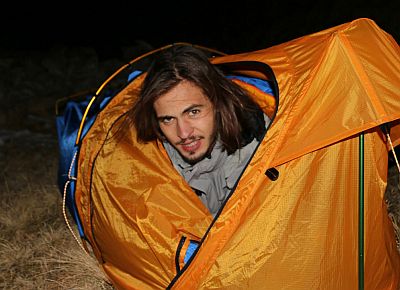 EmpaQuarterly reporter Lorenz Huber decided to find out whether the innovative sleeping system indeed delivers what it promises. So he packed his rucksack – and spent a night on the Furka pass. You can read more about his experiences here.