How nanoparticles flow through the environment

Carbon nanotubes remain attached to materials for years while titanium dioxide and nanozinc are rapidly washed out of cosmetics and accumulate in the ground. Within the National Research Program “Opportunities and Risks of Nanomaterials” (NRP 64) a team led by Empa scientist Bernd Nowack has developed a new model to track the flow of the most important nanomaterials in the environment. 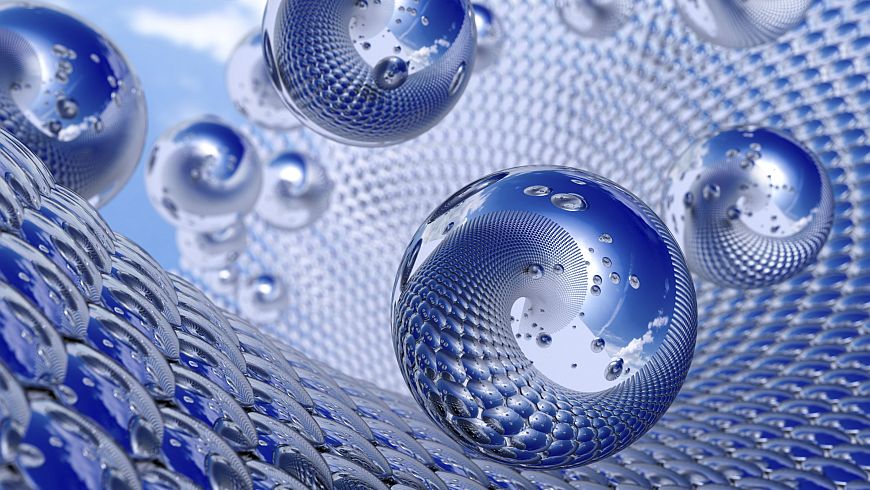 How many man-made nanoparticles make their way into the air, earth or water? In order to assess these amounts, a group of researchers led by Bernd Nowack from Empa, the Swiss Federal Laboratories for Materials Science and Technology, has developed a computer model as part of the National Research Program “Opportunities and Risks of Nanomaterials” (NRP 64). “Our estimates offer the best available data at present about the environmental accumulation of nanosilver, nanozinc, nano-tinanium dioxide and carbon nanotubes”, says Nowack.

In contrast to the static calculations hitherto in use, their new, dynamic model does not just take into account the significant growth in the production and use of nanomaterials, but also makes provision for the fact that different nanomaterials are used in different applications. For example, nanozinc and nano-titanium dioxide are found primarily in cosmetics. Roughly half of these nanoparticles find their way into our waste water within the space of a year, and from there they enter into sewage sludge. Carbon nanotubes, however, are integrated into composite materials and are bound in products such as which are immobilized and are thus found for example in tennis racquets and bicycle frames. It can take over ten years before they are released, when these products end up in waste incineration or are recycled.

The researchers involved in this study come from Empa, ETH Zurich and the University of Zurich. They use an estimated annual production of nano-titanium dioxide across Europe of 39,000 metric tons – considerably more than the total for all other nanomaterials. Their model calculates how much of this enters the atmosphere, surface waters, sediments and the earth, and accumulates there. In the EU, the use of sewage sludge as fertilizer (a practice forbidden in Switzerland) means that nano-titanium dioxide today reaches an average concentration of 61 micrograms per kilo in affected soils.

Knowing the degree of accumulation in the environment is only the first step in the risk assessment of nanomaterials, however. Now this data has to be compared with results of eco-toxicological tests and the statutory thresholds, says Nowack. A risk assessment has not been carried out with his new model so far. Earlier work with data from a static model showed, however, that the concentrations determined for all four nanomaterials investigated are not expected to have any impact on the environment.

But in the case of nanozinc at least, its concentration in the environment is approaching the critical level. This is why this particular nanomaterial has to be given priority in future eco-toxicological studies – even though nanozinc is produced in smaller quantities than nano-titanium dioxide. Furthermore, eco-toxicological tests have until now been carried out primarily with freshwater organisms. The researchers conclude that additional investigations using soil-dwelling organisms are a priority.

This video discusses the main aspects and research areas of the NRP 64 and gives an overview of the results. From 2010 to 2015, the National Research Programme NRP 64 of the Swiss National Science Foundation examined the «Opportunities and Risks of Nanomaterials» in 23 research projects. Source: http://www.nfp64.ch/de/news-medien/multimedia

Balancing Opportunities and Risks of Nanomaterials

The video shows opportunities arising from the use of nanoparticles in the development of new therapies, but also points out potential risks and hurdles that still need to be evaluated. Source: http://www.nfp64.ch/de/news-medien/multimedia

Opportunities and Risks of Nanomaterials (NRP 64)

The Swiss National Science Foundation was commissioned by the Swiss Government to run the National Research Program “Opportunities and Risks of Nanomaterials” (NRP 64). Its goal is to bridge the gaps in our current knowledge of nanomaterials with regard to their manufacture, use and disposal. The final recommendations of NFP 64 will be published in summary reports in 2017. For more information please go to www.nfp64.ch