Anyone who lives in an old building with wooden floors knows the problem: Even if the neighbors from above glide across the floor with graceful elegance, it sounds as if you were living under a bowling alley. Impact sound is a challenge even for the most modern wooden buildings. Scientists at Empa are now tinkering with a solution. 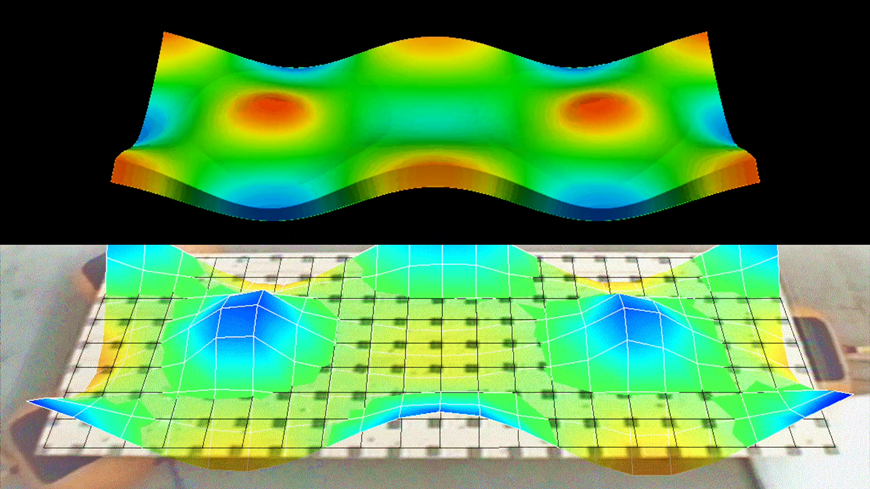 Research is currently being completed at Empa on a world-first in the sound insulation of wooden buildings. Using a physical theory from the 1990s and the tools of digitization, a research team has developed new floor elements made of solid wood panels that have so-called acoustic black holes. The brilliant idea came from Stefan Schoenwald, head of Empa's Building Acoustics laboratory in Dübendorf. He has encountered the theory of acoustic black holes several times at conferences and in scientific publications since it was first published in 1987. According to the Russian scientist M.A. Mironov from the Andreyev Acoustics Institute in Moscow, a parabolic recess in a material can absorb vibrations like sound and allow them to resonate – in other words, swallow them. Acoustic black holes have already been used in cars and airplanes, where their sound-reducing effect has indeed been confirmed.

However, manufacturing them with very thin, hard materials is not easy. Neither in wood construction nor in building acoustics have experiments with Mironov's recesses ever taken place. This is now being changed by lab manager Stefan Schoenwald together with his colleague Sven Vallely. The two researchers want to use novel cross-laminated timber panel elements to improve impact sound insulation in timber construction.

Just as there are sound waves in the air, there are sound waves in materials, so-called structure-borne sound waves. "When you hit a floor, it's like throwing a stone into a pond: Sound waves propagate in all directions in the material," Schoenwald explains. When a lenticular depression is milled out of the material according to a specific mathematical function, the sound waves travel into this area. In the process, the amplitudes keep amplifying, while the wavelengths of the oscillations decrease. "If you could make the plates infinitely thin in the area of these depressions, then the sound waves would actually run dead by themselves in these 'black holes,' so nothing would come out of the lens," Schoenwald said. However, it was questionable whether the sound-reducing effect would also occur with a limited depth of the recess – because "infinitely thin material thicknesses," as mathematical theory would demand, are not feasible in practice.

The idea to experiment with acoustic black holes in wooden structures came to Stefan Schoenwald while he was working. He asked his colleague Vallely to simulate and calculate the sound-reducing effect on the computer. To get static concerns out of the way, Andrea Frangi, a timber construction expert at ETH Zurich, was asked for his assessment. Not only was his feedback promising, but so was the computer modeling of sound reduction. So Schoenwald commissioned a prototype and a normal control panel made of the same material from the wood construction company Strüby AG in Seewen. Using a CNC machine, wood construction specialist Alex Bellmont there milled the lenticular hollow out of a cross-laminated timber panel with dimensional accuracy. "An order like this isn't very difficult, but it's all the more exciting for it," says the machinist, "I've never made something that was then researched."

The two plates – one with, one without acoustic black holes – were subjected to a vibration analysis at Empa. In this measurement, sound is conducted into the test body as a vibration over the entire relevant sound spectrum. A laser measures the vibration of the test panels in a grid pattern at several points. The measured values can then be used to calculate how the vibration moves through the plate – and whether the milled-out dents actually "capture" the sound and cause it to dissipate in the form of heat. 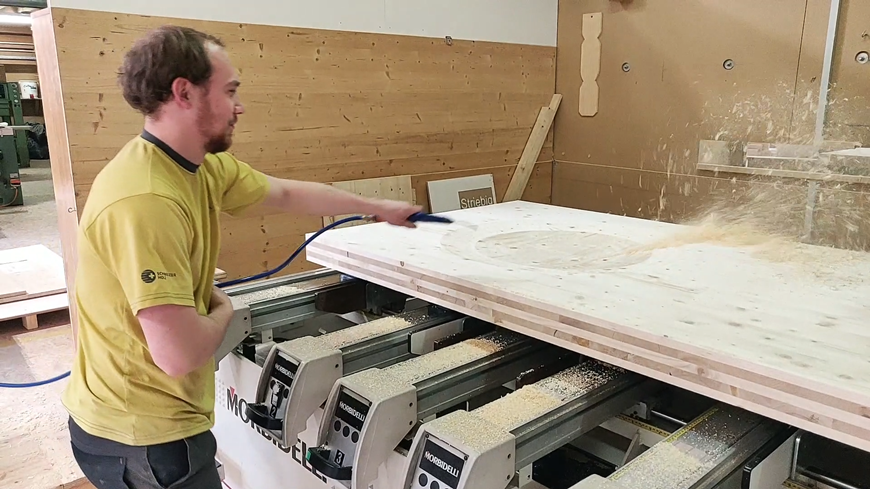 Ten years ago, such a series of experiments would not have been feasible. Even modeling the vibration of a small bandwidth range was a dissertation in terms of computational effort. Today, Schoenwald and Vallely calculate the entire acoustic spectrum in one afternoon and make the vibrations immediately visible as a visualization. The goal of the experiment is to examine whether the simulated results correspond to the measured values. After all, if the computer model corresponds to reality, all possible parameters can be changed on the computer almost free of charge, without having to make a new test plate each time. In this way, the sound reduction can be calculated for wooden elements all over the world without time-consuming experiments. This means that sound reduction can be optimized for wooden elements of all possible sizes and geometries without time-consuming experiments.

Result of the tests: The measured values agree very well with the model calculation. Stefan Schoenwald is very satisfied with a deviation of only about 5 percent. This deviation can be explained by the production of the boards and the natural variation of the wood, adds Vallely. The next tests with the test panels manufactured in Seewen will now follow: "We are currently working on the impact sound measurements, which we are carrying out in accordance with international standard specifications. The next step is to confirm the fire protection and structural properties," explains Schoenwald. These further tests are intended to ensure that the cross-laminated timber boards not only insulate sound at least at the standard market level, but also obtain all the necessary certifications for use in construction.

Stefan Schoenwald describes how the boards work like this. "When insulating impact sound, I have to keep three properties in mind at the same time: the mass of the component on the one hand, its stiffness and damping on the other. Stiffness and damping contradict each other – a soft component can be damped well, a stiff component less well." Schoenwald gives an example: "Classic solid wood ceilings are both light and stiff – so two unfavorable properties are combined here." One possible way out is to increase the mass of the component. In modern wooden houses, architects therefore install thick layers of gravel for weighting. That way, the wooden ceilings are less likely to vibrate if an adult walks across them or a child bounces around the home.

Schoenwald and Vallely are taking a different approach. "We make the wood ceilings extra soft in certain places so they can vibrate extra strongly there. At these points, we specifically dampen the vibration with a small amount of sand or gravel," explains Stefan Schoenwald. The same material, namely gravel, serves a completely different purpose here: "In our case, the gravel is not there for weighting. Instead, it is supposed to move and convert vibration into heat through its internal friction."

The result: A wooden ceiling with acoustic black holes is much lighter than a conventional ceiling and yet dampens impact sound much better. The structurally advantageous stiffness of the entire ceiling structure is retained.

The research on acoustic black holes is financially supported by the environmental technology funding of the Federal Office for the Environment (FOEN). From the initial idea to the current results, the entire project took only about 24 months. Now that the series of tests has been completed, the scientists still want to develop a method that automatically points out the best arrangement and shape of the acoustic black holes to the desired floor size and shape. This would make the method applicable to architects and civil engineers who want to apply the revolutionary damping method directly in newly built houses. The only thing missing now is an industrial partner interested in producing and distributing acoustic black holes for modern wooden buildings. 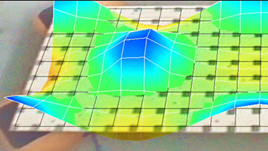 Radio program on SRF2 Wissenschaftsmagazin of June 11, 2022, in German