Multi-resistant pathogens are a serious and increasing problem in today's medicine. Where antibiotics are ineffective, these bacteria can cause life-threatening infections. Researchers at Empa and ETH Zurich are currently developing nanoparticles that can be used to detect and kill multi-resistant pathogens that hide inside our body cells. The team published the study in the current issue of the journal Nanoscale. 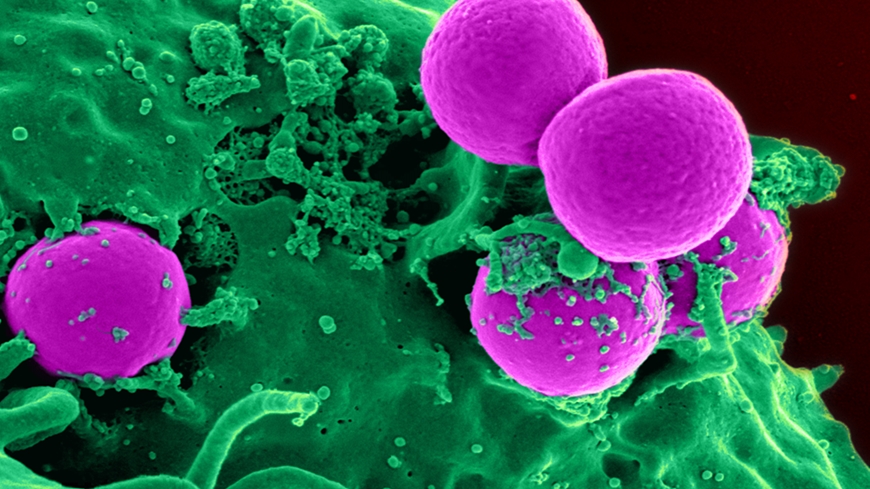 In the arms race "mankind against bacteria", bacteria are currently ahead of us. Our former miracle weapons, antibiotics, are failing more and more frequently when germs use tricky maneuvers to protect themselves from the effects of these drugs. Some species even retreat into the inside of human cells, where they remain "invisible" to the immune system. These particularly dreaded pathogens include multi-resistant staphylococci (MRSA), which can cause life-threatening diseases such as sepsis or pneumonia.

In order to track down the germs in their hidouts and eliminate them, a team of researchers from Empa and ETH Zurich is now developing nanoparticles that use a completely different mode of action from conventional antibiotics: While antibiotics have difficulty in penetrating human cells, these nanoparticles, due to their small size and structure, can penetrate the membrane of affected cells. Once there, they can fight the bacteria. 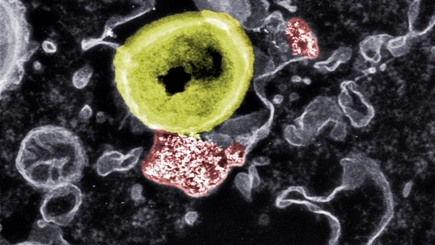 The team of Inge Herrmann and Tino Matter has used cerium oxide, a material with antibacterial and anti-inflammatory properties in its nanoparticle form. The researchers combined the nanoparticles with a bioactive ceramic material known as bioglass. Bioglass is of interest in the medical field because it has versatile regenerative properties and is used, for example, for the reconstruction of bones and soft tissues.

They then synthesized flame-made nanoparticle hybrids made of cerium oxide and bioglass. The particles have already been successfully used as wound adhesives, whereby several interesting properties can be utilized simultaneously: Thanks to the nanoparticles, bleeding can be stopped, inflammation can be dampened and wound healing can be accelerated. In addition, the novel particles show a significant effectiveness against bacteria, while the treatment is well tolerated by human cells.

Recently, the new technology was successfully patented. The team has now published its results in the scientific journal Nanoscale in the Emerging Investigator Collection 2021. Tino Matter is currently working on bringing the novel technology to market. His startup anavo medical has already celebrated several successes – among others, it was one of the three Swiss Technology Award finalists. 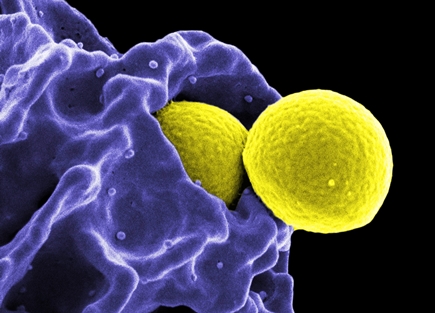 Among bacteria, there are some particularly devious pathogens that penetrate into cells and are thus invisible to the immune system. This is how they survive times when the body's defense is on alert. This phenomenon is also known for staphylococci. They can retreat into cells of the skin, connective tissue, bones and even the immune system. The mechanism of this persistence is not yet fully understood.

Staphylococci are mostly harmless germs that can be found on the skin and mucous membranes. Under certain conditions, however, the bacteria flood the body and cause severe inflammation, or even lead to toxic shock and sepsis. This makes staphylococci the main cause of death from infections with only one single type of pathogen.

The increasing number of staphylococcal infections that no longer respond to treatment with antibiotics is particularly precarious. MRSA, multi-resistant germs, are particularly feared in hospitals where, as nosocomial pathogens, they cause poorly treatable wound infections or colonize catheters and other medical equipment. In total, around 75,000 hospital infections occur in Switzerland every year, 12,000 of which are fatal. (Image: CDC/NIAID)

The particles' exact mode of action is not yet fully understood. It has been shown that other metals also have antimicrobial effects. However, cerium is less toxic to human cells than, for instance, silver. Scientists currently assume that the nanoparticles affect the cell membrane of the bacteria, creating reactive oxygen species that lead to the destruction of the germs. Since the membrane of human cells is structurally different, our cells are not affected by this process.

The researchers think that resistance is less likely to develop against a mechanism of this kind. "What's more, the cerium particles regenerate over time, so that the oxidative effect of the nanoparticles on the bacteria can start all over again," says Empa researcher Tino Matter. In this way, the cerium particles could have a long-lasting effect.

Next, the researchers want to analyze the interactions of the particles in the infection process in more detail in order to further optimize the structure and composition of the nanoparticles. The goal is to develop a simple, robust antibacterial agent that is effective inside infected cells.

Cerium: Jack-of-all-trades among the chemical elements 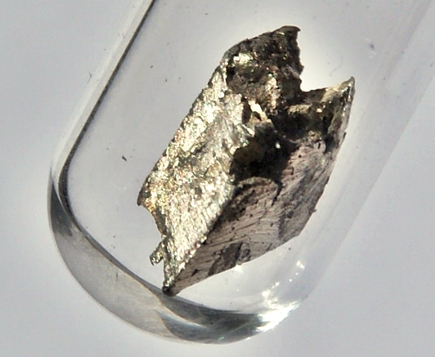 The chemical element cerium was unjustly named after the dwarf planet Ceres; the silvery metal is currently making a big splash. As cerium oxide, it is incorporated into car catalytic converters, and it is also used in the manufacture of products as diverse as self-cleaning ovens, windscreens and light-emitting diodes (LEDs). Its antimicrobial and anti-inflammatory properties also make it interesting for medical applications. (Image: Institut für Seltene Erden, Mönchengladbach/Germany)