Air quality in Switzerland has improved but is still not good enough. To continue the monitoring of air pollutants which has taken place for many years in Dübendorf, canton Zurich, federal government has opened a new station as part of its National Air Pollution Monitoring Network (NABEL). As well as showing whether air pollution control measures are working, it will also be used as a platform for research activities on new measuring equipment or new air pollutants. It will also provide information for the local population. 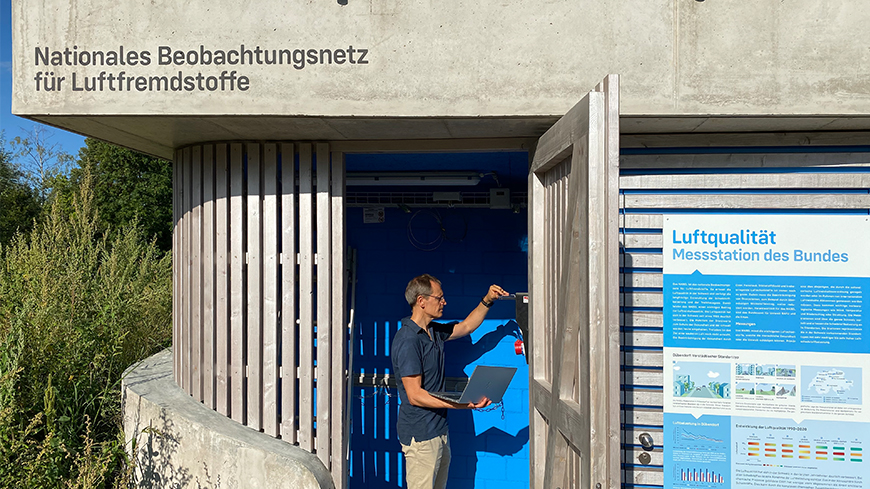 The historic Dübendorf monitoring station, which had been in operation since 1980 on the site of the Swiss Federal Laboratories for Materials Science and Technology (Empa), has been replaced by a modern station on the site of the Swiss Federal Institute of Aquatic Science and Technology (Eawag). It was officially opened by the two partners, the Federal Office for the Environment (FOEN) and Empa, on 23 September 2020. The aim is to ensure reliable data continues to remain available in future and to provide a comprehensive overview of air quality in Switzerland. This monitoring data is required to assess whether the measures are actually reducing emissions.

Although the contamination of the atmosphere by pollutants has decreased significantly over recent years, limits are still being exceeded in some cases, as the recently published NABEL 2019 annual report reveals (see boxes). The reduction of ozone concentrations in summer, particulate matter in winter and nitrogen compounds – particularly ammoniac – remains a challenge.

The new NABEL station in Dübendorf is located in Glatt Valley (Glatttal), between Dübendorf and Wallisellen, and its location type is classified as ‘suburb or smaller town’. The area surrounding Dübendorf is densely populated, has lots of industry and is traversed by a network of heavily used roads and railway lines. The monitoring station will be used as part of Empa’s research activities on air quality. It is equipped with a porthole, making it the only monitoring station in Switzerland to provide the public with an insight into its inner workings.

The National Air Pollution Monitoring Network (NABEL) with its 16 monitoring stations, operated by FOEN and Empa, records the level and development of air pollution throughout Switzerland. NABEL’s monitoring covers the main air pollutants which can be harmful to human health or the environment, whether they are contained in gas, particulate matter or precipitation. Priority is given to monitoring all air pollutants governed by the Swiss Ordinance on Air Pollution Control and those which must be monitored as part of international agreements on air pollution control (e.g. nitrogen dioxide, ozone, particulate matter and ammoniac, etc.). 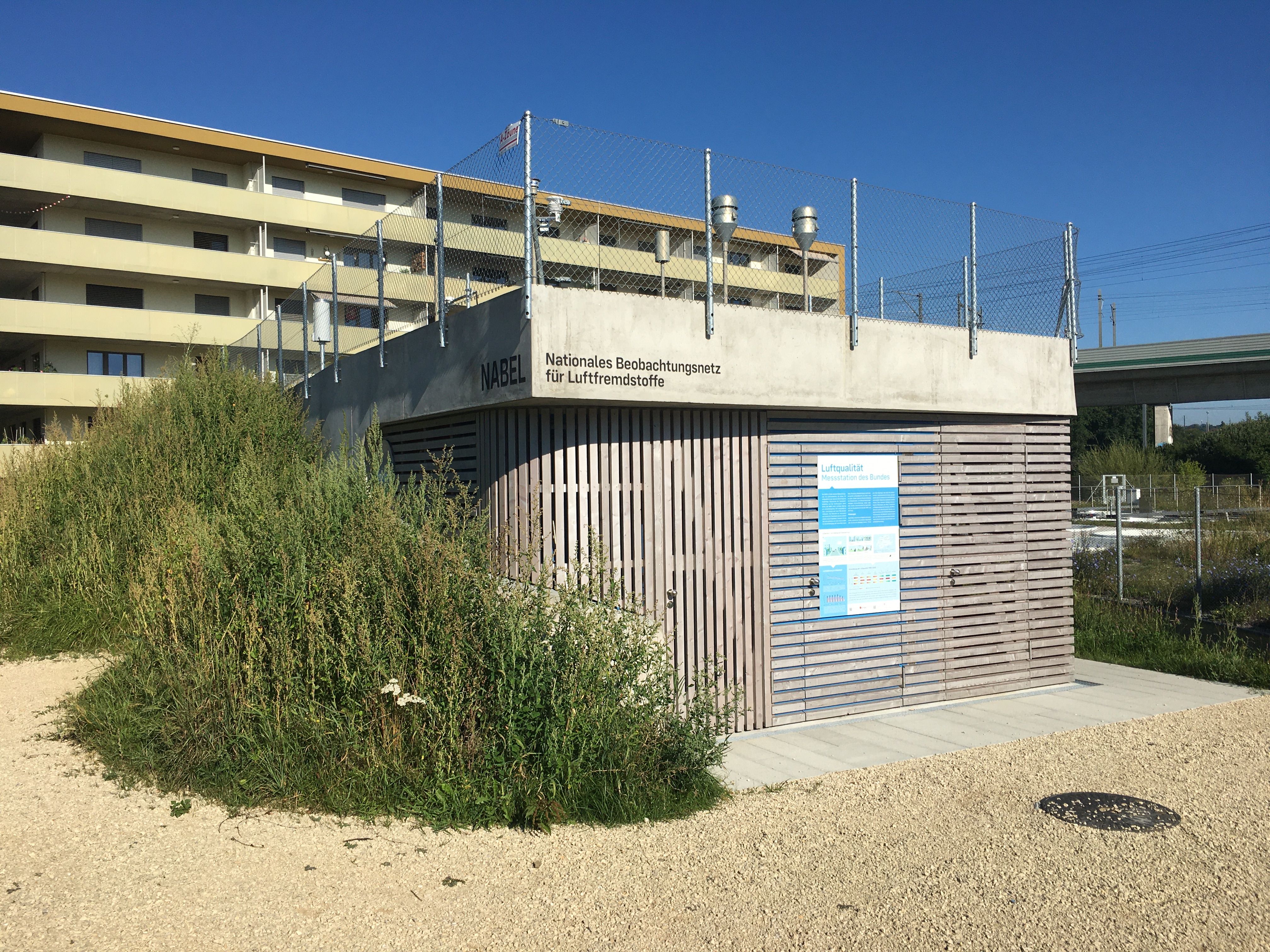 The early detection of new problems and requirements in air pollution control is a key joint task of FOEN and Empa. Mobility habits are constantly evolving and with them the impact on air quality. This in turn leads to the emergence of new issues and research areas.

On the technical side, developments in monitoring technology need to be tested in order to ensure the measurement of air pollutants is as efficient and conclusive as possible. For example, state-of-the-art laser spectrometers are being deployed at the new NABEL station and miniaturised and cost-efficient instruments for flexible and spatially condensed measurements are being tested. Newly emerging research issues concern pollutants for which no legal emission limits exist and the atmospheric dispersion of microplastic.

The new NABEL monitoring station in Dübendorf enables the monitoring of air quality to keep pace with technological developments to protect the population.

The concentrations of particulate matter and the heavy metals contained in it have declined significantly since the end of the 1980s. The recently published NABEL 2019 annual report shows a reduction in air pollution for all pollutants. For example, particulate matter contains around five times less lead today than 30 years ago and pollution by other heavy metals is also declining. As a result, the air is cleaner, but that still does not apply to all pollutants.

These measurements confirm that further measures to prevent pollutant emissions are required. In particular, the emission of ammoniac, nitrogen oxides, volatile organic compounds, inhalable particulate matter and carcinogens (e.g. diesel soot or benzene) must be further reduced. The technical possibilities for reducing emissions should be exhausted for all sources.