The major fire in Steckborn on December 21, 2015, was probably started by a lithium polymer battery in a model car, as the Thurgau cantonal police department recently announced. Battery experts from Empa have already conducted overcharging experiments on such batteries and provide tips on how to handle them safely. 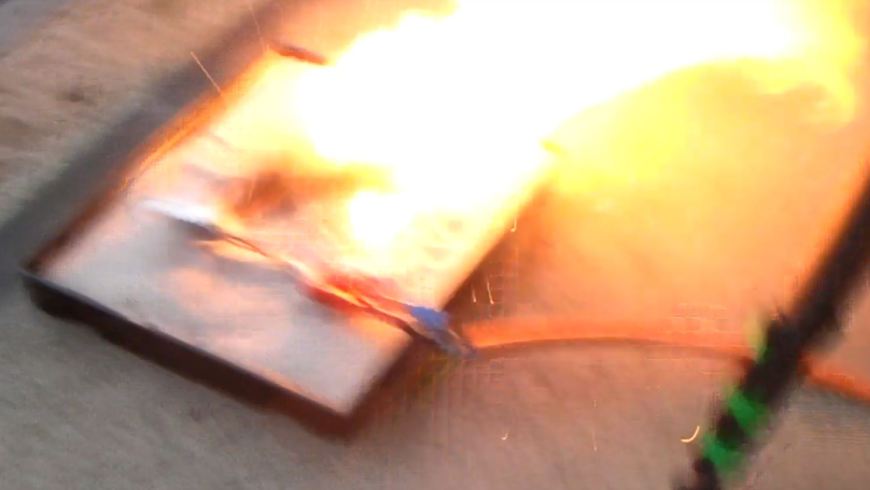 Violent explosion after the LiPo battery had been heavily overcharged for around 15 minutes.
Lithium polymer batteries (or LiPo batteries for short) are popular among model makers as high-energy storage devices. However, this type of battery is also used in smartphones, tablets, cameras and laptops. Now that one of these batteries evidently caused a blaze in Steckborn, which ripped through six buildings in the old town and left 30 people homeless, should we be afraid?
The results of the investigation conducted by the Thurgau cantonal police department were released on January 8, 2016. According to the report, the fire was started by a model battery plugged into a charger on the third floor of one of the buildings. The same day, Empa battery expert Donat Adams gave several interviews to journalists on regional radio and television stations, in which he explained the risks of LiPo batteries. 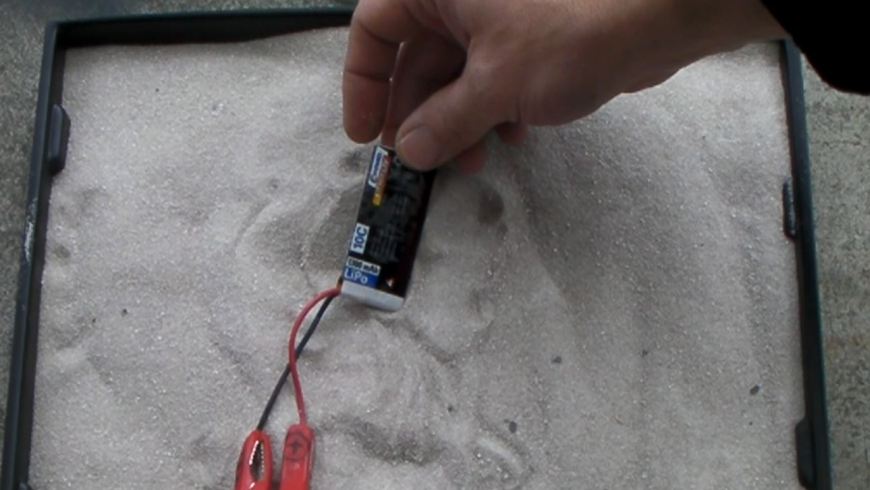 LiPo battery on a bed of sand prior to the test.

Only use the matching original charger

If handled correctly, the millions of LiPo batteries currently in circulation are harmless, stresses Adams. Normally, every battery-powered device comes with a matching charger, which ought to be used wherever possible to guarantee that the right charging voltage is applied. The battery should also be disconnected from the power as soon as it is fully charged. Cellphones, tablets and laptops are not dangerous, either, says Adams, as the corresponding charging electronics are already integrated in the device.
If a battery is connected to a charger that doesn’t switch off on its own, the battery can overheat, expand, give off hot gases and eventually burst into flames, as an impressive clip from Empa reveals: The Empa researchers had deliberately overcharged a commercially available, roughly 50-gram LiPo battery (1,300 mAh) extensively. The ensuing battery explosion could easily have set a room ablaze. Consequently, it is advisable to charge LiPo batteries only on non-flammable surfaces and keep an eye on them while they are plugged in.