Warmed up and raring to go

During cold-start, a car engine emits far more particulate matter and other pollutants than during warm conditions. This is because a cold catalytic converter is much less efficient at low exhaust gas temperatures. So what’s the answer? Preheat the cat with microwaves. Empa scientists have developed the first microwave converter heating for passenger car applications. 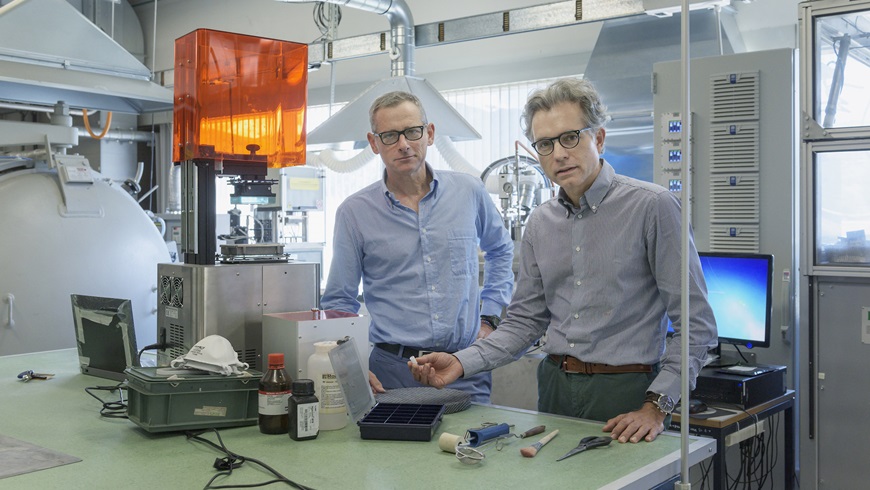 Internal combustion engines are currently under fire – time and again. The first issue was diesel soot, but that could be addressed with particle filters. Then, again with the diesel, harmful nitrogen oxides came into focus, which was (supposedly) tackled with complicated exhaust after-treatment systems. What tends to be overseen in the diesel debate: gasoline engines contribute to particulate emissions in the cities, too, especially in places where many engines do a cold start. 90 percent of all pollutants are produced in the first minute after a modern gasoline engine cold-start.

Or to put it in another way: the first 500 meters on the road pollute the air just as much as the next 5,000 meters provided the vehicle would be driven nonstop. Catalytic converters that warm up as fast as possible or – even better – already clean the exhaust gas efficiently during the first engine revolutions are thus vital for further significant air quality improvement. Potis Dimopoulos Eggenschwiler, an exhaust gas treatment specialist at Empa’s Automotive Powertrain Technologies Laboratory and his team, has worked in the last two years towards a solution for the cold-start problem. With the developed system a significant reduction of air pollution in urban areas is expected, given the high frequency of cold starts and the low distances travelled. The project is funded by the Swiss National Science Foundation (SNSF) and the Federal Office for the Environment (FOEN).

Heat transfer properties of a catalytic converter have to be tailored in order to allow fast heating to 300 degrees Celsius using as low energy as possible. After all, this energy has to be delivered by the vehicle’s power supply system. Dimopoulos Eggenschwiler proposes an open-pored structure with a special coating, which can be heated up by a small microwave transmitter within ten seconds – much like the microwave oven at home. Back in 2012, the Empa team already developed a particularly efficient catalytic converter: a ceramic cast of a polyurethane foam that swirls the exhaust gases more effectively and generates less counter-pressure than a catalytic converter with its conventional honeycomb structure.

Ceramics from the 3D printer

The foam-based catalyst then sparked the next idea: a polyhedral reticular structure made of thin ceramic struts that requires only a low amount of precious metal for reaching high pollutant conversion. “First of all, we looked for an ideal structure on the computer,” says Dimopoulos Eggenschwiler. “A structure that heats up rapidly, accelerates chemical reactions and impedes the gas flow as little as possible. Then we set about recreating the structure in ceramics.” Specialists at the Scuola universitaria professionale della Svizzera italiana (SUPSI) in Lugano constructed the lattice designed on the computer using stereo lithography, a kind of 3D print from liquids and UV light. Experts at Empa then coated the ceramics with silicon carbide, zirconium oxide and aluminum oxide – and the active catalytic converter substances consisting of platinum, rhodium and palladium. EngiCer SA, a company from Ticino, assumed manufacturing of the first small series und declared its interest to increase capacity should market demand be high enough. Also on board is the Swiss catalyst manufacturer HUG Engineering AG. 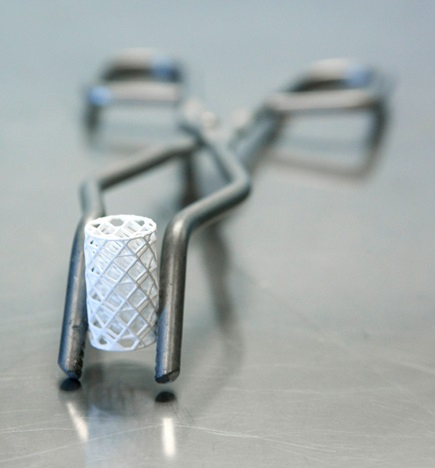 The geometric ceramic structure of the test catalytic converter designed on the computer. Specialists at Empa coated it with the catalytically active layer and tested the cleaning effect in an artificial stream of exhaust gas.

What is probably the world’s first 3D-printed catalytic exhaust converter lived up to expectations in field tests: in the exhaust from Empa’s model gas reactor the polyhedron-shaped cat actually cleaned the pollutants even more effectively than the 2012 foam based catalyst. In the wake of their successful initial lab tests using small model cats, the researchers are now talking to industrial partners to integrate one of these catalytic converters in full size in a test vehicle. The first application for testing these new developments on the dynamometer as well as on the road in a real vehicle is currently projected.

The next step for Dimopoulos Eggenschwiler will be to incorporate the microwave heating. “It’s important that we don’t heat up the entire ceramic structure,” he says. “We want to heat up just some segments of the catalytic converter by the microwaves that are generated by using precious battery power. As soon as the chemical reactions start, all the other parts will heat up themselves.” According to the exhaust gas specialist, one to two kilowatts can easily be diverted from a vehicle’s battery for ten to 20 seconds. “That should be enough.” As soon as the engine is running, the exhaust gas and the chemical reactions in the catalytic converter generate sufficient heat to keep temperatures high, at which point the microwave can be switched off. Cold start emissions could thus soon be a thing of the past.

Particles for breakfast
Particulate matter in city centers isn’t just caused by diesel vehicles without filters; gasoline cars also play a role – especially during cold start. A team of researchers headed by André Prévôt from the Paul Scherrer Institute (PSI) succeeded in demonstrating how these fine particles develop in a so-called smog chamber. The researchers collected exhaust gases from test vehicles in a 12-cubic-meter blow-up chamber with transparent Teflon film walls. Inside, the car exhaust gases are mixed with ambient air and irradiated with UV lamps for several hours to simulate a sunny day. The “fresh” exhaust gas now transforms into different substances: salt particles such as ammonium nitrate to mention one. The unburnt hydrocarbons oxidize in the air and form “secondary“ particles, which effects on the ambient air are examined by the scientists in detail. Some days, as much as 90 percent of the fine dust pollution can be generated in this way.
Images can be downloaded here.
Focus on car emissions 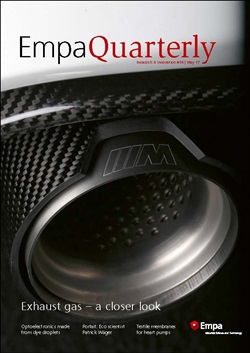