Congratulation! Yesterday "Mesh Mould", a partner project of NEST, won the Swiss Technology Award 2016 in the category "Inventors" at the 11th Swiss Innovation Forum in Basel. The award ceremony was attended by around 1'000 opinion leaders from Swiss economy, politics and society. "Mesh Mould", which was developed by a team at ETH Zurich, allows to build load-bearing concrete elements of any shape without formwork. 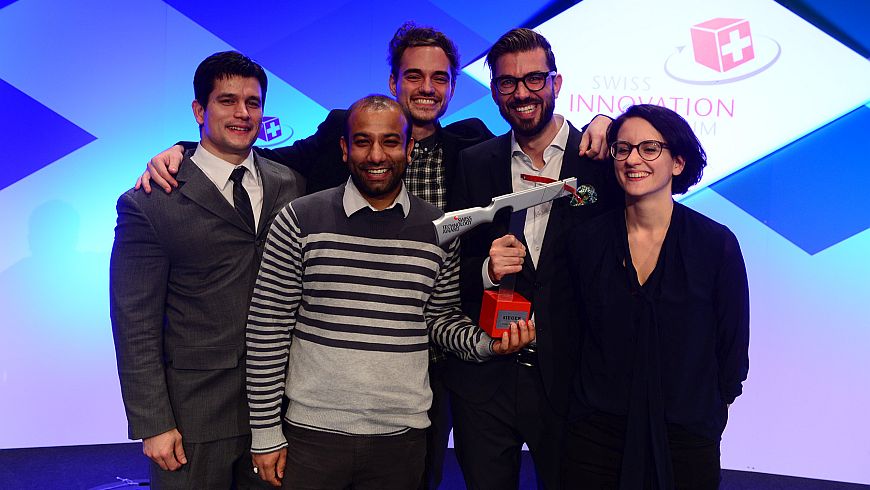 Each building that is constructed today is being built twice: Once as formwork that gives the fluid concrete its final shape and once in concrete itself. Especially in the case of individual buildings, the formwork can only be used once, before it ends up on the trash heap. This causes enormous material waste and immense costs. Norman Hack, project leader of "Mesh Mould", and his five-person team of ETH Zurich worked intensively to resolve this problem. With their novel solution approach they were able to convince the top-level jury of the Swiss Technology Award 2016. "We are very happy about the award that highlights the great potential of ‹Mesh Mould›", says Hack.

In 2017, "Mesh Mould" will be implemented on the modular research and innovation building NEST of Empa in Dübendorf as part of the Unit of the NCCR Digital Fabrication. The research team is already looking forward to this first real-world application at 1:1 building scale. Please read more here.