Environmental observations in the air and under water

A drone that can both fly and dive

A new dual drone can both fly and land on water to take aquatic samples and monitor water quality, for example. The drone was developed by researchers at Imperial College London and Empa and recently tested together with researchers at the aquatic research institute Eawag for the first time on Lake Zurich. 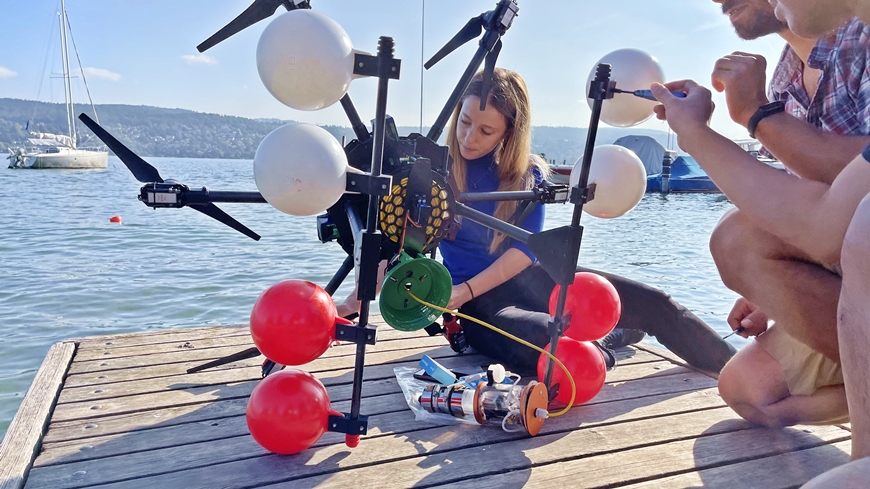 In the process, the "dual-robot" drone successfully examined the water for signs of microorganisms and algal blooms that can pose a threat to human health; in future, it could be used to monitor climate indicators such as temperature changes in Arctic waters.

The researchers developed the drone to make monitoring drones faster and more versatile in aquatic environments. Called the "Multi-Environment Dual Robot for Underwater Sample Acquisition", or MEDUSA in short, its unique design could also facilitate monitoring and maintenance of offshore infrastructure such as subsea pipelines and floating wind turbines. "MEDUSA is unique in its dual robotic design, with a flight component that allows it to access hard-to-reach areas, and a dive component that monitors water quality," explains Mirko Kovac, director of the Aerial Robotics Lab at Imperial College and head of the Robotics Center at Empa. "Our drone greatly simplifies robotic underwater monitoring by performing sophisticated tasks that would otherwise require boats or submarines." 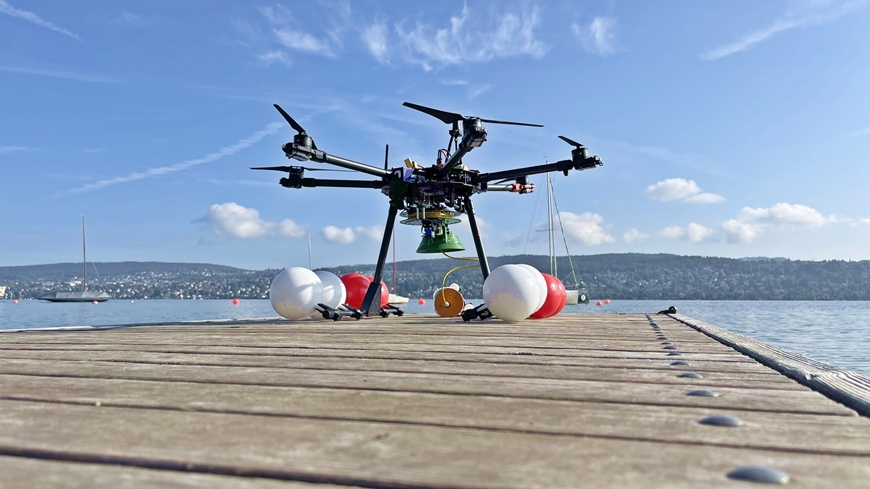 The MEDUSA drone at lake Zurich is ready for her test flight. Image: Empa

The drone flies with remotely controlled multirotors – lift-generating blades that rotate around a central vertical mast like helicopter blades. This allows MEDUSA to travel long distances, fly over obstacles, carry high payloads and maneuver through difficult terrain. After touching down on the water surface, MEDUSA decouples its tethered mobile underwater pod with camera and sensors, which can sink to depths of up to ten meters. The exact depth and three-dimensional position of the pod can be controlled remotely by the drone's pilot using buoyancy control and jets, guided by real-time video and sensor feedback from the pod.

After sampling, the drone retracts the pod, lifts off the water and flies back to its starting point. While the underwater pod is new, the aerial drone is an industry standard, so MEDUSA systems are rather easy to design and combine with industrial drones.

Clues to the aquatic climate 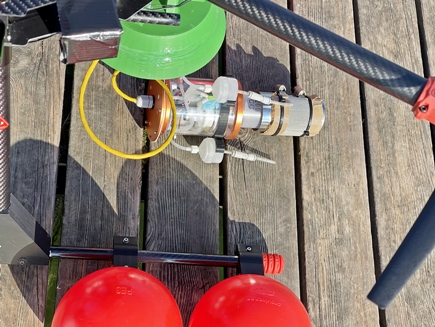 Ecologists typically use boats to reach and monitor remote marine areas. MEDUSA could reduce the risk to people in these hard-to-reach places, such as the Arctic Ocean, where changes in ocean temperatures, acidity, salinity, and currents can provide important clues to global climate change.

"We can learn a lot from the world's oceans and other bodies of water. By monitoring ecological parameters, we can identify trends early on and better understand the factors that influence water quality and climate," says Kovac. "MEDUSA's unique ability to get to hard-to-reach places and collect water imagery, samples and measurement data will be invaluable to ecology and water research, and could improve our understanding of local climate in hard-to-reach environments like the Arctic." 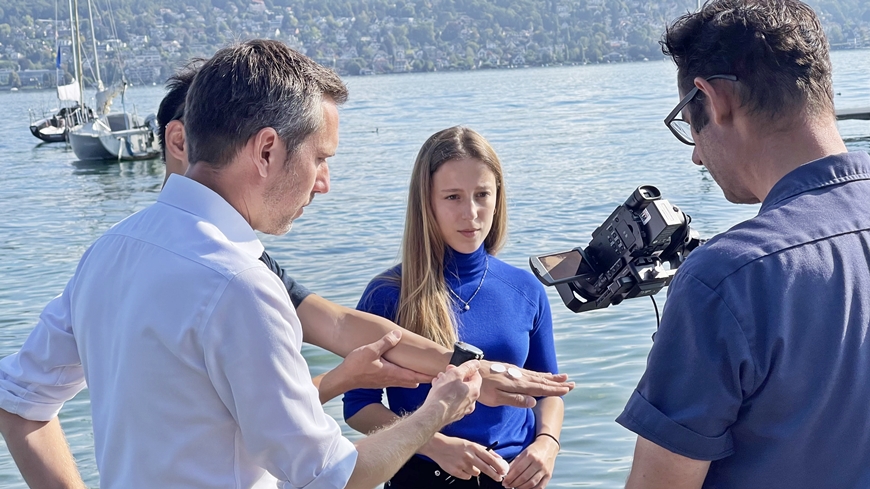