In cooperation with Empa, the Austrian Space Forum (ÖFW) is developing the "Serenity" space suit - a prototype for a Mars suit. The two partners have now signed a cooperation agreement to work even more closely together on the development of the prototype. The cooperation focuses on optimising the wearing comfort and heat regulation system of "Serenity" based on body models developed at Empa. 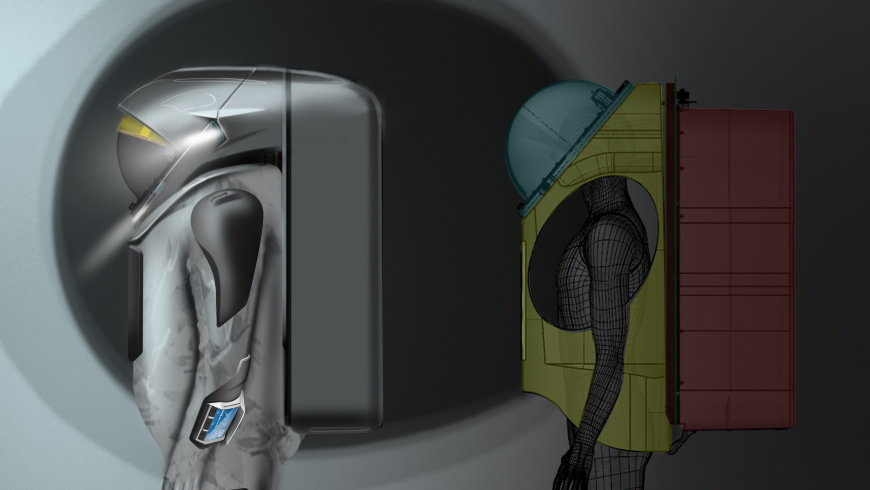 Serenity: This is the name of the new Mars suit prototype currently being developed by the Austrian Space Forum (ÖWF). It will be used in an international Mars mission simulation in the Negev Desert in Israel in 2020 under Austrian leadership. Six so-called analogue astronauts will test experiments and procedures for future astronautical and robotic exploration of the Red Planet.

Since the analog astronauts work continuously in the Mars suit prototype, great importance was attached to optimising wearing comfort and ergonomics. To this end, the ÖWF has entered into cooperation with Empa's Department of Biomimetic Membranes and Textiles. Dr. Simon Annaheim, scientific group leader of the research group "Bodymonitoring" at the Empa department, commented: "Empa has developed a broad spectrum of body models and is an internationally recognised specialist for wearing comfort. It was very interesting for our research group to work together with the ÖWF as a competent partner for space suit development in the context of future Mars expeditions and to validate Serenity's new carrying system through a series of tests. This has shown that the new Mars suit prototype achieves significantly better ergonomics and load distribution compared to the previous model". 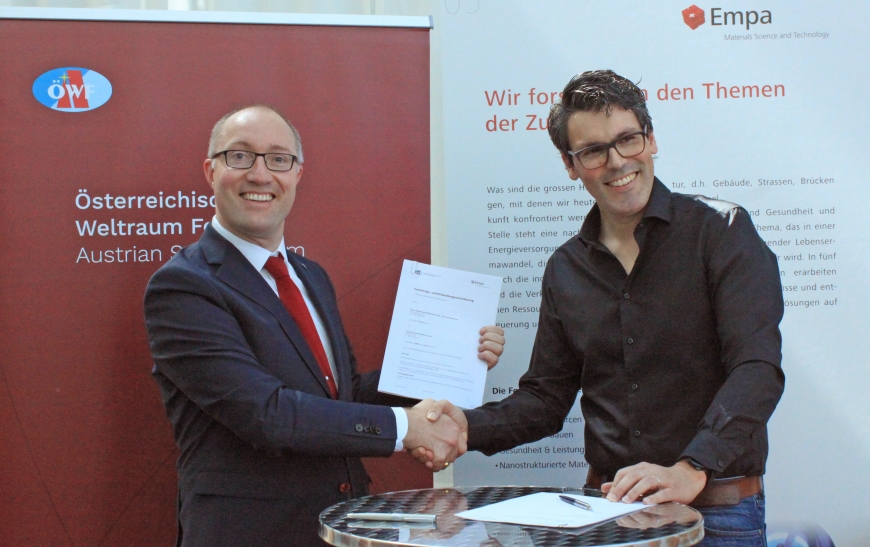 The close cooperation is to continue: On 18 April, the two partners signed a cooperation agreement. "With this cooperation agreement, the ÖWF and Empa are launching a joint research and development project that will make a significant contribution to optimizing suits for analog astronauts and astronauts," explains Dr. Gernot Grömer, Administrative Director of the ÖWF, and adds, "We will be able to test the efficiency of the heat control system of our prototype under state-of-the-art laboratory conditions. Empa has outstanding expertise when it comes to evaluating such systems".

"Together with ÖWF as the Austrian partner in astronautical space travel, Empa will develop a unique European know-how for the optimisation and further development of space suits, which will also play an important role for future Mars missions. Material and technology development in space travel play a pioneering role for developments also in the textile sector", explains Annaheim.

About the austrian space forum

The Austrian Space Forum (ÖWF) is one of the world's leading organisations in the field of analogue research preparing for astronautical space travel. Space specialists as well as experts from various disciplines form the basis for this work within the ÖWF. Together with national and international research institutions, industry and companies from various sectors, research is carried out here at the highest level. The ÖWF uses its excellent contacts with opinion leaders, politicians and the media to promote and publicize Austrian cutting-edge research and technology internationally. In addition, the Austrian Space Forum is one of the most important educational institutions in Austria when it comes to space travel and to inspiring young people for science and technology as well as giving them access to this sector. In addition to supervising university work, the ÖWF also offers students the opportunity to expand their knowledge through internships.