A tightrope walk for fresh air

At 3500 meters above sea level, research is sometimes quite adventurous. In order to be able to supply Empa's air analysis station on the Jungfraujoch with "clean" samples, a team of researchers and professional climbers installed a new air intake – 50 meters outside the station on a narrow ridge above the abyss. 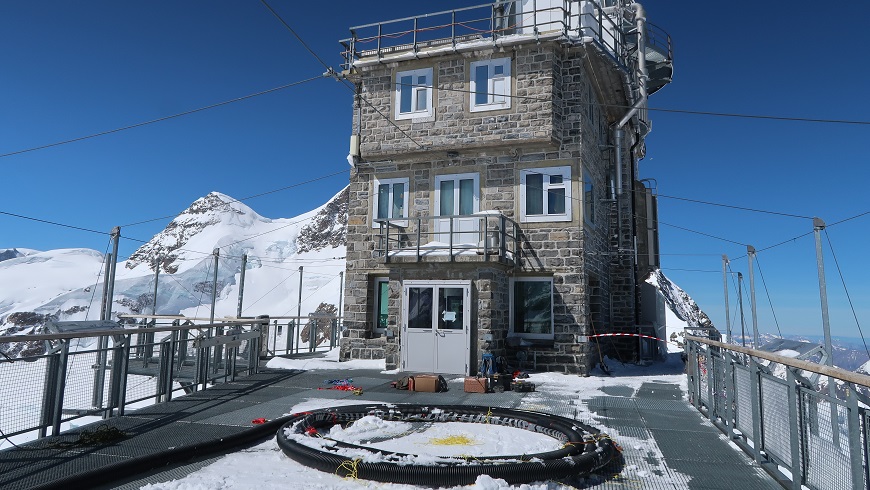 The research station on the Jungfraujoch is being given a new air intake. Photo: Empa

The research station on the Jungfraujoch is the highest in Europe. The air at this altitude is a veritable treasure trove of information on the development of pollutants and emissions across the continent. In order to be able to study this air, however, it must be drawn in from the atmosphere. Until now, this has been done on the roof of the building – the so-called Sphinx. But the Sphinx is not only used by Empa researchers for their work, but its viewing platform also attracts thousands of tourists every day. In addition to direct emissions from tourists, there are also numerous local emissions on the Jungfraujoch, for example from construction work or from refrigerators and foams, which can distort the air samples analyzed by the researchers.

A team led by Martin Vollmer from the Empa's Air Pollution / Environmental Technology lab therefore decided as early as 2012 to draw in air 50 meters from the Sphinx in order to have even cleaner air available for analysis in the future. In addition, a total of nine hoses were to supply air samples to various measuring instruments, which are also heated. This ensures that the tubes do not freeze at the minus temperatures on the Jungfraujoch. These requirements then led to tests lasting several years and a project plan which has now been implemented.

Thanks to the lockdown

The total of nine individual hoses are located in thermally insulated triple packs within a protective tube with a total diameter of 16 centimeters. This structure is a whole hundred meters long and was transported to the Jungfraujoch in an elaborate undertaking and then assembled in the rock above the ridge. The Foundation "Hochalpine Forschung Jungfraujoch and Gornergrat" hired the companies Geotest and RockTec, who also carry out mountain safety measures on the Jungfraujoch. It was the experienced climbers who stretched the 500 kilogram hose from the Sphinx over the ridge.

But the climbing section was not the only challenge. Just the preparation alone presented the researchers with difficulties, as the three hose packages first had to be pulled through the protective tube: not an easy task at 100 meters. The team benefited from the Corona lockdown, because the car park in Grindelwald Grund was completely empty due to the lack of tourists and thus offered enough space to lay out the individual parts, roll them up and then pull them into the main hose. However, the monster was too big to be transported in the lifts of the Jungfraujoch station. An Air Glacier helicopter therefore flew the hose reel to the Sphinx, where it remained for two days: the bad weather put a damper on the planning. It was only later that laying could begin.

1 / 13
Three air hoses are tied into a "package" and protected in an insulating tube. The researchers then had to pull a total of three of these 100 meter-long insulated hoses through the protective tube – a converted water drainage pipe. Picture: Empa
2 / 13
The researchers were able to lay out the pipe at the Grindelwald Grund car park. Picture: Empa
3 / 13
A helicopter from Air Glacier finally brought the monster to the Jungfraujoch. Picture: Ruedi Käser, HFJSG
4 / 13
The weather was too bad on the first day to start the work. Picture: Empa
5 / 13
6 / 13
The next day, on the other hand, was perfect, and so the RockTec company, together with the Empa researchers, was able to start laying the pipe. Picture: Empa
7 / 13
8 / 13
9 / 13
10 / 13
11 / 13
12 / 13
13 / 13
The inlet guard, which was specially developed at Empa, ensures that the hoses do not become blocked in snowfall. Picture: Empa
❮ ❯

New ground for all involved

Since no one had dared to undertake something like that before, the planning alone was a challenge. "Nobody has any expertise in this field," Vollmer explains. Creativity was also often called for. The main hose, for example, is nothing more than a converted seepage water drainage pipe. And the researchers also had to pay attention to optics in the planning stage, because who wants to see a black protective pipe stretching across the picture in the beautiful photographs of the Jungfraujoch?

So the pipe was laid on the south side – the less photogenic side of the Sphinx. At the end, a core bore was drilled through one meter of wall to bring the pipe into the building before it was pulled up the old elevator shaft of the Sphinx to the laboratories. The final stage followed a week later, when the inlet guard specially developed at Empa was fitted to the tubes at the outer tip of the ridge. This ensures that the upward facing openings of the tubes are not cut so that they can deliver highly precise and reliable air samples to the measuring station even at the frequent sub-zero temperatures on the Jungfraujoch. 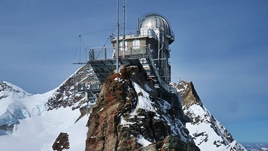 Radio programme on SRF2 Wissenschaftsmagazin of May 30, 2020, (in German) 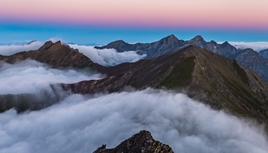 Atmosphere researchers at Empa have discovered air pollutants which are prohibited at the measuring station on the Jungfraujoch. Empa researcher Martin Vollmer explains where the pollutants could come from. Picture: Damian Markutt for Unsplash. Radio programm on SRF2 Wissenschaftsmagazin of June 6, 2020 (in German)