Scarves and watches made with Empa technology

A golden era for "fashionistas"

The gold thread developed at Empa is having extensive repercussions. Hot on the heels of a dessous collection being refined with the new technology, scarves and luxury watches are now also available. A long journey for the classy high-tech fibres from the Empa laboratory to the catwalks of the world. 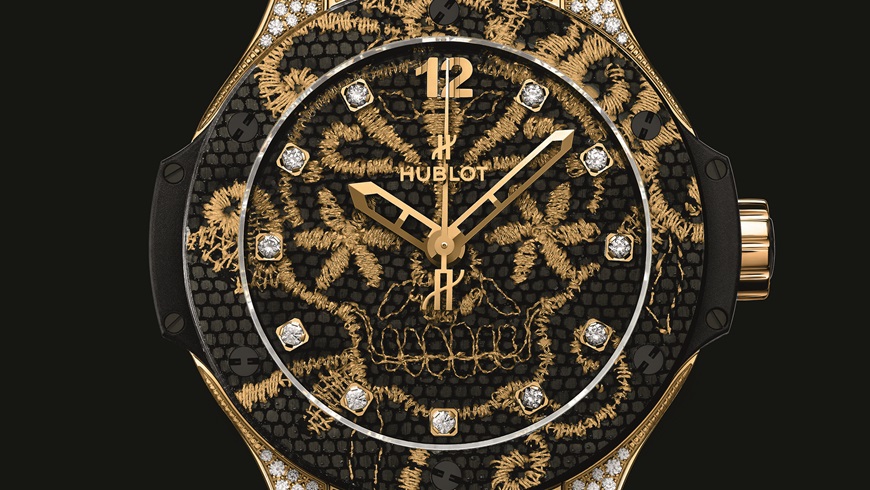 The "Big Band Broderie" from Hublot, decorated with gold threads from Empa. 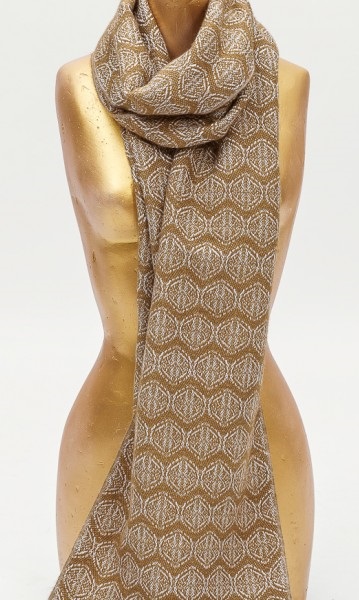 An Empa innovation is gradually conquering the fashion industry. The success story began two years ago with classy dessous, decorated with 24-carat gold threads; not long ago, these gold threads also made their first appearance in the upmarket watch industry, otherwise known as haute horology: the watch manufacturer Hublot started using the gold-covered threads from Empa to decorate its watch faces. Precision craftsmanship with genuine spun gold. The gold thread for this is manufactured pursuant to an Empa patent at Tersuisse Multifils SA in Emmenbrücke.

Empa carried out over ten years of basic research to develop a gold thread that was as smooth as conventional textile fibres and yet also resistant to abrasion. Admittedly, gold embroidery was already popular in previous decades, but such golden splendour generally did not last long. In those days, a gossamer-thin gold thread was wound around a cotton or silk thread, but the result was scratchy and not very flexible, and machine washes were out of the question. In contrast, the new gold fibres from Empa can withstand up to six hours in a washing machine at 80 degrees (even so, hand washing is recommended for precious textiles).

The fact that the gold thread is so robust is down to the manufacturing process developed at Empa, in a vacuum coating facility containing the fibres to be coated and a 24-carat gold nugget. The nugget is bombarded with electrons, as a result of which individual gold atoms break away – they all but vaporise at room temperature – and land on the fibres. Around 100 such polyester fibres produce one thread. For the face of the Big Band Broderi watch collection, the gold thread is also embroidered on carbon fibres, dipped into synthetic resin and compressed. After all, the hands of the watch must not stick on the embroidery pattern.

Warming gold for the winter months

Something that looks good around the wrist will also look glamorous draped around the shoulders. At the heart of the European stronghold of the textile industry in St. Gallen, golden scarves and foulards have been in production since a few weeks ago. The Swiss textile designer Kyrill Höhener does not create off-the-shelf items with the gold thread; rather, he produces individually hand-woven items from 24-carat gold – on decades-old family-owned weaving looms. The recently launched luxury collection included several golden items. Up to 2,000 individual fibres are processed on the looms to make one scarf; even setting up and preparing the loom takes several days. No wonder then that buyers of such a scarf are not just wearing a simple piece of clothing, but a piece of pure luxury, each one incorporating a wealth of Empa technology and know-how.
Informations