Teaching fungi how to write

Spalted wood is a highly sought-after material in the high-end furniture industry. In a newly developed process, Empa scientists have succeeded at controlling the spread of fungi in native wood types to create elaborate marblewood pictures – and even taught the fungi to write some words. 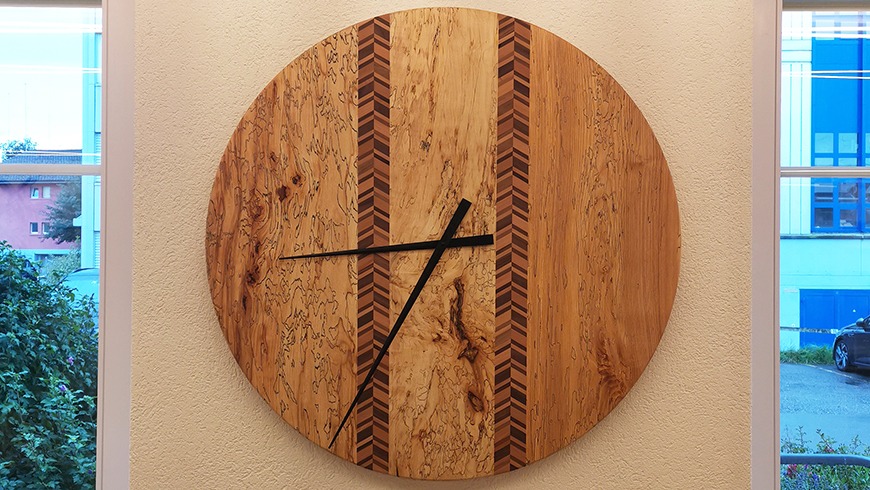 A clock 1 meter in diameter made of spalted ash, beech and maple wood using the soft rot fungus Kretzschmaria deusta. The wood was manufactured under controlled conditions and is adorned by dark boundary lines - a unique specimen created by Empa's industrial partner, Koster Holzwelten AG. Image: Empa
Fine black lines spread elegantly across the clock face made from pale, fine-grained timber of ash, beech and maple. Although this intricate pattern evokes a picture of serenity, it is actually the result of a vigorous struggle. The lines mark boundaries where different cultures of fungi have clashed and fought for territory and resources in the wood. By drawing up their opponent, the fine threads of the fungal community not only protect their colony, but also prevent bacteria and insects from entering their domain. Moreover, this defense strategy ensures an ideal amount of moisture in the wooden habitat, allowing the fungus to thrive. 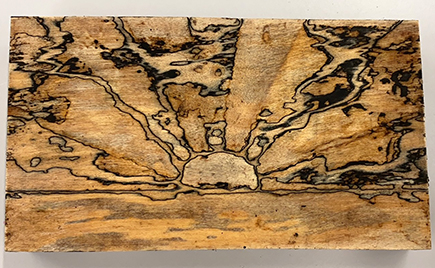 In a specially developed process, Francis Schwarze's team has succeeded at controlling the spalting process of various fungi, thus creating pictures in the colonized wood such as a sun set. Image: Empa
In nature, one of the purposes of fungi is to cause the decay of wood – and although this natural process may seem basic, it is, in fact, quite spectacular. Each decaying piece of wood is uniquely patterned with colors and lines, artfully displaying the synchrony of life and death. This characteristic has made decayed wood a sought-after resource for thousands of years, especially for the production of furniture. However, naturally obtained decaying wood from the forest floor may take several years to grow fungal-induced patterns, and there is no guarantee that the quality of the wood will suffice for its transformation into a functional item. Empa researchers from the Cellulose & Wood Materials lab led by Francis Schwarze have developed a technology, with which native hardwoods such as ash, beech and maple can be specifically treated with fungal cultures so that patterns in the wood can be controlled while retaining the stability and shape of the wood.

Schwarze's team identified several fungi growing in nature and analyzed them in the lab to select those with the best properties as wood finishers. Depending on the combination of fungal species, dark lines caused by the pigment melanin appeared in the wood. Melanin is water repellent, antimicrobial and protects the fungus from natural competitors, for example bacteria. The researchers could even control the patterns in the wood depending on the type of fungi they used, bringing forth different results; some lines were scrambled, others almost geometrically perfect. And last but not least, the team could even "teach" the fungi to write words – a world's first. 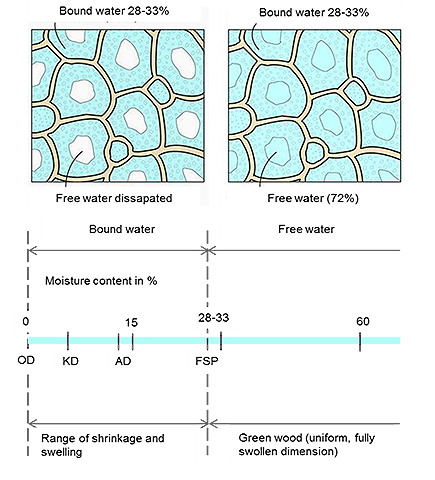 While the fungus can be controlled to deliver the desired artistic result, the outcome of the process is also owed to research in the area of wood processing. Most fungi can only colonize and degrade wood when fiber saturation occurs, i.e. when the moisture of the wood is greater than 28-33%. In this case, freely available water is present inside the cells, which is essential for the growth of most fungal species. The advantage of the fungi used is that they can colonize wood even at a low wood moisture of 20% because they penetrate the cell walls in the absence of water and use the bound water for their growth. Thus, these fungal species become more competitive and the risk of contamination is greatly reduced. A further advantage is that after completion of the fungal treatment, the wood moisture is still very low and thus less energy is required for drying the wood.

Optimizing wood properties with the help of fungi is the research topic of Empa scientist Schwarze. His group focuses on the development of an industrial process for spalting wood in high-value furniture applications. Behind this project lie two incentives: one is to meet a high customer demand for spalted wood in the high-end furniture market. The other is that tree species favored for spalting are normally burnt as energy wood in Switzerland. Due to their abnormal growth formations and a seemingly unattractive coloring, the tree species in question – ash, beech and maple – have limited sales outside of energy wood. However, they are particularly receptive to spalting – and thus highly promising for adding aesthetic value to the upscale furniture market. 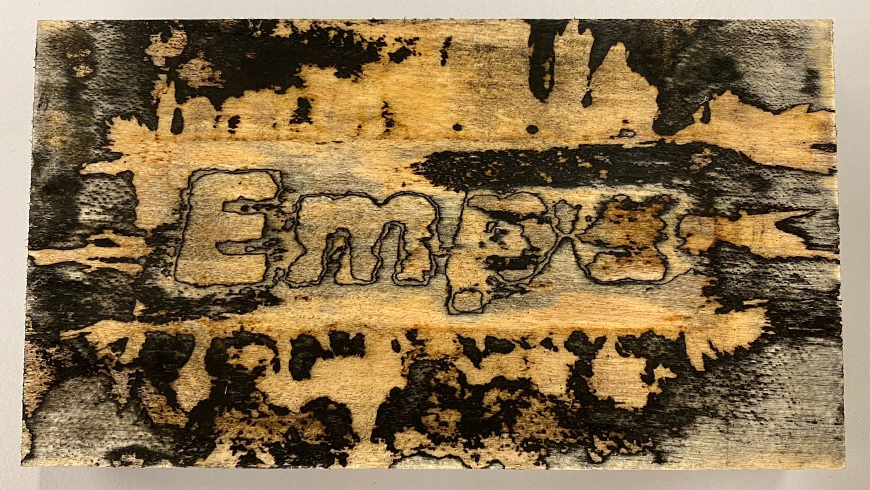 Journal "Materials & Design": The dark side of fungal competition and resource capture in wood: Zone line spalting from science to application (Jan 2021)